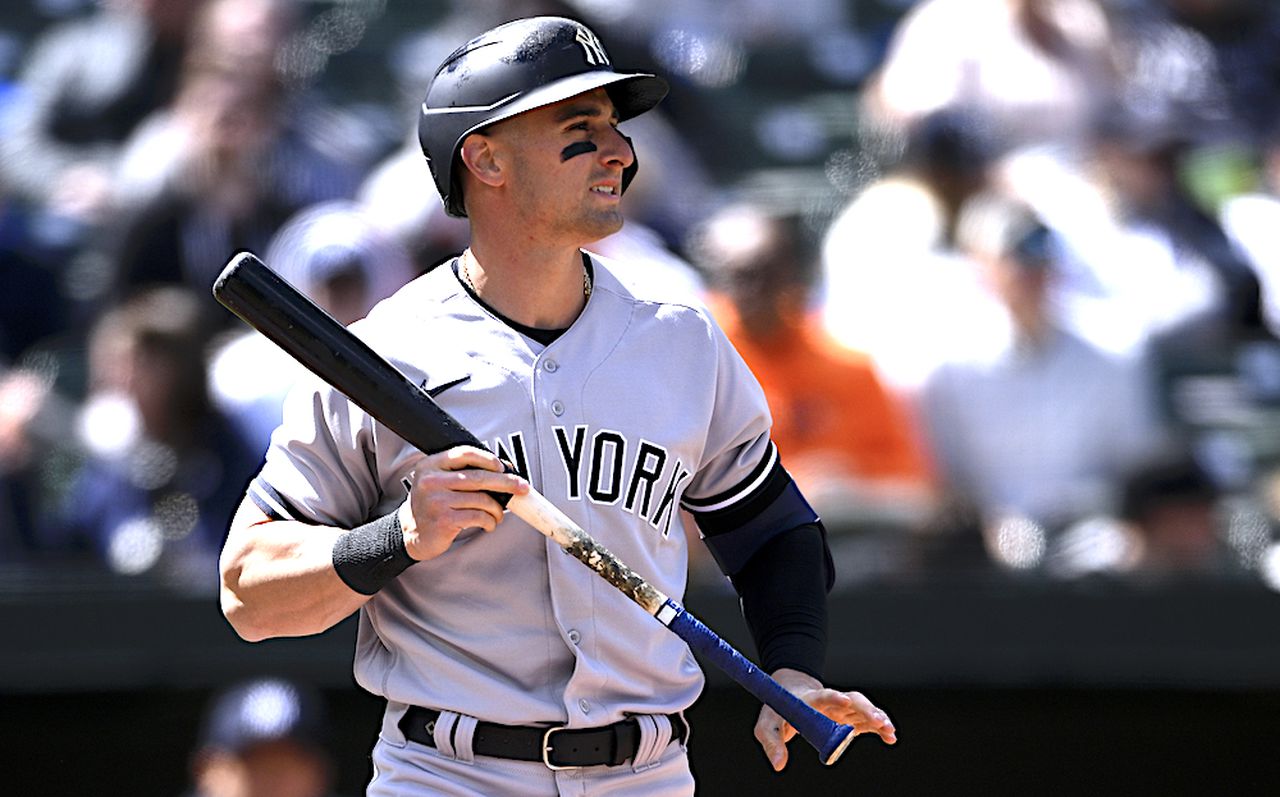 New York — Yankees slugger Giancarlo Stanton could miss a few weeks because of tendinitis in his left Achilles.

Limited to one at-bat during the final two games of last weekend’s series at Baltimore, the four-time All-Star was put on the 10-day injured list before Tuesday night’s Subway Series opener at the New York Mets.

New York made the roster move was retroactive to Sunday, which means Stanton could be activated starting Aug. 3. Outfielder Tim Locastro, a native of Auburn, was recalled from Triple-A Scranton/Wilkes-Barre.

Locastro played baseball at Auburn High School and at Ithaca College. After being drafted by the Blue Jays, he made his major league debut in 2017 with the Dodgers. He has also played for the Arizona Diamondbacks before being traded to the Yankees last season.

Locastro has played in 19 games for the Yankees this season, hitting .240 with 2 home runs, 4 runs batted in and 6 stolen bases.

Stanton woke up sore Monday and asked the Yankees’ training staff to schedule him for an MRI.

“It was right on the point he had talked about, where they found the tendinitis,” Boone said. “Hoping that it’s a minor thing.”

Stanton homered for the American League in last week’s All-Star Game at his hometown Dodger Stadium and was selected Most Valuable Player in the AL’s 3-2 victory. He was 0 for 10 with seven strikeouts since then against Houston and Baltimore and went 10 for 69 (.156) with five homers in July, dropping his season average to .228 with 24 homers and 61 RBIs for the AL East-leading Yankees.

Boone said if Stanton had felt this way during the postseason, he likely would have played through the injury.

“In the communication that he and I had, he was just kind of a little tired, a little beat up kind of the last couple of weeks,” Boone said. “I’ve kind of sensed that, but I don’t think there was anything to my knowledge that was specific to this. It was just kind of beat up. And then after not playing the last couple of days and then waking up the way he did, it kind of set off the alarm in his head.”

Stanton has played 38 games in the outfield, his most since 2018. Matt Carpenter was in right field against the Mets, entering with a .323 average, 14 homers and 35 RBIs in 93 at-bats since he joined the Yankees in late May. Before July 3, Carpenter had not played the outfield since 2014.

“He’s more than held his own out there,” Boone said. “I’ve been pleased with what I’ve seen so far. Obviously at times, middle, later part of the game when we’ve had some leads, we’ve been able to substitute in there. But I would say in my head at this point it’s gone better than I would have expected.”