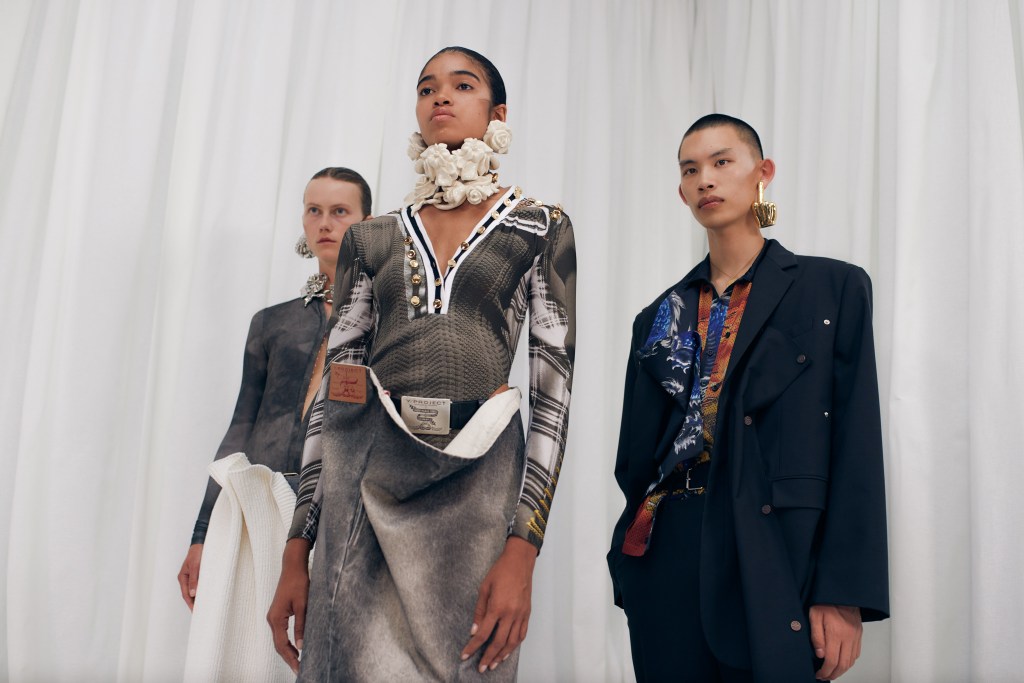 Y/Project is something of an outlier among fashion labels. While its signature twisted constructions sit at the cerebral end of the design spectrum, the Paris-based brand is also known for viral creations like janties, the term used to describe its high-waisted denim panties, or extra slouchy thigh boots worn by the likes of Rihanna.

Its designer, Glenn Martens, does double duty as creative director of Diesel, which he’s reviving with a Y2K aesthetic that’s been embraced by TikTokers and celebrities alike.

At the helm of Y/Project since 2013, Martens uses the label as an outlet for his experimental side, with transformable outfits that will have you either rejoicing or despairing in the changing room.

His coed collection for spring included deconstructed jackets and shirts with flyaway lapels and collars; tank tops and draped dresses suspended from invisible nylon thread, and a series of trompe-l’oeil prints from his ongoing collaboration with Jean Paul Gaultier.

”We really try to invite our customers to enjoy the garments and the game and play with it,” he said.

The label usually refrains from overt branding, but Martens used its jeans logo, which features an Eiffel Tower, as an oversized embroidery motif on skintight zipped denim jackets and second-skin tops.

After delving into the Gaultier archives for last season’s illusion motifs, he scanned signature Y/Project designs to use as photo prints. Not sure about those janties? Why not opt for a skirt that featured them as a print.

His boots were more unwieldy than ever, with curved-in heels that had models laboriously crunching their way down the raised gravel runway set up in the garden of a local high school. Accessories included earrings shaped like a hand raising a middle finger. They immediately popped up on social media feeds.

With its plethora of looks on offer, ranging from Gothic tulle gowns to frayed and weathered jeans, this lineup had a maverick quality that should quench Gen Z’s thirst for self-expression.