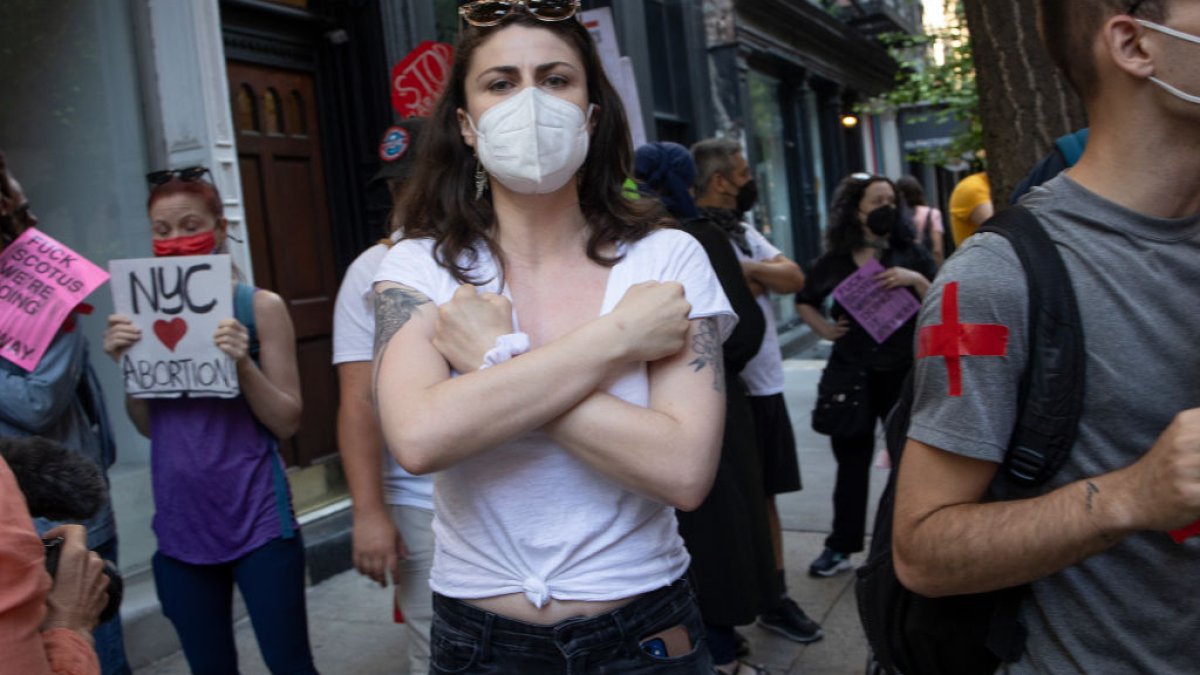 The decision upends 50 years of federal abortion rights and had been expected after a draft of the ruling was leaked in early May, a rarity for the Supreme Court.

States moved to shore up protections ahead of the widely expected reversal, including New York Gov. Kathy Hochul, who signed sweeping legislation protecting abortion rights earlier this month. But hundreds of thousands of Americans are still trying to understand how the historic U.S. Supreme Court decision affects them.

Abortion Law in the Empire State

In New York, abortion rights are theoretically protected by the 2019 Reproductive Health Act. In the words of the state Senate, the point of the law was to “codify Roe v. Wade protections into state law.”

The bill was signed into law in early 2019. Then-governor Andrew Cuomo celebrated the signing by having One World Trade Center lit up in pink that night.

In addition to codifying Roe vs Wade, the act moved abortion regulations into the state’s health code, expanded who could provide abortions and also extended the window in which women could have abortions.

According to the Guttmacher Institute, 16 states, New York and New Jersey among them, and the District of Columbia have laws that explicitly protect the right to abortion to varying degrees.

After the leak of the draft Supreme Court opinion that could overturn Roe v. Wade, misinformation about reproductive rights has spread far and wide across social media. A California bill on abortion rights, AB223, has been the focus of some falsehoods. MediaWise campus correspondent Vanessa Hardy breaks it down.