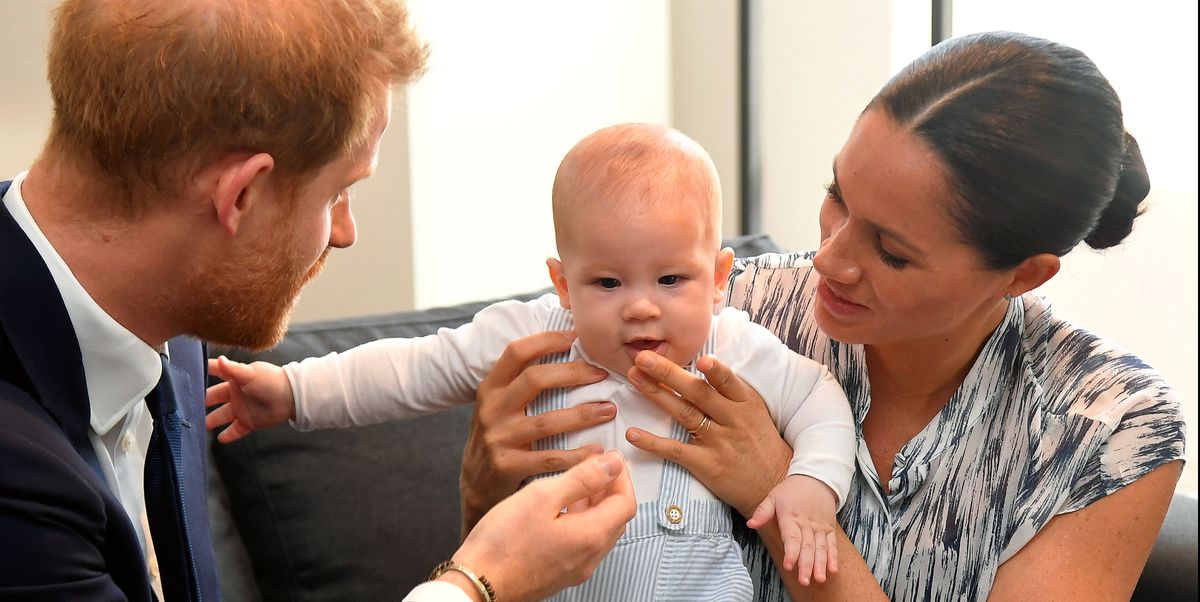 There’s officially a new theory circulating about why Prince Harry and Meghan Markle allegedly turned down an honorary royal title for Archie. This one comes courtesy of royal biographer and expert Andrew Morton, who is currently making the rounds doing tons of Sussex-specific press to promote the updated paperback edition of his book, Meghan and the Unmasking of the Monarchy: A Hollywood Princess.

According to Morton, Harry and Meghan passed on a title for their son because of fears that Archie might be bullied if they accepted. Apparently, this was not a general, kids-pick-on-royals fear and a much more specific concern because of the title Archie was in line to inherit.

“[Archie] could have taken the title [of] the Earl of Dumbarton, which is an honorary title, but [Harry and Meghan] decided against that because they felt that the word ‘dumb’ in the word ‘Dumbarton’ would have been used as mockery when Archie went to school,” Morton told Us Weekly of the Sussexes’ supposed reasoning.

It’s also worth noting that, in addition to the reason being up for the debate, the entire question of whether or not Harry and Meghan were even given a say in Archie’s status as a titled royal—honorary or otherwise—is a bit contentious. While early reports did suggest that the couple had made the decision to raise Archie without a title, Meghan offered a much different version of events earlier this year during the Sussexes’ sit-down interview with Oprah Winfrey.

“They didn’t want him to be a prince or a princess, which would be different from protocol,” Meghan said during the interview. “It was really hard.…This went on for the last few months of our pregnancy where I’m going, ‘Hold on a second. How does that work? If he’s not gonna be a prince, he needs to be safe.'”

Of course, Meghan was referring to the possibility of Archie being named a prince, while Morton is discussing an honorary Earl title, so it’s possible that both of these things are true—i.e. that the royal Powers That Be denied making Archie a prince and that Harry and Meghan then passed on the honorary title on his behalf.

When it comes to the Earl of Dumbarton issue, Morton seems to interpret it as a kind of PR issue, saying that the incident illustrates the Sussexes’ “sensitivity to image.” That’s one take, obviously, but even if Morton’s description of the decision-making process is accurate, doesn’t it feel more like a parents wanting to protect their kid from bullying thing than a “sensitivity to image” thing? Especially considering Harry and Meghan’s ample personal experience with bullying (you know, if we want to include death threats and being sent anonymous, racist letters under the umbrella of “bullying”).