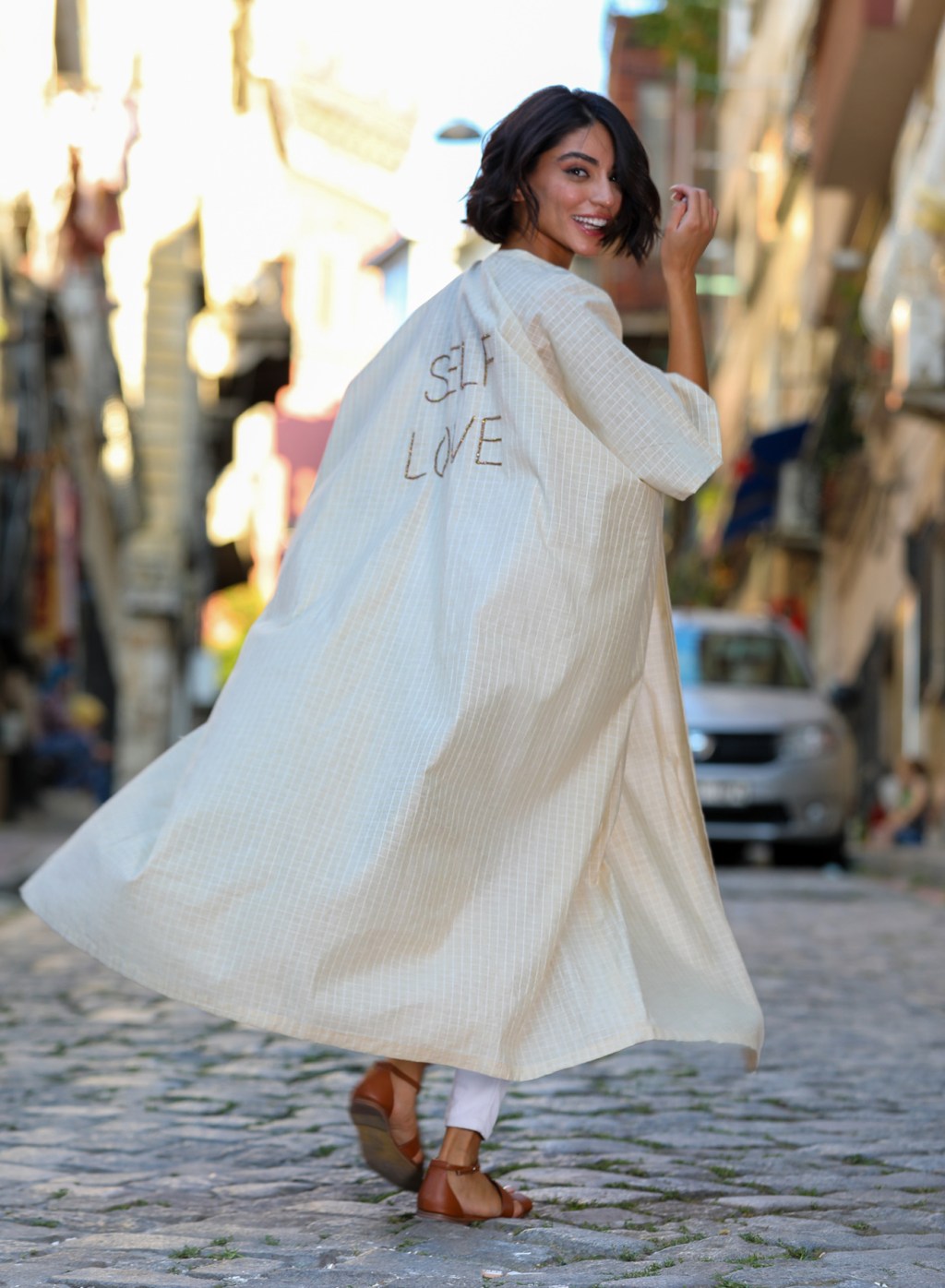 MILAN — Following the success of the exhibit of 100 Saudi Arabian designers in Riyadh and most recently New York, the nation’s Fashion Commission will cut the ribbon on its first commercial, wholesale event ever, here at White Milano.

The tradeshow, which will run from Thursday to Sunday, will host the Saudi 100 Brands Program, 85 percent of which are females. Within the first edition of its ExpoWhite format, White Milano has created a showcase for overseas talent to interface with the international market. Delegations from Brazil, the Netherlands, and South Africa, will also be present.

“White is a great platform for Saudi designers to engage with the international wholesale market. With its focus on introducing new fashion perspectives to international buyers, White is a great partner for the Saudi 100 Brands program,” Saudi Arabia’s Fashion Commission chief executive officer Burak Cakmak told WWD, adding that the commission will unveil more local and international exhibitions, wholesale and retail activations in the near term.

The government does not have public data on the size of its local fashion industry though Saudi Arabia, the Arab region’s largest economy, is forecast to remain the largest retail market in the GCC. The Saudi Arabia Fashion Commission said the figure is projected to grow by more than 8 percent annually, driven by e-commerce platforms like Ounass and luxury’s success in brick-and-mortar spaces in the Al Faisaliah Mall and Kingdom Centre in Riyadh.

According to a report published by the Chalhoub Group In 2021 in collaboration with the fashion commission, the Kingdom of Saudi Arabia’s luxury market grew 19 percent versus 2019, with the fashion segment growing the fastest.

Saudi women make up more than one third of the national labor force — contributing to a higher spend for luxury goods. Today, there are 300,000 people employed in the fashion value chain in KSA, the Fashion Commission estimated.

Saudi designers and brands are primarily based in Riyadh, Mecca, Jeddah and the eastern cities of Dammam and Khobar. Artisans are spread throughout all regions of the country, including key centers for crafts such as Jazan, Asir, Qassim and Tabuk.

“We are planning programs for next year to connect artisans with local and international brands in the near future,” Cakmak adds.

Initiatives like these are part of the government’s larger plan dubbed Vision 2030, which is meant to diversify the oil-dependent nation’s economy and nurture new industries. Since the first fashion week in Saudi Arabia’s history took place in 2018 in Riyadh, important strides have been taken to boost the nation’s fashion arena, which aims to rival that of Dubai, United Arab Emirates.

Harper’s Bazaar Saudi Edition was launched in March 2021 and is the only fashion magazine to date allowed to be published in the KSA.

The print magazine is published quarterly in Saudi Arabia by ITP Media Saudi and celebrates the talent, heritage and culture of the kingdom, while opening a new chapter for the luxury fashion and creative industries.

“The government of Saudi Arabia is pulling out all the stops to highlight the amazing talents in the Saudi Kingdom. The craftsmanship is impressive and now the whole world has a chance to discover it, thanks to initiatives like the one in New York and now in Milan,” said Harper’s Bazaar Arabia’s deputy editor Jessica Michault, who will preside over the Saudi Expo this week in Milan at the city’s Magna Pars hotel.

Saudi designer Yousef Akbar is also headed to Milan, to take advantage of the potential for personal retail collections with a “bigger impact.” Based in Sydney and with key clients in the U.K., U.S., Australia and the Gulf countries, Akbar once produced his line in Italy though now has partners in Australia.

“The infrastructure in Saudi Arabia doesn’t exist at the level of what we need at the moment. But I do hope one day to produce in Saudi, of course, and I know the Saudi government and the fashion commission are working on that,” Akbar commented.

Selected from a field of 1,400, each designer was challenged to create pieces that reflect Saudi heritage and culture, which industry watchers say is rapidly changing. According to the country’s General Authority for Statistics, efforts are starting to bear fruit. The labor force participation rate of the total female working age population increased during the first quarter of 2021 to reach 33.6 percent, compared to 32.1 percent in the fourth quarter of 2020.

Cakmak said the commission has also been working hard to introduce professional development programs and review regulations that will support the growth of the sector, assessing the local ecosystem to offer better supply chain solutions to bolster the development of local products and studios. The commission has already earmarked full scholarship funding to local design hopefuls that have been accepted to top design schools such as Central Saint Martins and Parsons School of Design. “We have also launched our female mentorship program ‘Elevate’ to provide leadership mentoring for future Saudi female leaders. Our mentors include industry experts such as Marigay McKee, Valerie Hermann, Glenda Bailey and Frederic Fekkai, among others,” he added.

The Fashion Commission also recently revealed a partnership with Kaust to explore development of a new research center focused on material innovation with the potential to fuel sustainable initiatives.

Heavily focused on evolving the fashion week experience and showcasing environmental solutions, White’s new experiential model is aimed at supporting the Italian fashion sector through collaborations with other global key players. Having just celebrated 20 years since its inception, the trade show operator recently streamlined its event by hosting only two fairs a year (versus the previous four), happening concurrently with women’s fashion weeks in February and September.

White Milano organizers said this season they have tapped Joor, the digital wholesale platform, to digitalize the Milanese event, which will unfurl in the Tortona Design District. By scanning a QR code corresponding to the selected brand, buyers will access the designer’s customized profile, line sheets, and will be able to interact with the collections and buy, from anywhere in the world. The event will feature eight categories: concept, evening, ready-to-wear, casual, resort, bags, menswear and jewelry.

“As we are well aware of our firms’ need to explore new marketplaces, White consolidates its energetic and tangible dedication to take the format to the top international marketplaces” Massimiliano Bizzi, president and founder of White, said in a statement.

After White, Saudi Arabia’s fashion commission will turn its focus to the Fashion Futures summit, which will take place in Riyadh in late November, Cakmak added. The event will include talks, courses for Saudi creatives and retail activations with industry partners.