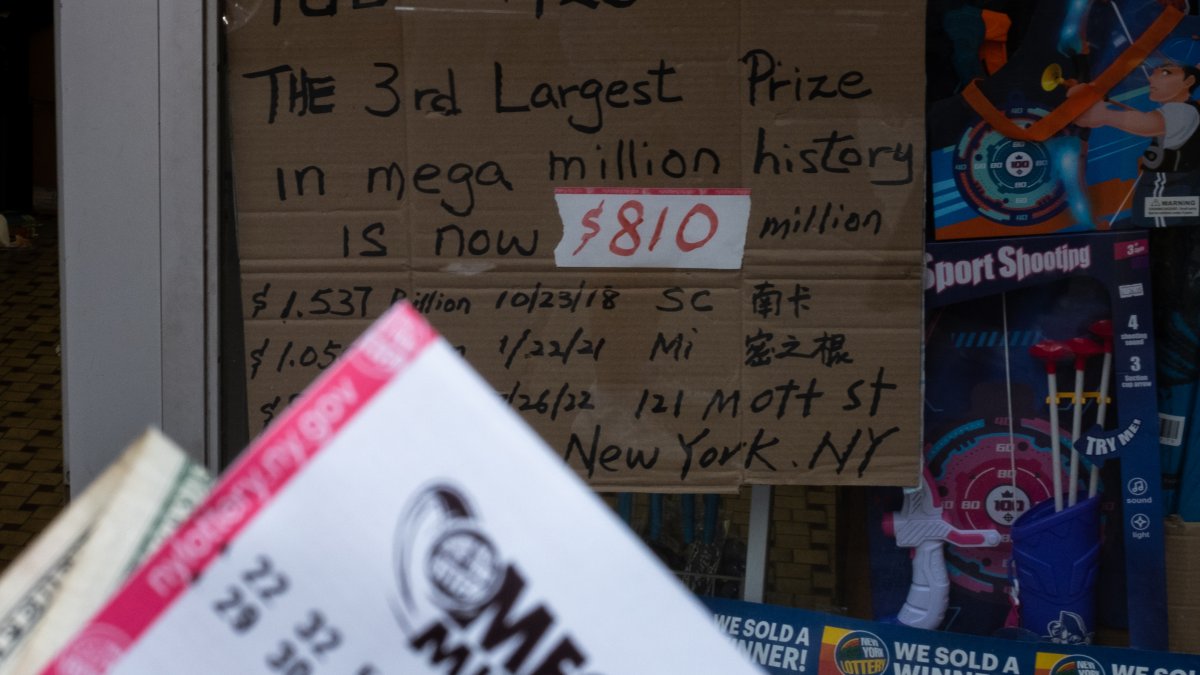 The Mega Millions jackpot reached a whopping $830 million, the third-largest prize in the game’s history. And it has sparked a surge of ticket sales.

In New Jersey, tickets were selling at a rate of 1,700 a minute Tuesday afternoon. The rate was even faster in Connecticut, where 1,800 tickets were being sold every 60 seconds.

With odds of hitting the big jackpot going off at 302 million to one, the chances of matching all the numbers are simply astronomical. However, for the tri-state, just buying a ticket does help fund state programs that many people rely on. According to the Mega Millions website, half the proceeds from the sale of each ticket “remains in the state where the ticket was sold, where the money supports lottery beneficiaries and retailer commissions.”

In New York, 35 cents of each dollar spent on lottery games goes to education, and all lottery profit goes to k-12 schools in the state.

For each $2 Mega Millions ticket sold in New Jersey, $1 goes directly toward prizes. The rest is divided up, with 20 cents going to retailers fees/overhead, and the other 80 cents goes to the state, according to the Lottery Enterprise Contribution Act passed in 2017. From there, the 80 cents is used to bolster the state’s pension program, as the money provides financial stability and potential growth for the retirement system until 2047.

All lottery proceeds in the Garden State go into helping fund the pensions for retired public employees, including teachers, police, and firefighters, along with state, county and local workers, the law states.

Thus far in 2022, the lottery generated more than $1 billion for the state of New Jersey.

Connecticut divides up the prize money different as well, with the largest chunk of change (62 percent) going to prizes. The second-biggest portion (28 percent) goes to payments for state funds like health and human services, education, retired and active employee benefits, transportation, debt service and more.

The massive prize is for a winner who takes an annuity option, paid out in 30 annual payments. Most players choose the cash option, which for Tuesday’s drawing would be $487.9 million, of which about one-third would go toward federal taxes with possibly more for state taxes, depending on where the buyer lives.

A spokeswoman for the Ohio Lottery Commission said the jackpot likely would top $1 billion for Friday’s drawing if no tickets hit the jackpot Tuesday.

The current Mega Millions record is $1.536 billion, sold in Oct. 2018. Tuesday’s jackpot will be the nation’s fourth biggest lottery prize overall. Powerball holds the U.S. record for a jackpot worth $1.586 billion shared among three winning tickets on Jan. 13, 2016.