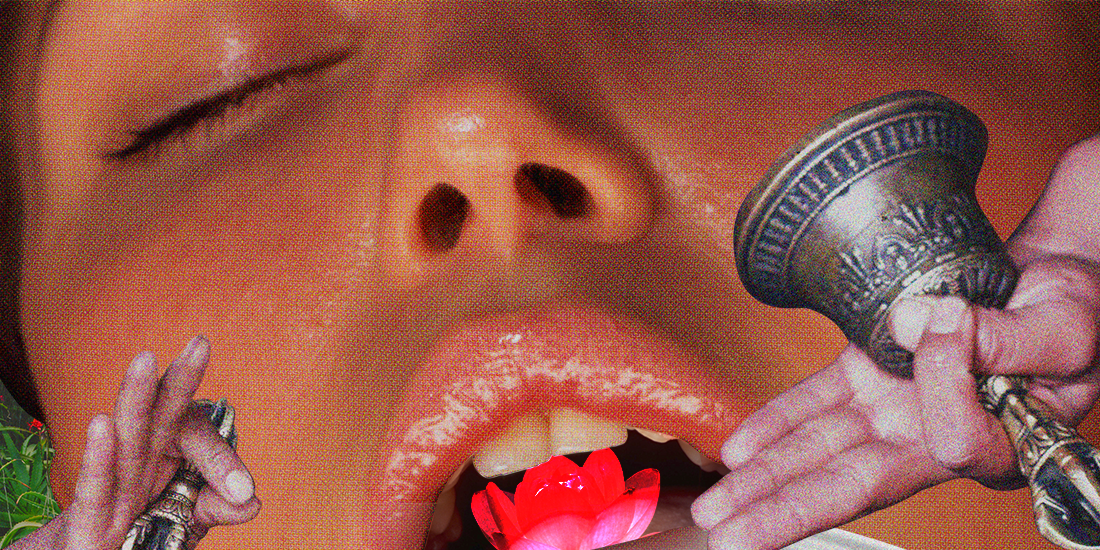 For Avi Klein, LSCW, clinical director of Downtown Somatic Therapy in New York City, there is a clear link between orgasmic meditation, mindfulness, and sexuality. “There are many kinds of somatic therapies (a form of alternative therapy that aims to treat trauma and stress-related disorders), but one point of emphasis is about mindfully noticing sensations in the body, listening to them, and following them in order to release blocked emotions,” Klein says. “Anyone who is struggling with issues around sex could benefit from becoming more aware of their anxiety or other emotions that are getting in the way of feeling pleasure and relaxing into the body.”

There’s a lot to unpack about orgasmic meditation, so let’s get into it. Here’s what the experts had to say.

While orgasmic meditation may sound like a centuries-old practice, it actually originated in the early 2000s under controversial circumstances. In 2004, the now non-existent company OneTaste trademarked a clitoral stimulation exercise technique developed by businesswoman Nicole Daedone, author of Slow Sex: The Art and Craft of the Female Orgasm, that was taught during OneTaste workshops.

According to Fleming, orgasmic meditation as trademarked is a 15-minute technique where the vulva owner, who lies in butterfly position with their legs open, rubs (or has a partner rub) the upper left quadrant of the clitoris in an up-and-down motion with a light touch. If they’re practicing with someone who isn’t a romantic partner, they’d use a lubed, gloved hand.

OneTaste’s original practice took off, but in 2015, the company made headlines after reportedly paying a former employee a six-figure settlement after she said she was sexually assaulted and harassed on the job. During that time, other media outlets also reported on additional questionable business practices by the company, and a subsequent FBI investigation brought to light shocking accusations against it and its employees, including labor violations and running their business in a way that felt “cult-like.” Following the controversy, the company rebranded and is still promoting orgasmic meditation as the Institute of OM.

While all this controversy understandably does not cast orgasmic meditation in a positive light, some elements of OneTaste’s original technique can still offer a number of benefits when done in a safe, comfortable setting alone or with someone you trust. It’s also important to note that many sex and somatic therapists, including Fleming, do recommend clients try stroking the clitoral area in ways that feel good to the vulva owner while practicing meditation and mindfulness techniques.

How orgasmic mediation can up your sexual and mental game.

When practiced properly, orgasmic meditation can reportedly have several mental and physical benefits, including lowering your resting heart rate and blood pressure, increasing your self awareness, and even improving your sleep. A 2019 study published in the Journal of Sex and Marriage Therapy found that people who practice mindfulness during sex generally have more sexual satisfaction in bed and higher self esteem when it comes to how they think of themselves sexually. Another study in the Journal of Psychosomatic Medicine found that women who practice mindfulness during sex can also get more turned on.

“Like other forms of meditation and embodiment exercises around sexuality, it is helpful because it can lead to greater self acceptance and self confidence in one’s body and sense of pleasure,” Klein says. “The more practice you have with noticing what feels pleasurable and trusting your felt sense of pleasure, the more confidence you can have to listen to your body. I would imagine that this can also translate into better communication around your own pleasure, which could promote better intimacy with potential partners.”

TLDR? Orgasmic meditation can help you tune into what feels good, thus providing longer-term physical and mental health benefits. And while an orgasm isn’t necessarily the main goal, it can be an added bonus.

“I think of orgasmic meditation in a more holistic sense (not limited to the specific stroke or protocol recommended by OM) as the general pairing of mindfulness and pleasure that may or may not lead to orgasm,” Fleming says. “Orgasm is most definitely not the goal, which is learning to be present to the sensations of the clitoris being lightly stroked with a lubricated finger.”

How to bring orgasmic meditation into your bedroom.

As long as consent, communication, and safety are all in play, there is no right or wrong way to practice orgasmic meditation, but Fleming recommends starting with breath work to help you gain increased body awareness and help you tune into your present moment. From there, she recommends clients experiment with pairing clitoral stroking and coherence breathing, which involves inhaling and exhaling for set times–initially four breaths in and out, then five, and working up to six.

Fleming notes this practice can improve feelings of connection and underscores the benefits of building arousal between you and your partner, but says it’s okay to practice alone and/or with sex toys—just maybe not at the beginning. “I believe we are all our own experts,” Fleming says. “If you want to involve sex toys, that’s great, but I wouldn’t start with one. Take time building arousal with your mind and you or your partner’s hands. OM as a technique is just a finger stimulating the clitoris, there is no use of sex toys. I believe you can tailor the practice to what feels good and meditative for you to let go in the moment. The key is about taking the time.”

Orgasmic meditation can help you connect with both your partner and yourself.

That same Journal of Sex and Marriage Therapy study from 2019 found that people who were sexually mindful had better self-esteem, were more than likely satisfied with their relationships, and that some people—particularly women—were more satisfied with their sex lives. Practicing orgasmic meditation can be a time to really focus on yourself, and/or your partner if you’re trying it together.

“Taking time to focus on one partner’s experience of pleasure and practicing removing judgment from yourself as both the giver or receiver of pleasure can be very liberating,” Klein says. “It could also support better communication if partners are able to debrief about what felt good and what didn’t.”

And remember: Orgasmic meditation doesn’t have to lead into sex. “It’s all about slowing down and taking your time to facilitate relaxation, which is the foundation of arousal and present moment body awareness,” Fleming says. “It’s not foreplay, it’s a practice, like yoga. I believe knowing that this isn’t leading to foreplay or sex allows the woman to drop into the experience without thinking about what’s coming next.”

Again, orgasm is not the goal of orgasmic meditation.

Contrary to what its name would have you believe, orgasmic meditation can give you an orgasm, but it isn’t the end goal. Feeling pressure to finish can make connecting with yourself and your partner less of a priority, which is the whole point of orgasmic meditation in the first place.

“Too often, individuals and couples are focused on performance and orgasm versus exploration of what feels good and pleasurable,” Fleming says. “I believe it strengthens your connection to the sensation of your orgasm, but it’s not a practice like kegel exercises that can strengthen your orgasm.”

Ultimately, there are several ways to approach orgasmic meditation, and despite its controversial past, there are benefits to the practice when separated from its history. If nothing else, everyone deserves time to relax, unwind, and connect with their body, whether through a workout class, a massage, or something like orgasmic meditation. It can be a form of self-care and self-love that can unlock tons of great benefits and really help you get to know yourself. And if it gives you an orgasm in the process, that’s the cherry on top.