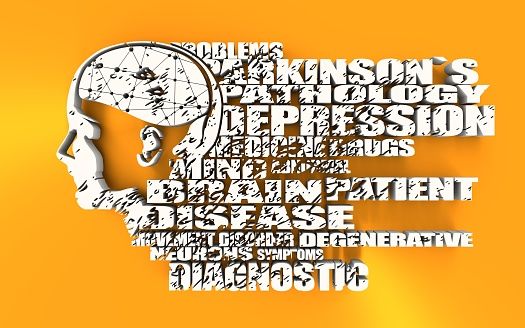 Depression is one of the most common sign of Parkinson’s

Depression is one of the most common and debilitating non-motor symptoms of Parkinson’s, with as many as 50 per cent of patients experiencing clinical levels of the condition during the course of the disease. Researchers believe that the same chemical changes in the brain that affect movement also impact mood, resulting in an underdiagnosed increase in anxiety and depression.

were twice as likely to be diagnosed with Parkinson’s disease than those who were not. The study, which also showed that dreams can reveal important information about brain structure, may have provided an early warning sign of the disease for researchers to explore.

How is Parkinson’s disease diagnosed?

As there is no test that can definitely diagnose the disease, a doctor will typically rely on a patient’s medical history and a physical and neurological evaluation.

According to the Mayo Clinic

, doctors may order a range of other tests, including blood and imaging, to rule out other conditions that have symptoms in common with Parkinson’s. Sometimes, patients may be prescribed drugs that treat the disease to see if they alleviate symptoms; if the medication results in significant improvement, it can help confirm diagnosis.