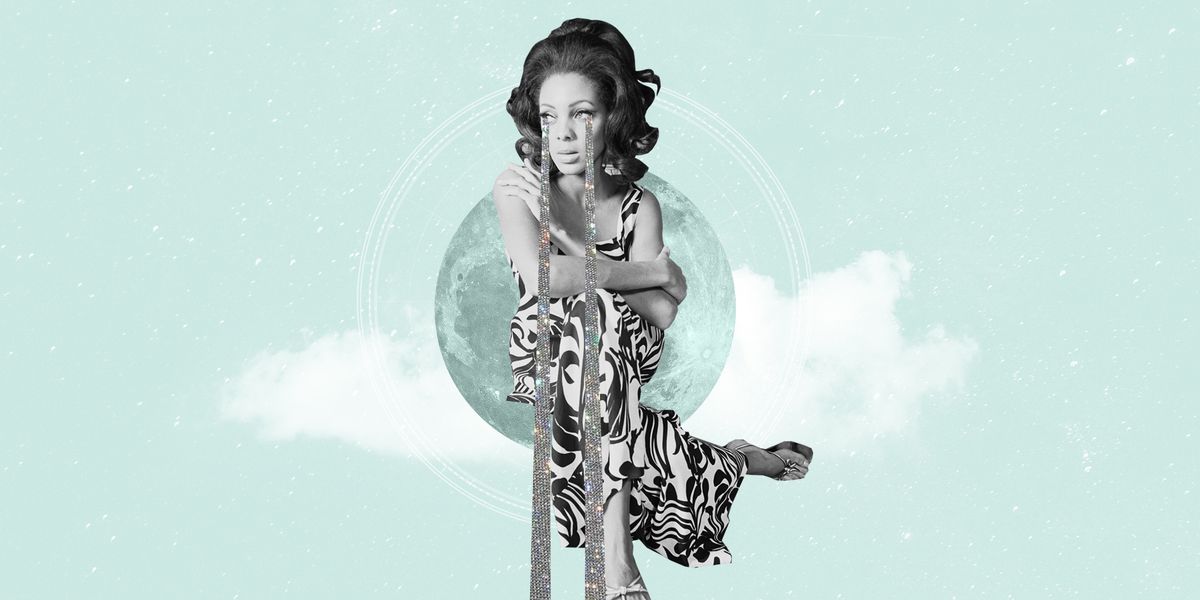 Ever stand under a waterfall? That’s what it’s like when a Cancer, Scorpio, or Pisces is feeling an intense emotion. The 12 zodiac signs are grouped into four elements: fire, earth, air, and water. Today, we’re diving deep (get it?) into water signs.

The three water signs—again, that’s Cancer, Scorpio, and Pisces—are known for being sensitive and sentimental. They tend to hold on to people and items long past their expiration dates, and their emotions are always flowing like the waves of the oceans. In fact, some people like to joke that they’re called water signs because of all the tears.

But water signs are about so much more than strong emotions! These signs also have intense dreams, visions, and intuition so strong that it’s basically a psychic power. If you have a friend who’s eerily good at tarot reading or super into astrology, odds are they’re a water sign. These three signs can see situations happening from a mile away before it actually happens IRL.

Water signs have artistic souls. They might intentionally seek out (or make!) sad music or movies, and they probably have childhood photos framed in their room. Emotional and creative, they rely on their hearts and gut to make a decision. These signs also long for security at all times, which makes sense as they’re protective of their loved ones and themselves. They do everything they can to help the ones they care about, even if it’s at their own expense. In fact, water signs tend to be among the most loyal in the zodiac.

Unlike, say, air signs, water signs tend to be a bit reserved socially. They value quality over quantity when it comes to their friendships, and are likely to have a few BFFs rather than a huge circle of acquaintances.

In astrology, zodiac signs in the same elements are always four signs away from each other. This placement is something astrologers call “trine.” For water signs, Cancer is the fourth sign of the zodiac, Scorpio is the eighth, and Pisces is the twelfth and last sign of the zodiac. This means that water signs tend to get along with other water signs, whether as friends, lovers, family members, or even coworkers. They just ~get~ each other, y’know?

Here’s what to know about the three water signs:

Cancer is a cardinal sign, which makes them able to take decisive action and manifest their dreams swiftly. They’re known as the providers of the zodiac—they take care of their loved ones as breadwinners and nurturers. They’re the friend who texts you to make sure you got home okay, or DoorDashes you chicken noodle soup when you’re sick. Cancer is represented by the crab, and just as crabs have the ability to crawl between the ocean and shore, so can Cancers exist between the emotional and material worlds. And like a crab, Cancers take special care of their home and particularly comfy there. Good luck getting a Cancer out of the house once they’ve taken off their bra! Oh, and once you’re in the grasp of a Cancer’s claws, you can expect to remain in their clutches forever. If a situation or person makes them comfortable, they’ll hold on with all their mighty strength.

Scorpio is the only fixed water sign of the zodiac. Because of their passionate nature, they’re often mistaken for a fire sign—and they share a ruling planet, Mars, with fire sign Aries. However, Scorpio’s intense energy stands second to their intuition, and although they might seem guarded at first, trust that they have some intense feelings. The more you get to know a Scorpio, the more you’ll understand their water sign traits. Scorpios rely on their gut feelings first and foremost, even before logic and reason. Their emotions run hot and high, making them unable to turn off their feels. Prepare to be stung if you hurt a scorpion, as their poisonous and venomous stingers will come out if you dare to betray this transformative sign.

Mysticism and dreaminess consume the heart of tender Pisces, a mutable water sign. Their emotions change rampantly, and it takes them a long time to make a permanent decision. Pisces are imaginative and prone to daydreaming, living like they’re in a fairy tale. But once they finally commit to a feeling, they can easily swim away from ties that hold them down. As the last sign of the zodiac, they’re something of an “old soul” and have wisdom to share. Pisces are also known as the psychics and creatives of the zodiac. They use their artistry to create the world they want—even if it exists only in their head.