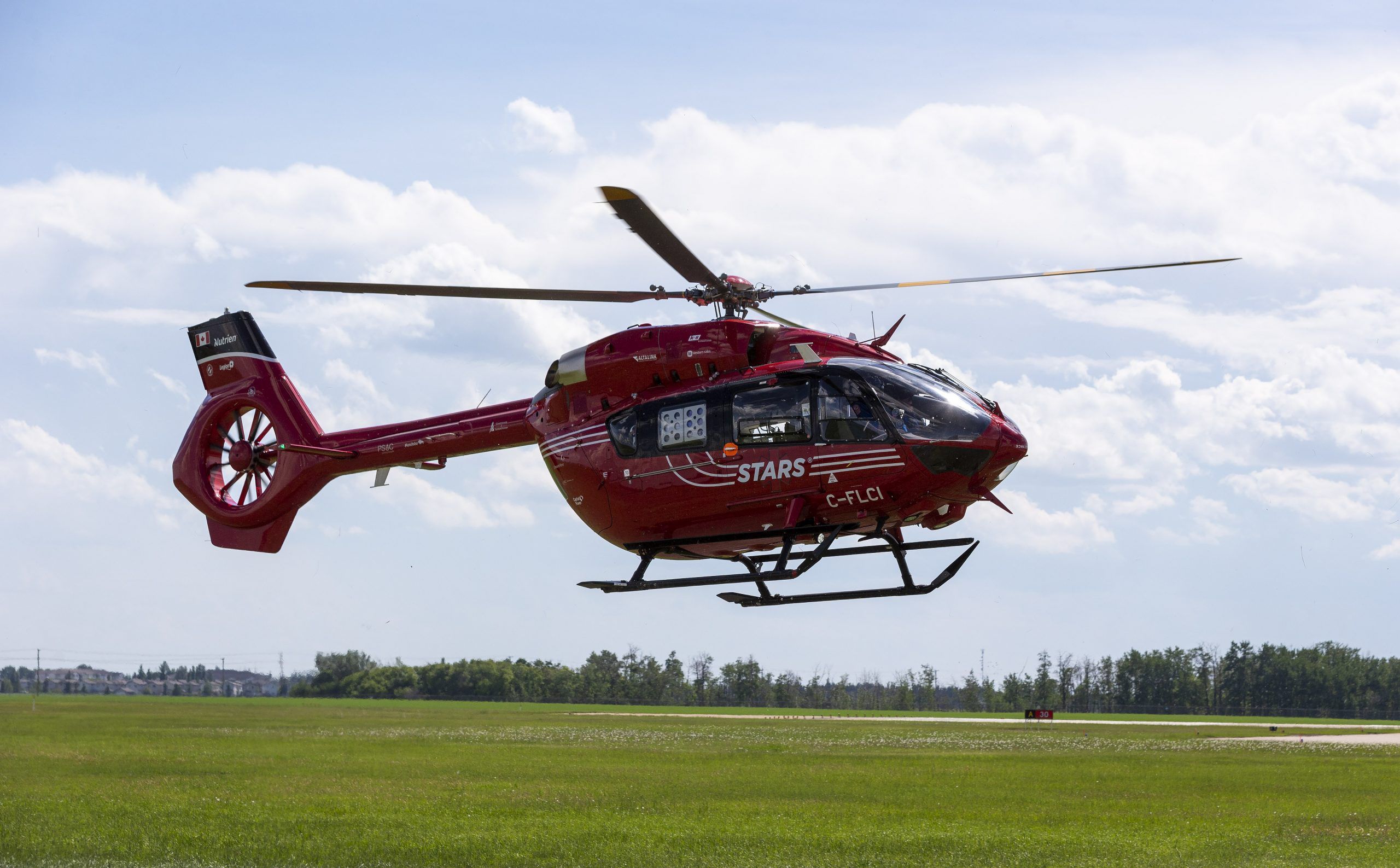 Shock Trauma Air Rescue Service (STARS) unveiled its newest helicopter in Edmonton on Tuesday, one it says will help crews get to patients faster and from farther away.

The new Airbus H145 is the ninth helicopter in a fleet upgrade process that’s been a decade in planning.

The arrival of the new aircraft began in 2018, and with Tuesday’s addition, all six STARS bases across Western Canada are now equipped with the new model.

“These aircraft bring a ton of extra safety features, but they also bring an increase in speed and an increase in range,” said Scott Young, an aircraft captain and director of fleet implementation with STARS.

“Really, it brings our older aircraft up to very, very up-to-date status.”

Young said the prior crop of helicopters was “excellent and very reliable” but is also nearing four decades of service and was in increasing need of upgrades and becoming costlier to maintain.

The H145s will also be phased in as the fleet’s only type of helicopter where previously two types of helicopters were used.

“Ten years ago, we knew this day was coming,” Young said.

“We wanted one aircraft type going forward. It’s more economical and much more efficient to just operate one type of aircraft for our operation.”