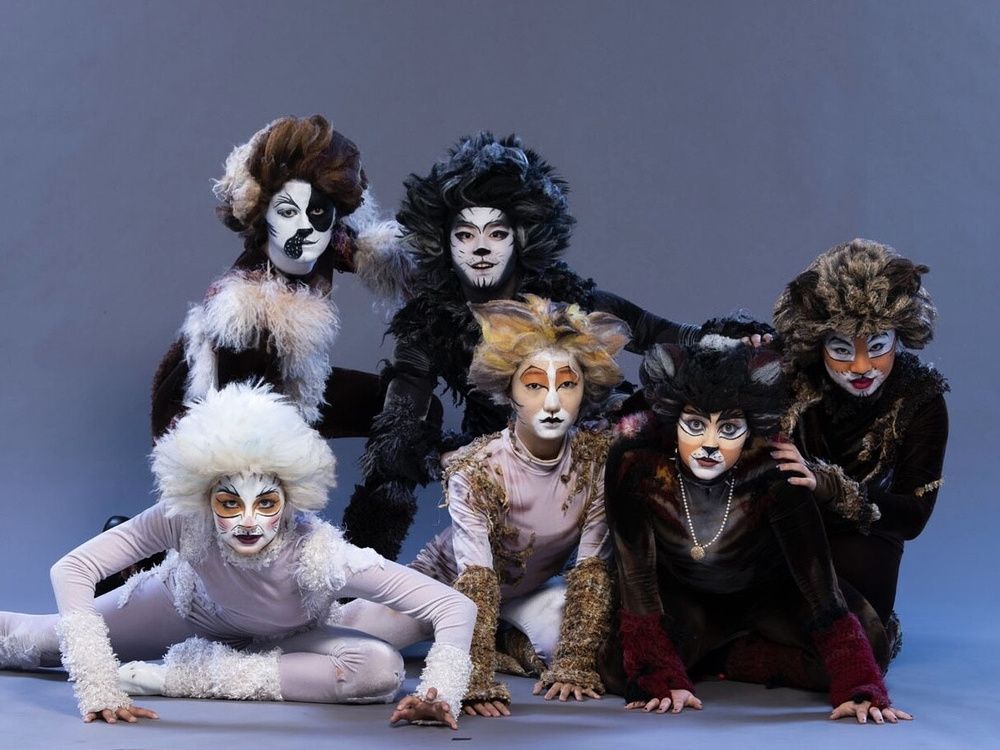 Children’s Theatre of Richmond (CTORA) presents Andrew Lloyd Webber’s famous hit musical as performed by an ensemble of actors under 18. DSR Productions artistic director Mark Carter directs this version, which has been pared down to an hour.

Lily Yuan, founder of CTORA, and her production partners spent a year auditioning young actors for the 24-person cast and preparing the costumes. We talked to Toronto-based 17-year-old Alex Gonsalves, the oldest member of the cast and the only one from outside of B.C., about the show.

Q: Were you a fan of Cats before this?

A: Yes, I am. It’s my favourite musical. I’ve been a fan of it since I first saw the ’98 filmed version and then I saw the national tour when it came to Ottawa this past March.

Q: What did you think of the recent movie version?

A: I’m not a huge fan of the movie, but the musical really speaks to me.

Q: How does it speak to you? Is it because you like cats?

A: Well, I do like cats. But in the musical, all of the characters are really supportive of each other. And I love all the little relationships between them.

Q: What do you think was missing from the movie?

A: For me personally, it was that a lot of the characters were singing about themselves instead of about each other. It became more of a competition than a celebration. It took away from the love these cats had for the other cats.

Q: What was your acting experience before this?

A: I did a lot of community theatre in Toronto and the surrounding area with a company called Milton Youth Theatre Productions. I believe I’ve done around 15 shows with them in the past five years. They put on a lot of musicals year-round.

A: I’ve got to say back in December of 2019 I was in Elf the Musical. That was definitely a highlight for me. I loved the opportunity to do a full-length musical as opposed to a young actor’s edition. And I loved being able to work with adults, which is something I haven’t done before.

Q: What’s the difference between a young actor’s edition and a regular musical?

A: A junior or young actor’s edition is taking a musical and shortening it to an hour and changing the music to make it easier for kids to sing, whether that’s removing harmonies or making it higher or lower so it fits within a child’s range. It also changes things to make it more child-friendly. It basically makes it more accessible to youth.

Q: Do you have any musical theatre heroes?

A: A big one for me would be Bernadette Peters. She’s phenomenal. I was able to see the Into the Woods proshot (professionally shot) she was in. That was where my love for theatre came from.

Q: Which character do you play in Cats?

A: Demeter. She sings Entry of Grizabella, where she explains who Grizabella is. Along with Bombalurina, she also sings about McTavity the Mystery Cat, the antagonist of the show.

Q: Have you seen your costume yet?

A: Yes. We did a photo shoot. All of the costumes look phenomenal.

Q: Was it a thrill? It must have been like a dream come true.

A: Absolutely. I could not stop smiling the entire time. To put it on for the first time and see everything come together is inspiring in terms of being able to work with that in my head while rehearsing.

More news, fewer ads, faster load time: Get unlimited, ad-lite access to the Vancouver Sun, the Province, National Post and 13 other Canadian news sites for just $14/month or $140/year. Subscribe now through the Vancouver Sun or The Province.