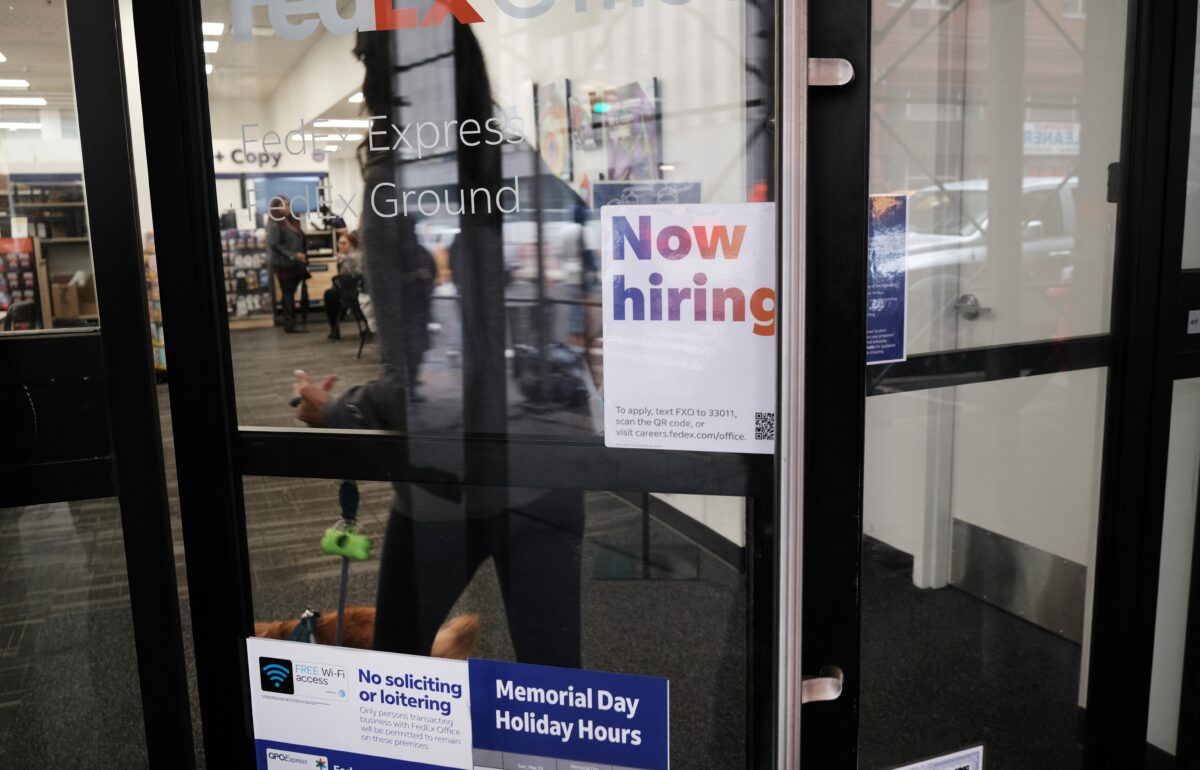 After hitting a peak in March, the number of job openings continues to fall, a potential indicator that the labor market could be slowing down.

According to the monthly Job Openings and Labor Turnover Survey data from the Bureau of Labor Statistics (BLS), this represented the third consecutive decrease. It also was the largest decline since April 2020.

Total separations, which include discharges, layoffs, and quits, also edged lower, to an eight-month low of 4.237 million. The quits rate was flat at 2.8 percent, BLS figures show.

Later this week, the much-anticipated July non-farm payroll report will be released. The market is penciling in 250,000 new jobs and an unemployment rate of 3.6 percent. If accurate, it would be a sharp decrease from the 372,000 positions that were added to the U.S. economy in June.

Initial jobless claims data will be published, with expectations showing another increase of 259,000 in the past week. Challenger job cuts for July will also come out.

In recent months, many large and small companies have been laying off workers, suggesting that the red-hot jobs boom could be cooling off.

Technology juggernaut Oracle, for example, has reportedly begun laying off an undisclosed number of its workforce that totals approximately 143,000 employees.

Automaker Ford announced plans to terminate 8,000 employees as part of its transition to electric vehicle production.

Vimeo, an online video company, confirmed that it is cutting 6 percent of its workforce. CEO Anjali Sud announced on LinkedIn that the website wants to “come out of this economic downturn a stronger company.”

Real estate titan Re/Max announced intentions to lay off 17 percent of its workforce by the end of 2022. Real estate firms Compass and Redfin will also reduce workforce totals by 10 percent and 8 percent, respectively.

Meta Platforms CEO Mark Zuckerberg noted during the company’s second-quarter earnings call with analysts that the economic downturn has arrived, which will force him to “slow the pace” of long-term investments.

“[W]e seem to have entered an economic downturn that will have a broad impact on the digital advertising business. It’s always hard to predict how deep or how long these cycles will be, but I’d say that the situation seems worse than it did a quarter ago,” Zuckerberg stated.

“As the national GDP flattens, the Small Business Jobs Index also slowed significantly in July,” said James Diffley, chief regional economist at IHS Markit, in a statement. “With an index level above 100, we’re seeing continued job growth, but the pace of that growth has declined.”

The May ADP Small Business Report found that smaller firms lowered their employment levels by 91,000 positions.

How Will the Fed Impact Jobs?

Federal Reserve Chair Jerome Powell refrained from saying the economy was in a recession, arguing that the strong job market did not indicate an economic downturn.

Powell, when speaking to reporters following the July Federal Open Market Committee (FOMC) policy meeting, alluded to 2.7 million jobs that were added in the first half of 2022 and strong wage growth.

“It doesn’t make sense that the economy could be in recession with this kind of thing happening,” the Powell explained.

With the U.S. central bank raising interest rates, economists contend that this would slow business activity because tightening would raise borrowing costs and make credit more expensive or hard to obtain. This, they say, would prevent companies from expanding operations or hiring workers.

After the Labor Department reported higher employee compensation in the second quarter, there has been growing concern that inflation remains persistently high and that it would force the Federal Reserve to take more hawkish action on monetary policy.

The employment cost index, a broad measurement of wages and benefits, rose 1.3 percent in the April-to-June period, topping the market estimate of 1.2 percent.

Andrew Moran covers business, economics, and finance. He has been a writer and reporter for more than a decade in Toronto, with bylines on Liberty Nation, Digital Journal, and Career Addict. He is also the author of “The War on Cash.”