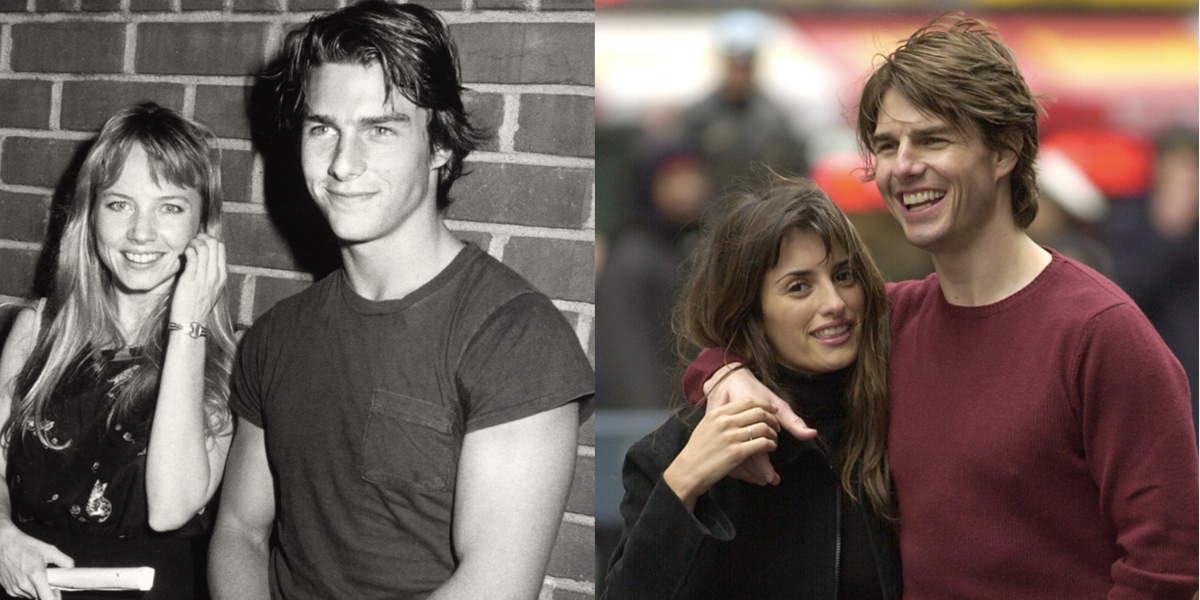 Tom Cruise is currently single, and honestly TBD on if he’s ready to mingle based on his grueling filming schedule at the moment. Like, those Mission Impossible and Top Gun sequels aren’t going to film themselves! But Tom has been in a ton of high profile celeb relationships over the years (TomKat was basically the Kravis of their time), and it’s time for a quick trip down memory lane. Also, before we get started, quick spoiler to inform you that Tom was one of Cher’s top 5 best lovers.

Star of your mother’s favorite show Little House on the Prairie, Melissa Gilbert dated Tom Cruise back in the olden days—like, before he was famous. It was so long before he was famous, in fact, that he was going by a different name. (That is correct: CRUISE IS NOT THIS MAN’S REAL NAME.)

“Actually, when I dated him he was Tom Mapother still,” Melissa revealed on Watch What Happens Live, adding that she was “16 maybe or 17” when they met.

Melissa also noted they kept things PG-13, saying she didn’t have sex with him. And yes, she said Tom was “a good kisser.” (Please be advised: much of this list is people complimenting Tom’s ~skills~)

According to Risky Business star Curtis Armstrong’s aptly titled tell-all Revenge of the Nerd, Tom Cruise and Rebecca had an “intense affair” on set of the film. But, like, neither Tom nor Rebecca appear to have confirmed that so…moving on!

Yep, Tom used to date E Street Band member (and Bruce Springsteen’s wife) Patti! We know this thanks to an old People profile from 1988, which notes they dated “briefly” in 1985.

That is correct: Tom and Cher fully dated. They first met at the site of all great celeb romances: Sean Penn and Madonna’s wedding. But then they found themselves once again at the same place, at the same time, when they attended a casual event at the White House.

While they clearly didn’t last, Cher did call Tom one of her top five lovers (WOW tell us more, Cher) during an episode of Watch What Happens Live.

Meet Tom’s first wife! Tom mused to Rolling Stone back in 1990 (ironically…right before their split) that Mimi helped him become a better actor and he cared about her more than “anything in the world.” He also called Mimi his “best friend” and said “I just really like being with her, you know? I love her.”

TBD on why they split, but Mimi told People she had a hard time maintaining her individuality and “no matter what the article is, it’s ‘Tom Cruise‘s wife…”

Tom and Nicole met while they were filming Days of Thunder (a total classic) and he was…extremely into her! To put it very mildly! Tom said his first reaction to meeting Nicole was “pure lust,” and he described the early days of their relationship as “totally physical.” Honestly, no wonder their chemistry was so off the charts in Eyes Wide Shut. But clearly it was more than just pure lust, because they got married and went on to adopt two children together.

Alas (or, maybe not alas), Tom and Nicole decided to divorce back in 2001, and they released a statement at the time citing “difficulties inherent in divergent careers.” Guess that was the early aughts version of everyone’s current fave “irreconcilable differences”?

We’ve reached the Cruise and Cruz era! Tom and Penélope met on the set of Vanilla Sky and dated for about three years, which seems like a shockingly long amount of time in retrospect? Anyway, they broke things off in March 2004, and a source told People the relationship simply “ran its course,” and their separate and distance-filled filming schedules had a lot to do with the breakup.

Tom and Katie (or TomKat as they were called, help) met in 2005 and were like…extremely into the press and attention. See: Tom’s behavior on Oprah’s poor couch, which did NOT ask for that jump. Anyway, these two got married, had a daughter, and for a minute they were living happily ever after in some giant cabin/mansion…until they weren’t. The couple divorced in 2012, and Katie got full custody of Suri.

These Mission Impossible costars weren’t formally confirmed to be dating, but they were a rumored item until pretty recently. According to The Sun, they split up in June of this year, and Tom is currently single and ready to mingle on a sofa near you.

Mehera Bonner
Mehera Bonner is a celebrity and entertainment news writer who enjoys Bravo and Antiques Roadshow with equal enthusiasm, She was previously entertainment editor at Marie Claire and has covered pop culture for over a decade.