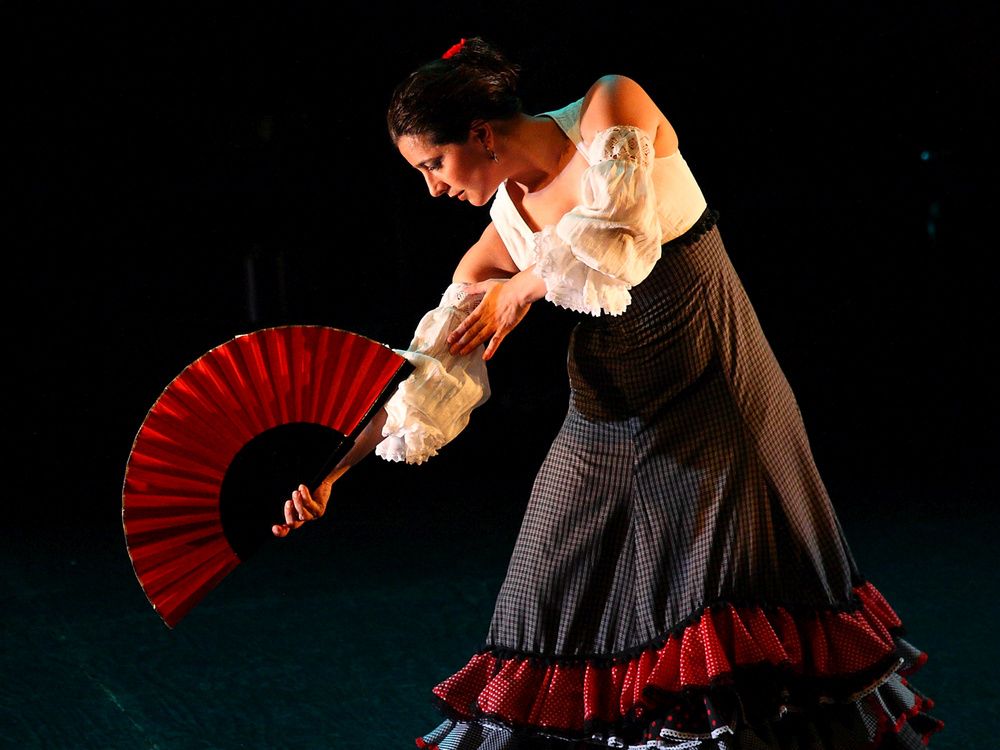 Pent-up demand for in-person arts and entertainment is fuelling a busy fall season, with the entertainment calendar packed with events of all sizes.

“The saturation of the market at the moment is just incredible, I have more shows for September and October than I’ve ever had,” said Mo Tarmohamed, owner of the 1,000-seat Vancouver music venue Rickshaw Theatre.

Start your day with a roundup of B.C.-focused news and opinion delivered straight to your inbox at 7 a.m., Monday to Friday.

The next issue of Sunrise presented by Vancouver Sun will soon be in your inbox.

Laura Ballance of Laura Ballance Media Group, which handles communications for the PNE, echoes Tarmohamed noting that the PNE Amphitheatre is at capacity. The 7,000-seat venue was packed for the full run of this year’s Summer Nights series at the PNE and has shows booked through November.

“To put in perspective how busy we are, remaining bookings for 2022 are more than our total number in 2019,” said Ballance. “We have set venue records for September, October and November and the spring of 2023 is almost fully booked.

“There is obviously a big appetite for live music, which we saw that this year with the PNE as well.

But presenters are noticing ticket buyers are adopting new habits as COVID-19 continues to affect the community. While many buzzed-about or megastar bookings sell out quickly, tickets for small artists or events are moving far slower, even right up until shortly before the event.

“The ticket-buying landscape in 2022 is completely different, people’s expendable income for recreation has gone down, and that is facilitating a serious growth in last-minute purchases,” said Zack Herbert, the talent buyer for Canadian concert presenter Timbre Concerts.

“Obviously, there are those artists such as Phoebe Bridgers, who sold out two nights at the 2,700-seat Orpheum almost the instant the shows were announced, but for so many others, we are seeing this big spike in the final two weeks. That puts real strain on predicting what shows will do.”

Herbert attributes some of these changes to the fact that there are still a lot of tickets in circulation purchased in 2019 that have yet to be redeemed. But as prices climb and disposable income plummets for many, doing business as usual is not going to be the case.

Tarmohamed isn’t complaining about being booked up more than ever before, but he wonders if the market can support the level of saturation it’s seeing.

“In one way, it’s just great,” he said. “But I worry that some shows that would normally do very well might not perform as usual due to the sheer number of tours coming through. We’re going up against multiple shows the same night, which is sure to have an impact on attendance.”

Fulfilling new dates for tours that were postponed prior to the pandemic is putting such a demand on the limited stock of venues in Vancouver and the Lower Mainland that some tours that would have been certain to come here are passing on coming at all.

Herbert notes that some acts are avoiding crossing the border to B.C., although many of the same artists are keeping Toronto and Montreal dates on the books. Also, a great number of these fall dates are still satisfying events originally scheduled in 2019 or during brief openings in 2020/21. This is skewing how good ticket sales look as many of these events might have been sell outs already, even after repeated rebooking.

Herbert and Tarmohamed both note that there has been a bizarre shift in drop counts — the actual number of attendees at a performance. Whether it’s because people have become conditioned to pull out of an evening’s entertainment if they feel even slightly “off” about it, or because advance block purchases for groups may now include those who have left town — ticket holders not showing up is a development nobody saw coming.

“Shane’s Drunk Tank Pink Tour recently came to the Rickshaw with 500 pre-sales and 100 of those didn’t show,” said Hebert. “Twenty per cent of buyers not turning up is impossible to wrap our heads around. Significant no-shows are reported everywhere. There may be some connection to the price of the tickets — we didn’t see that kind of drop for the more expensive Phoebe Bridgers seats — but it still puts real strain on talent purchasing decisions.”

In an environment where operating expenses are higher than pre-pandemic levels for everything from air travel to accommodation and catering, budgeting can be challenging.

Kevin Tobin, the artistic director of the Salmon Arm Roots and Blues Festival says larger-format destination festivals are in a slightly better place for advance ticket sales. The annual weekend of music ranging from well-known acts such as Jann Arden or Five Alarm Funk to rising Indigenous singer/songwriter William Prince regularly draws in 20,000-plus persons. This year saw record-breaking attendance of 5,000-plus on opening night after the best advance ticket sales figures the event has seen in its 30-year history.

“This was my first festival as AD after 20 years at the Saskatoon Jazz Festival, and we had great advance sales in December, before anything other than the dates had been announced,” said Tobin. “My programming strategy was to mitigate problems we might have had with international artists, as well as working from an initially mandated 50 per cent capacity limit. It couldn’t have gone better and we’ll continue with very early advance ticketing.”

Even so, the struggle to balance the books at year end could lead to content selection being a casualty. The 150-seat North Vancouver-based Presentation House Theatre reports historically strong sales for its specialty youth-market programming. It’s box office is seeing a change in buying habits for more challenging material.

“What we’re finding at Presentation House Theatre is that people are keen to come back, but they are slower to book,” said communications lead Doris Pfister Murphy. “I think after a few years of conditioning, they are less likely to purchase in advance for something that could get cancelled or that they might not be able to attend due to a cough or something. The biggest box office feedback we’ve seen is that people are going for the interactive, guided theatre for young adult shows that we are known for, but the more serious new content isn’t doing as well.”

It remains to be seen if we laugh or cry our way into the new year. For now, ticket buyers are acting differently and presenters are trying to find ways to work with that.