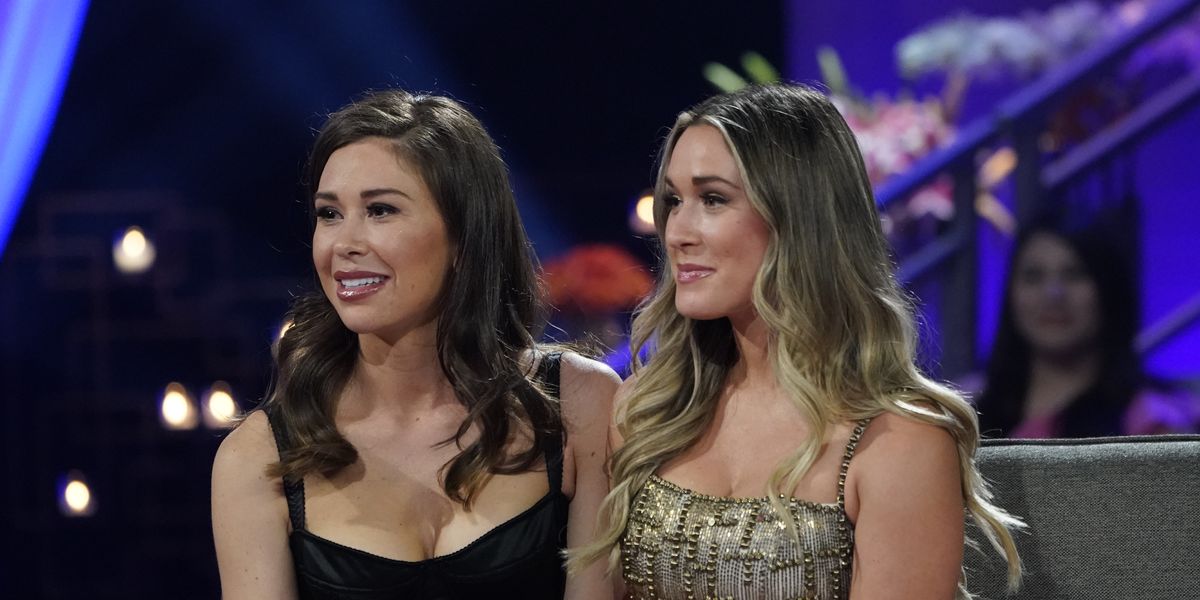 Gabby Windey and Rachel Recchia’s joint season of The Bachelorette premieres in just a few weeks (July 11, to be exact) and it’s going to look a little different. Mostly because there’s, you know, two Bachelorettes.

Other than promising that Gabby and Rachel won’t be pitted against each other, ABC hasn’t exactly shared how the season will work logistically—but Nick Viall says production on the show was challenging.

Speaking on his podcast The Viall Files (via Us Weekly), Nick explained that The Bachelorette will sort of function like Bachelor in Paradise (meaning, if a contestant gets rejected by one Bachelorette, they have the option to date the other).

Nick confirmed that Gabby and Rachel won’t compete for men, but said that “if it doesn’t work out, like if, let’s say Gabby was like, feeling it with ‘Frank.’ ‘Frank’ could be like, ‘Rachel, sup?’ There’s a little bit of like, options, right? And the thing about Paradise, what makes it different is people have options.”

He also revealed producers “said it was hell to film because they decided to have two Bachelorettes, like, last second. So the scheduling was for one Bachelorette. They had to jam it all in. And then I asked, I’m like, ‘What if it goes really well, like, this is a hit?’ … The people I talk to, they hope they never do it again. Just because of the logistics. I think, a cruise ship probably was the challenge.”

Honestly even more excited for the season knowing all this.