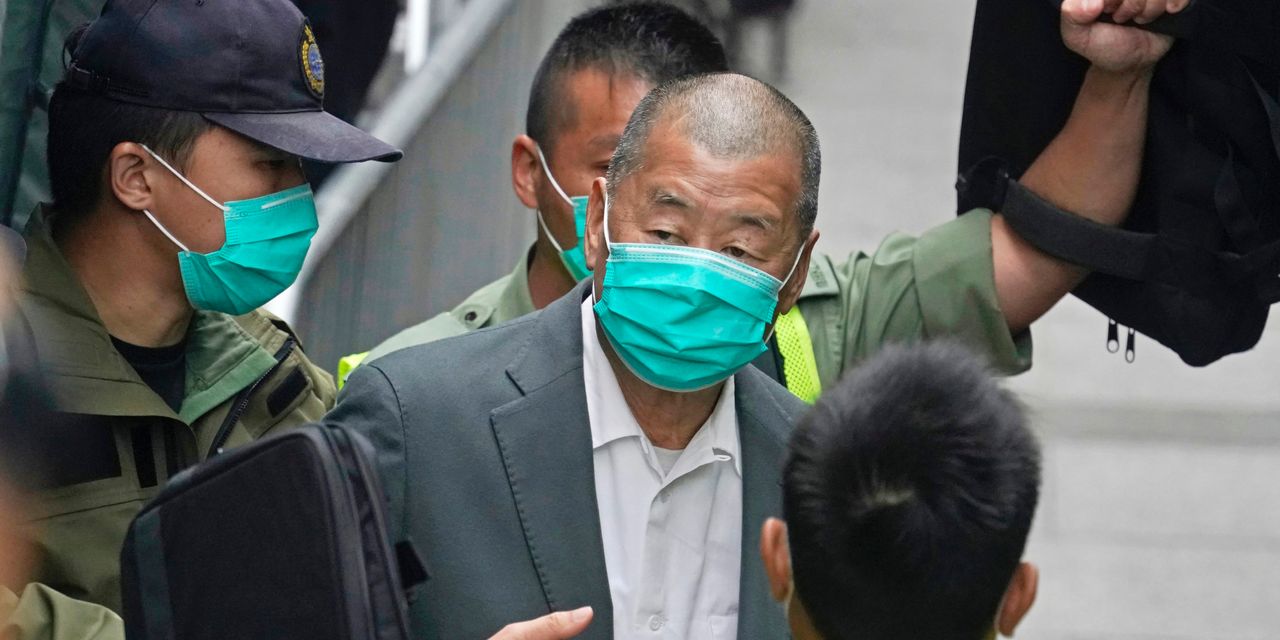 Foreign policy looms large as the United Kingdom chooses its next Prime Minister, and final contenders Rishi Sunak and

have sounded tough notes on China. How about also speaking out for

the British citizen languishing behind bars in Hong Kong for more than a year and a half?

The 74-year-old Mr. Lai incurred Beijing’s wrath because his popular newspaper, Apple Daily, campaigned for democracy in Hong Kong. Mr. Lai now faces up to life in prison under the national security law that Beijing imposed on Hong Kong to outlaw dissent. Authorities have seized the assets of Apple Daily, forced its closure and arrested others on its executive and editorial teams, some of whom remain in pre-trial detention.

Mr. Lai, a British citizen, could have used his British passport to escape Hong Kong with his family before the crackdown began. Instead he chose to stay. “I’ve been one of the troublemakers. I can’t just make trouble and then leave,” he told us in 2019. “Our media will stay until the last day—until they either close me or close our business, or arrest me or whatever.”

By “troublemaker,” he means peaceful demonstrator. That’s what a genuine hero of democracy sounds like. His words were prophetic as the Communist Party used trumped-up charges to silence him. Under the Sino-British Joint Declaration, China vowed to preserve the rights of Hong Kongers, including freedom of the press.

In the London Times last month, Ms. Truss wrote that the U.K. “will not rest until people of Hong Kong are able to enjoy their promised freedoms once more.” Mr. Sunak has condemned China’s human-rights abuses, saying “they torture, detain and indoctrinate their own people, including in Xinjiang and Hong Kong.” Both can do more by taking up Mr. Lai’s cause by name in their campaigns and working to secure his release to the U.K.

As the co-signer of the Joint Declaration, the U.K. has a particular obligation to Hong Kong. Current Prime Minister

has done a good deed by giving asylum in the U.K. to residents of Hong Kong who aren’t British citizens but hold British National (Overseas) passports. But the British government shouldn’t forget its citizens languishing in Communist jails.