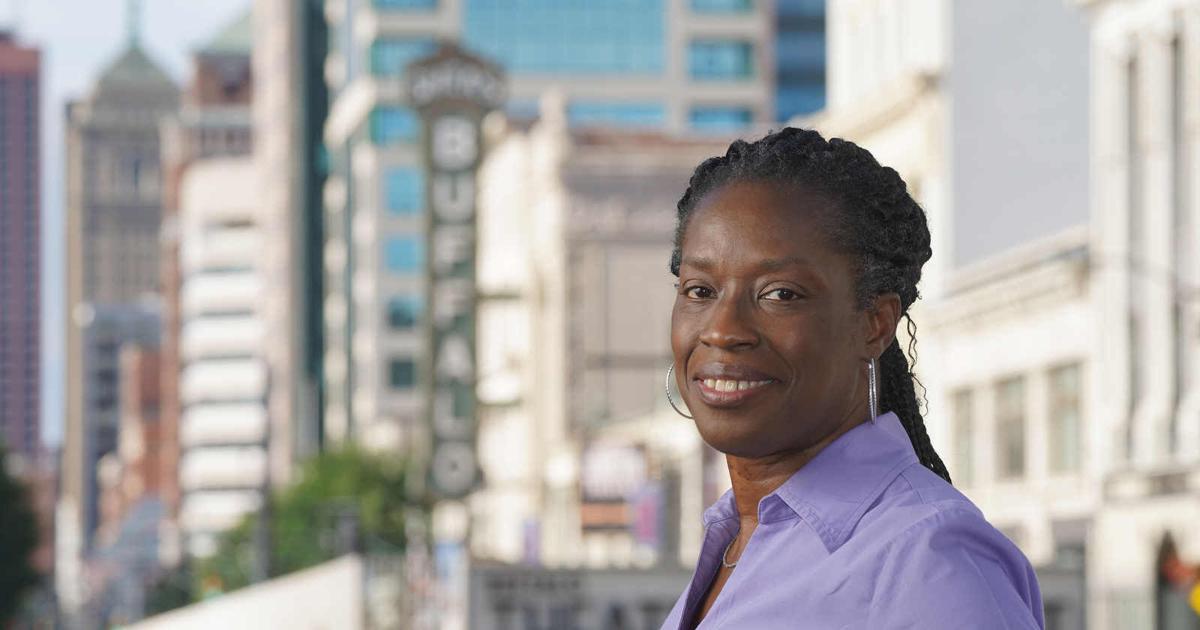 Longtime journalist Sheila Rayam has been named executive editor of The Buffalo News, the first Black journalist and the second woman to hold the position in The News’ 142-year history.

Rayam has been the executive editor of Gannett’s Mohawk Valley news operations, including the Utica Observer-Dispatch, since April 2021. Prior to that, she spent three decades rising through the ranks at the Democrat & Chronicle after graduating from SUNY Buffalo State. Rayam, a Rochester native, is scheduled to start her new role in Buffalo on Aug. 22.

Rayam, 55, will be the newspaper’s eighth editor, succeeding news industry veteran Mike Connelly, who retired May 6 after nearly 10 years in the job. His retirement led to a national search for a successor, culminating Tuesday when President and Publisher Tom Wiley announced Rayam’s appointment.

“We are proud to have Sheila as the eighth editor of The Buffalo News,” Wiley said. “Her intelligence, warmth and integrity combined with her passion for journalism will help lead our organization into an exciting future. She brings an impressive history of innovative, audience-focused journalism leadership to The Buffalo News.”

In an interview before the announcement, Rayam said she has admired The News’ work for decades and is “excited and honored to be able to join a team filled with so many great journalists.”

Her priorities when she arrives include engaging with the community, forging ahead with The News’ digital transformation and continuing the newspaper’s vital role as a watchdog that shines a light on what’s happening in the area.

“The thought of being in a city that I love and working and leading a team that I respect a great deal was just an opportunity that I couldn’t pass up,” she said.

Rayam takes the job as The News continues to cover the aftermath of the mass shooting on May 14 at the Tops Markets store on Jefferson Avenue, where a racist gunman from the Binghamton area killed 10 Black people and wounded three others in a massacre that rattled the community and the country.

Reading from afar, Rayam said she was struck by The News’ thoughtful coverage, in which she observed reporters trying to connect with the community and make readers understand the tragedy’s devastating impact.

“There are many more stories to tell,” she said. “I think The Buffalo News will be key in really unraveling this tragedy and helping the community move forward as best we can.”

Rayam said she’s eager to engage with the community when she arrives in Buffalo. That will be one of her major priorities and one in which she will lean on her experience as the Democrat & Chronicle’s community engagement editor from December 2014 to March 2021.

Among the initiatives Rayam is most proud of in that role: She guided the newspaper’s mobile newsroom strategy, aimed at building trust and readership in nine key ZIP codes of Rochester. She also leveraged community partnerships to secure locations for pop-up mobile newsrooms in diverse neighborhoods. Rayam grew up in Rochester’s 19th Ward, one of the city’s largest and most diverse neighborhoods.

“It’s really about centering people in your journalism,” Rayam said. “It’s really about talking to the community to find out what their needs are, and then working to support and provide the information that they need.”

In addition to elevating voices in the community, Rayam also is committed to continuing the newsroom’s efforts to transform digitally.

“If you tell great stories, people will read those stories on the platform they want,” Rayam said as she was introduced to The News’ newsroom staff Tuesday morning. “Every day they’re looking for information – information about key decisions about their life. We’re going to give them that information when they want it, where they want it.”

At Gannett’s Mohawk Valley operations, Rayam led a newsroom that grew digital subscriptions to the Utica Observer-Dispatch’s website by 63% last year. Along with the Utica newspaper, Rayam also led news operations for the Herkimer Times Telegram and the Mid-York Weekly.

“The Buffalo News is robust, but there’s always room to do new things,” Rayam said. “And what I’d like us to do is to make sure that we understand our audience’s needs and make sure that we’re providing the content that they need, when they’re looking for it and in the format that they want it.”

For Rayam, joining The Buffalo News, which is owned by Iowa-based Lee Enterprises, will be the first time she has worked outside Gannett, the country’s largest newspaper publisher following its 2019 merger with GateHouse.

The 1990 Buffalo State graduate interned at the then-Gannett-owned Niagara Gazette and then went to work as a clerk at the Rochester Times-Union, the former Gannett-owned afternoon paper that would eventually merge into the Democrat & Chronicle.

At the Democrat & Chronicle, she worked as a reporter, copy editor, site manager for women’s news site herrochester.com, entertainment editor and then community engagement editor before taking the top newsroom job in Utica.

Next stop: Buffalo, where Rayam will move in the coming weeks and will immediately key in on engaging with the community.

The smart way to start your day. We sift through all the news to give you a concise, informative look at the top headlines and must-read stories every weekday.