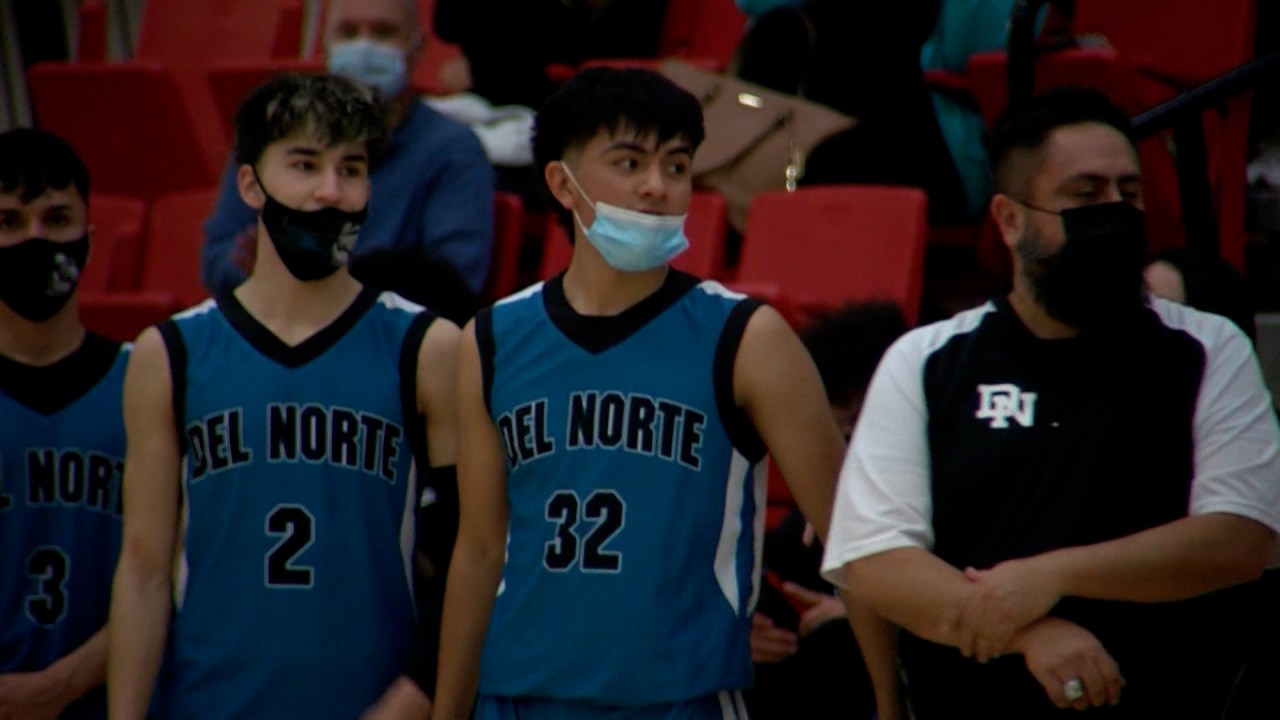 ALBUQUERQUE, N.M. (KRQE) – Del Norte senior Shane Douma-Sanchez has been on quite the basketball journey. After winning a state championship with Del Norte in 2021, the Knights star began generating college interest, however after ACL and meniscus tears, the coaches stopped calling. Now as he is recovering from the injury, he is making a name for himself on the national stage.

Douma-Sanchez has been on a summer tour around the country playing with and against some of the top talent in the nation. After playing in the Pangos Showcase 80 event in Long Beach, California, he went on to play in the Native American Basketball Invitational (NABI) championship game at the Footprint Center in Phoenix, Arizona on ESPN+.

“I say this in not a cocky way at all; I’m not even close to being healthy really, but this summer I have played a lot of ranked players and top 100 players in the country, and I have not played one player this summer that I feel is better than me at all,” Douma-Sanchez said.

Going into his senior year, Douma-Sanchez did not reveal what the outlook is for playing at the next level. Many challenges outside of his control, such as where he’s from and his heritage, present issues that someone with his skill level normally wouldn’t deal with, however, he uses those factors as fuel to become a better player.

“I feel like coming from New Mexico, it’s just different,” he said. “I have to show that I belong on the court at all times and just play hard… Me being barely 6’1″ and not just a freak athlete or just bigger than everyone, me being Native American, like all that, people just doubt me all the time and really it’s just motivation.”

Del Norte is coming off of back-to-back state championship appearances, including a state title in 2021. This past season, Douma-Sanchez led the Knights as an 11 seed to the title game, where he posted a team-high 36 points. Del Norte lost some key pieces going into next season, but with Douma-Sanchez at the helm, the team remains a force to be reckoned with in class 4A.