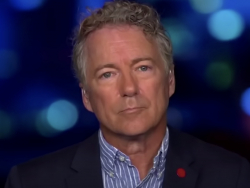 Sen. Rand Paul (R-KY) on crime around the country: “There’s going to come a day of reckoning where the people who live in New York City – crime disproportionately affects those in poor neighborhoods and those who are minorities. One day they’re going to rise up and say, ‘We’ve had enough. The Democrats are not protecting our children.’ Kids are dying at the bus stop. Kids are dying on the subway. The Democrats don’t care about your kids. And it continues to happen decade after decade. There’s going to be a day that people are going to wake up and say, ‘We’ve had enough. We’re going to vote for law and order.’ And Lee Zeldin is the law and order candidate. So I think there is a chance that people will say, ‘I don’t care, Black, White, whatever. I’m not associated with any party. I want a stop to the crime and we have to put people in jail.’ I think that’s coming.”