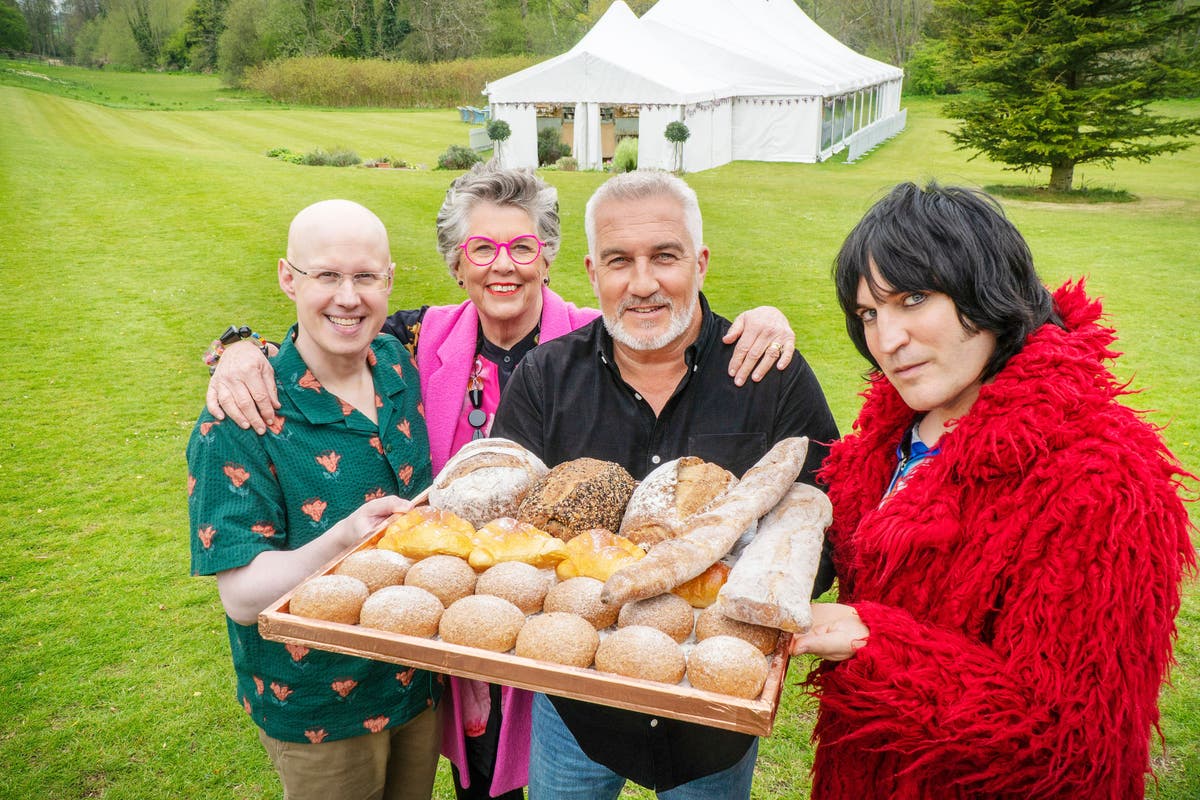 Libyan-born Maisam, 18, from Greater Manchester, was eliminated after failing to impress judges Paul Hollywood and Dame Prue Leith with her Venetian mask showstopper or her carrot-shaped signature biscuits.

In a letter shared on Twitter, she said: “Bake Off is simply life-changing and one of the best decisions I have made in my life.

“It has taught me to become a risk taker and representing my Libyan heritage in the tent is something I am really proud of.

“To go from baking in my own kitchen and into the tent just shows that you shouldn’t underestimate your passions because they can take you places that you’d never imagine.”

Afterwards, she said: “I didn’t think I’d even get on to the show let alone get a handshake and become star baker so I’m really happy. It’s definitely giving me a confidence boost.”

The contestants were first challenged to create 12 identical macarons that were disguised to look like something other than the familiar French biscuits.

“Produce something that packs a punch and looks amazing, don’t try and overdo it at this stage.”

The contestants opted for a wide range of macaron disguises, with Carole and Sandro opting to make biscuit burgers, Janusz choosing watermelon shapes and Maxy going for daisies.

Maisam went for carrot-shaped biscuits, telling host Matt Lucas that the creations were inspired by her mother’s favourite flavours.

Hollywood said the texture of her biscuit was “spot on” but the flavour of orange blossom was “too strong” and that he wanted to see more definition in her bake.

The round saw two “Hollywood handshakes” given out, to Dawn and Maxy for their signature bakes.

“Have you washed it yet? Never wash off the Hollywood,” presenter Noel Fielding later told Dawn.

“You let it seal up like a resin and then you peel it off like a glove.”

In the technical challenge, the contestants made 12 Garibaldi biscuits, with feathered chocolate decoration, with Dame Prue warning contestants: “Don’t get creative.”

“Just stick to the recipe and don’t dare disappoint,” she said.

Baker Syabira appeared to have misunderstood the brief of “feathered chocolate” – placing full white chocolate feathers on top of her biscuits, which made Dame Prue chuckle.

“It’s quite original… it’s not what we asked for though,” she said, while Hollywood described them as “ridiculous”.

Electronics engineer Abdul placed last in the challenge as his creations were later labelled “a mess”, with the look of the biscuits being criticised by Hollywood as “just one of the problems”.

The technical was won by Northern Irish master’s student Rebs, with James and Sandro coming second and third respectively.

“I really don’t know how that happened,” Rebs said, after looking visibly surprised by her win.

But her luck did not last, with the biscuit base of her showstopper mask breaking in the oven before assembly in the final challenge.

Forced to redo the base of her Venetian-style fascinator mask, the size of Rebs’ final creation was noted by both Hollywood and Dame Prue.

“I think it’s very charming, it’s perhaps a bit small,” said Dame Prue, with Hollywood adding: “I think you could have done more.”

On the biscuit’s taste, he added: “I think the spices are too hot for a ginger biscuit, it’s quite soft, in fact it’s more cookie-like than it is biscuit-like.”

Dame Prue added: “I think you could be a fascinator designer.”

Disaster also struck for Carole in the showstopper, when her mask cracked and caved in, minutes before the end of the challenge.

The baker had added lard to her mixture which, Hollywood pointed out, made the biscuit soft and unstable.

“It’s a shame because it is beautiful and I love the taste of (the macarons),” he said.

Maisam created a Venetian mask for her showstopper, describing the design as “simple but effective”.

Dame Prue admitted: “In an ideal world I would like you to do just a little bit more.”

The popular baking show returned to Welford Park in Berkshire for this series after two years of filming at Down Hall in Hatfield Heath, Essex.

The Great British Bake Off continues at 8pm on Tuesdays on Channel 4.