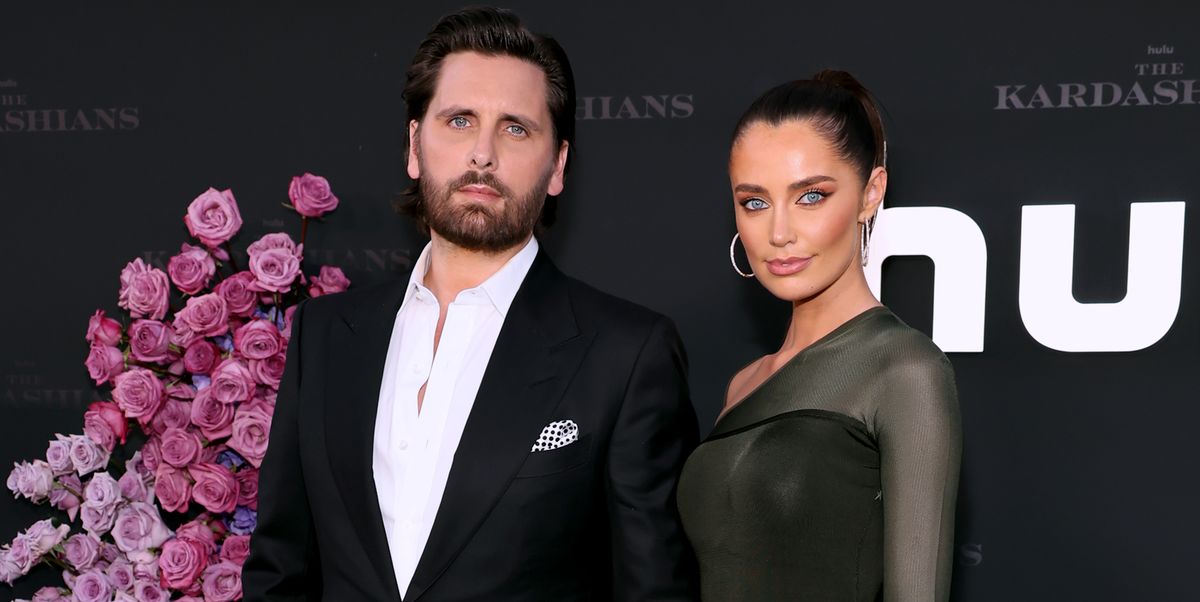 To everyone wondering if Scott Disick would show up at Hulu’s The Kardashians premiere despite the extremely awkward vibes between him and Kourtney. Answer: he did. And he straight-up brought his brand new girlfriend, model Rebecca Donaldson, and posed with her in official red carpet pics.

This marks Scott and Rebecca’s first official appearance together after being spotted out in early April, and this particular event is definitely a choice for their debut! Mostly given the fact that Kourtney was also at this premiere alongside her new husband-ish Travis Barker:

To make this situation even more awk, Kourtney and Travis are hot off the heels of an (unofficial) Vegas wedding, and while sources haven’t spilled how Scott feels about this yet, he hasn’t historically been the most enthusiastic about their relationship. Just a couple weeks ago, a source told Us Weekly that Scott “can’t stand being around” and “despises Travis” but is trying to look past it because he “adores his kids and would do anything to make them happy.”

Apparently the pair are “not on friendly terms” and only hang out “because the kids are around,” and meanwhile Scott “feels like Kourtney was the one that got away and [he] still can’t wrap his head around the fact that they’re getting married soon. He feels like he’s not going to find someone like Kourtney.”

Looks like Travis and Scott managed to keep their distance at The Kardashians premiere, but yikes. Anyway, reminder that this show airs Thursday, April 14 on Hulu!

Mehera Bonner
Mehera Bonner is a celebrity and entertainment news writer who enjoys Bravo and Antiques Roadshow with equal enthusiasm, She was previously entertainment editor at Marie Claire and has covered pop culture for over a decade.