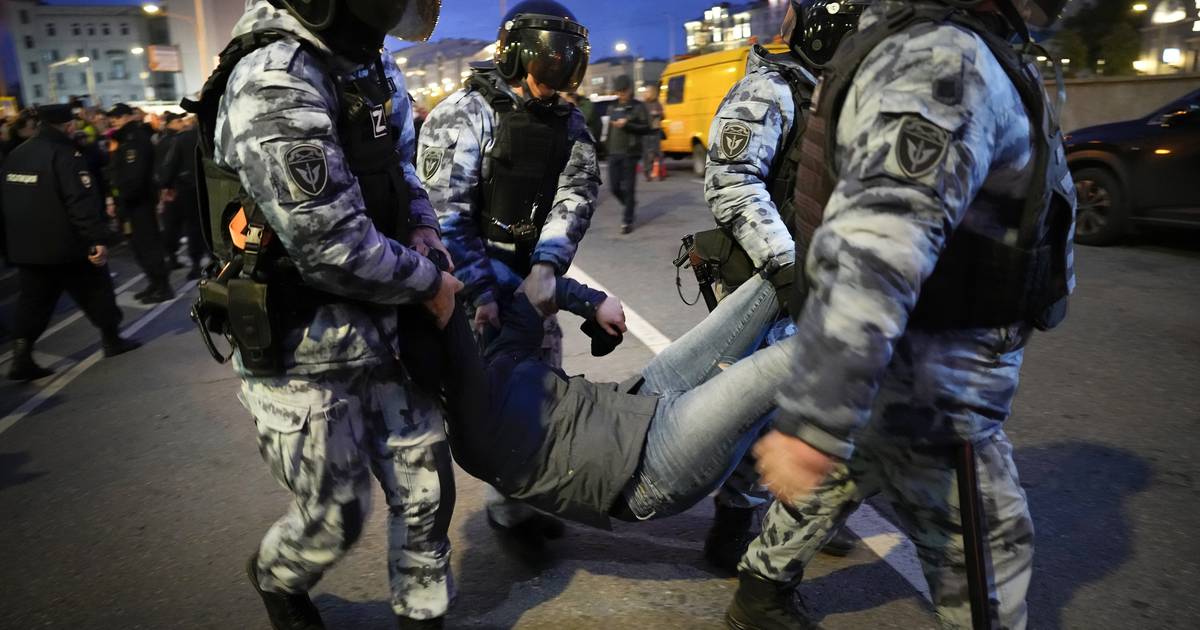 Thousands of Russians took to the streets and fled the country Wednesday after Vladimir Putin called for a massive reservist mobilization.

Protesting and criticizing the war in Ukraine is illegal in Russia, and more than 1,300 people were arrested in 38 cities across the country, including Moscow and St. Petersburg, according to Agence France-Presse.

Wednesday’s demonstrations were the largest in Russia since Putin launched his unprovoked war on Feb. 24. The few remaining flights out of Russia quickly sold out at exorbitant prices, and long lines were spotted along land borders with Finland and Mongolia, the Washington Post reported.

“Thousands of Russian men — our fathers, brothers and husbands — will be thrown into the meat grinder of the war,” the Vesna opposition group said. “What will they be dying for? What will mothers and children be crying for?”

Putin’s reserve call-up could mean 300,000 Russian men are forced to join his bumbling war effort in Ukraine. The Russians were recently shaken by a lightning-fast Ukrainian offensive in the northeast.