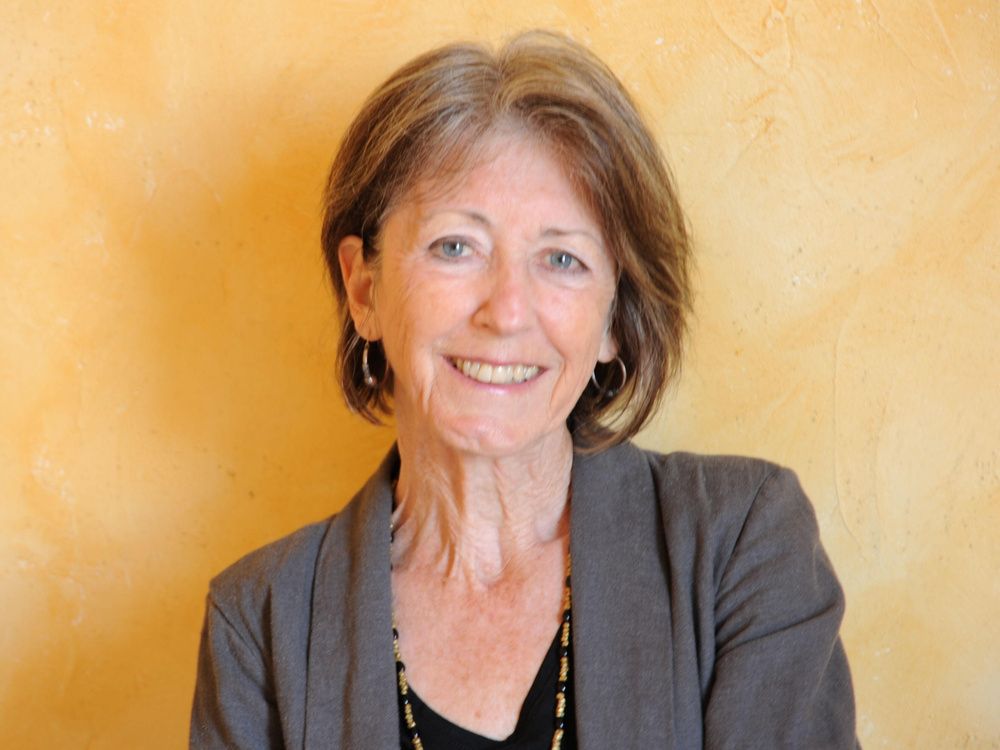 Confessions With Keith: Extracts from the Journals of Vita Glass

Start your day with a roundup of B.C.-focused news and opinion delivered straight to your inbox at 7 a.m., Monday to Friday.

The next issue of Sunrise presented by Vancouver Sun will soon be in your inbox.

As she mulls over “mid-life banalities” and chronicles “record lows,” Vita Glass might not be the most consistent of diarists. After all, what harried parent has the time and energy to write seven days a week?

She’s an avid one, though.

Vita ponders everyday woes (noisy pets, judgmental neighbours, the uphill battle of home maintenance, or the enduring mystery of the optimal hairstyle for a woman of a certain age) and her takes on them are magnetic. She bares her soul and grants readers a privileged role as an audience for artfully expressed — funny, honest, wry, intimate — private thoughts, that were composed, of course, by Victoria’s Pauline Holdstock, a professional who published her debut novel more than three decades ago.

While crisis and uncertainty are foundational materials in Confessions With Keith, coping with humour, wit, and as much dignity as one can muster are the aspects that gleam. A “Capable Mom” faced with mishaps and hassles, as well as an abrupt marital downturn, Vita is a memorably perplexed householder, and writer too, who’d love some peace and quiet but settles for holding family and herself together when chaos drops by her Victoria address.

When Vita chronicles her thoughts on parenting adolescents, marital distress, career ups and downs, and life in general, she’s deeply appealing.
The challenges, setbacks, and successes of Vita’s “daily havoc” may not be our own, but her overall bafflement at life’s detours and surprises — bad through good — resonates, as does her willingness to just carry on, handling one issue (the costly plumber), then another (the wayward husband), and then another (the children and their many needs, moods, attitudes, and expectations).

“We are a soap opera, a living cartoon strip,” Vita observes. Well, aren’t we all?

While Holdstock might have plans for decades worth of substance from Vita’s pen, the extracts that make up Confessions With Keith cover about 15 months — tumultuous ones — near a time when grunge music hadn’t yet become classic rock.

Confessions opens on Mother’s Day. Vita sets aside a few minutes to portray an occasion that never quite measures up. She argues with her adolescent daughter — once again — about responsibility.  She outlines her daughter’s sudden new attitude: “Kate’s role model used to be the Wicked Queen… Now it’s Lady Macbeth.”

On page after assured page, Vita’s confounded, thrilled, irked, hurt, and envious — about minutia as well as the big picture — and all of which are facets of what she terms “the senselessness of human existence.”

From “3 a.m. Haven’t slept. … Oh. I am so done with kid stuff. I am so done” on May 25 to “The fact that people will not stop eating or dirtying clothes or falling sick makes it very difficult to pursue leisure” about a month later, she has a head full of astute comments about the paucity of domestic life.

And then there’s “I think we should split up,” her husband Jack’s proclamation in August.

Suddenly, Vita’s really on the verge — of meltdown on one day, a Zen breakthrough the next.

On marriage she’s especially incisive. She and Jack are “all bound up together,” she writes. “We’re sort of bonded, clumped together like nylon rope over a flame.” Later, she notes, their discord is “worse than the seven-year itch”; she describes it as “the twenty-year something. Continental drift? Tectonic shift?”

Over Christmas, Dad-free vacations, and weekend getaways, she’s a stalwart figure, negotiating quarrels, queries, and adolescent impetuousness with aplomb. Alone at night, Vita is less well-composed: “I no longer know who I am. Pathetic, wronged wife, dangerously crossed queen, or a free, broad spirit” She feels unbounded — cut loose — one moment and guilt-ridden or desperate and lonely the next. On still other days Vita records hours of scraping by: “March 24. Life continues dull as ever. March 25. Same. March 26. I think I shall go mad.”

Fifteen months after her inauspicious Mother’s Day, Vita is at home, pondering rodents. Buoyed by a new normalcy, she’s also ready for the new chapter. Or, as ready as she’ll ever be:  Holdstock’s persevering diarist hopes for the best but warily counts on the fact that for every picnic there are always ants.