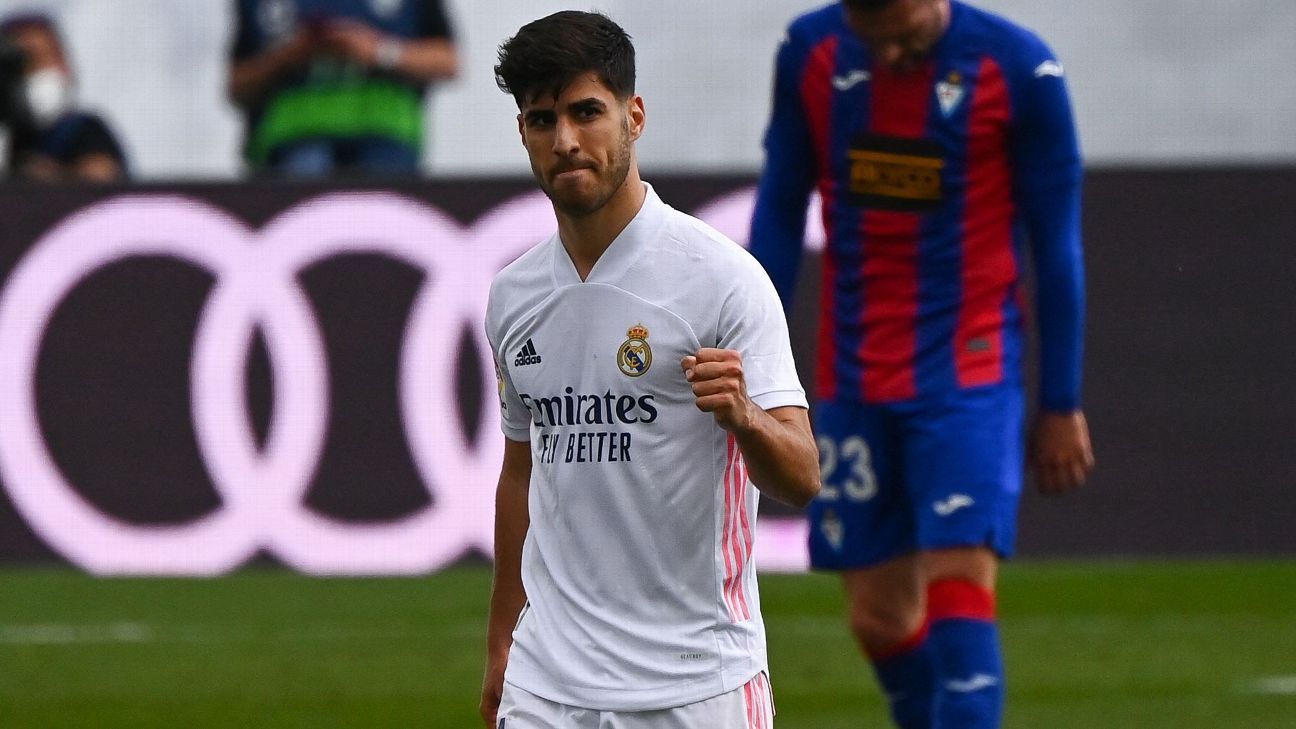 The summer transfer window was unlike any other; see all the major deals and check out how we graded the biggest signings. And just because the window is shut until January, that doesn’t mean the rumours won’t keep coming. Here is the latest gossip and speculation.

TOP STORY: Asensio’s Madrid days could be over

Real Madrid are looking to offload playmaker Marco Asensio, according to El Nacional.

The 25-year-old is under contract with the club until 2023, but the report claims that Florentino Perez is worried about Asensio’s market value dipping as well as his form since recovering from a serious knee injury.

Several Premier League clubs have previously been linked with a move for the winger in the summer. Arsenal, Tottenham, Liverpool and Manchester United have been rumoured with signing the player in the past and could be presented the opportunity again.

The Spain international has started only three matches for Los Blancos this season, struggling to break into the first team under Carlo Ancelotti. The lack of game time mixed with the expiring contract is what has reportedly forced president Perez’s hand to push to move the player on.

The winger joined Real Madrid from Mallorca in 2015 for just over £3.15 million, with the Madrid hierarchy signing Asensio from under the nose of Clasico rivals Barcelona, who were also interested in him.

– Portuguese side Sporting Lisbon are willing to make the loan of Manchester City full-back Pedro Porro a permanent switch, according to Record. The 22-year-old is currently spending his second season with the Liga NOS side, impressing the hierarchy to feel the need to trigger an €8.5m release clause in the loan before another side makes a move. Real Madrid are one of those linked. His contract lasts until 2025, and there will be a new release clause of €45m included.

– Chelsea, Liverpool, Real Madrid and Juventus are all in pole position to sign Monaco midfielder Aurelien Tchouameni, writes Tuttosport. The 21-year-old has attracted interest from many big-name teams with his ability for the Ligue 1 side, with a reported valuation of €45m set by the club to let him leave.

– Juventus are planning on moving their attempt to sign Fiorentina striker Dusan Vlahovic from the summer to this January, reports Tuttosport. The 21-year-old has refused to sign a new contract with his current side, meaning he is free to leave the club in 2023. This has reportedly put a lot of clubs on alert for next summer, while the Old Lady plan their move for this winter.

– Calciomercato reports that Internazionale had a meeting with the agent of Karim Adeyemi over a potential move to the Serie A club. The 19-year-old has garnered interest for his performances at RB Salzburg, with Bayern Munich and PSG also reportedly linked.

– AC Milan are interested in Marseille midfielder Boubacar Kamara to replace the outgoing Franck Kessie. According to Calciomercato, the Serie A side are unlikely to make a move for the 21-year-old in January, but are more likely in the spring to make an attempt. The France Under-21 international is out of contract in the summer, with the report also claiming there is Premier League interest.