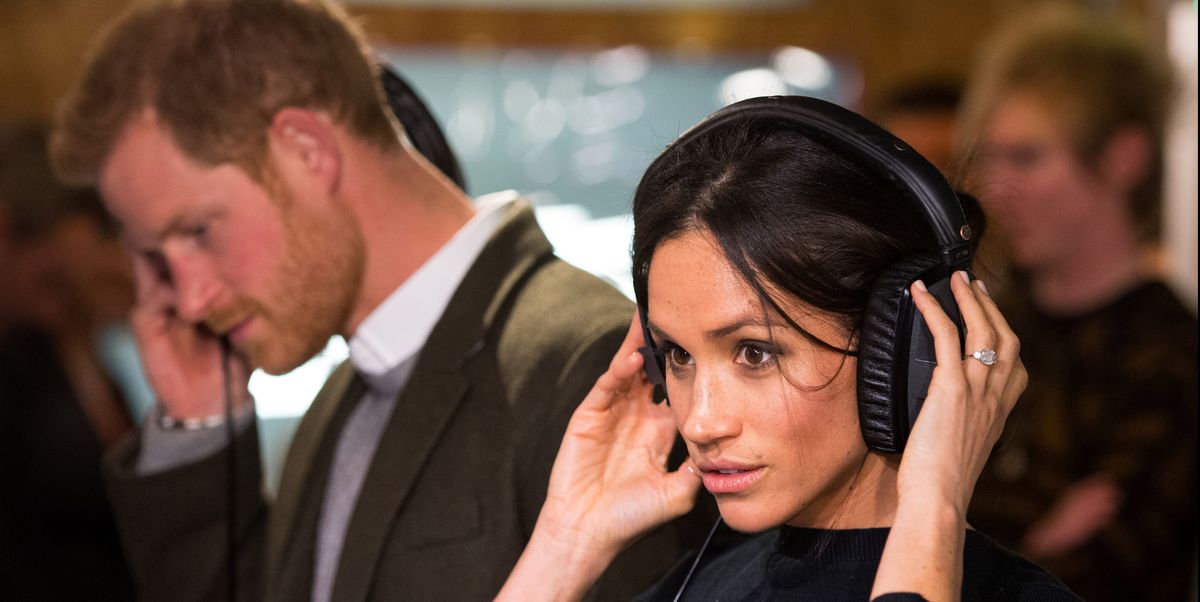 If you’ve been following Prince Harry and Meghan Markle’s post-royal moves, then you already know that the couple signed several high-profile deals following their royal exit. One of those deals was with Spotify, which signed the Sussexes to a reported $25 million deal to produce Archewell Audio content for the platform.

Harry and Meghan dropped the first episode of their Spotify podcast in December 2020, complete with their son, Archie Harrison’s, vocal debut to the world. The episode, dubbed a “holiday special,” was supposed to mark the launch of Archewell Audio, but more than a year later, it remains the only episode the couple has produced. The Sussexes’ prolonged Spotify silence prompted a wave of articles questioning what happened to the deal, but they remained publicly tight-lipped about the whole situation. That changed this weekend, however, when an Archewell spokesperson went on the record with some insight about what’s been happening behind the scenes between Team Sussex and Spotify.

The statement (which you can read in full below) echoes sentiments voiced recently by Neil Young and Joni Mitchell, both of whom recently announced that they were pulling their music from Spotify in protest over vaccine misinformation hosted on the platform.

“Since the inception of Archewell, we have worked to address the real-time global misinformation crisis. Hundreds of millions of people are affected by the serious harms of rampant mis- and disinformation every day,” an Archewell spokesperson said in the new statement. “Last April, our co-founders began expressing concerns to our partners at Spotify about the all too real consequences of COVID-19 misinformation on its platform. We have continued to express our concerns to Spotify to ensure changes to its platform are made to help address this public health crisis. We look to Spotify to meet this moment and are committed to continuing our work together as it does.”

Young’s decision to pull his work from Spotify was reportedly related directly to the streaming company’s relationship with Joe Rogan, whose podcast, The Joe Rogan Experience, was reportedly the most popular on Spotify in 2021. Rogan has made several inaccurate statements about vaccines and COVID-19 on the podcast. On January 10, a group of more than 260 scientists, medical professionals and professors penned an open letter to Spotify urging the company to take steps to fight the misinformation being spread on the platform, singling out Rogan’s series a specifically problematic.

Following Young’s request to remove his body of work from the platform, Spotify claimed to have already have removed a significant amount of content related to the pandemic (although the company’s statement didn’t specify details about its content policies, including what role, if any, misinformation plays in getting podcast episodes pulled down).

“We want all the world’s music and audio content to be available to Spotify users. With that comes great responsibility in balancing both safety for listeners and freedom for creators,” a Spotify spokesman told The Washington Post in a statement. “We have detailed content policies in place and we’ve removed over 20,000 podcast episodes related to covid-19 since the start of the pandemic. We regret Neil’s decision to remove his music from Spotify, but hope to welcome him back soon.”

The Archewell statement suggests that Harry and Meghan’s podcast has been stalled, at least in part, because of their concerns about Spotify’s role in spreading misinformation about public health. Only time will tell at this point how the Archewell x Spotify will partnership play out (and how many other artists might pull their music from the platform before this whole situation is resolved).