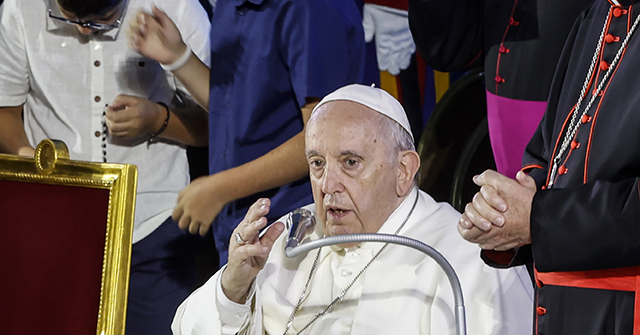 ROME — Pope Francis has demoted the leader of the conservative Opus Dei group from bishop to priest, revoking the structure ordained by Saint John Paul II.

In an apostolic letter ironically titled “Ad Charisma Tuendum” (In defense of the charism), Pope Francis reversed measures enacted by Saint John Paul II in 1982 that ensured that the Opus Dei personal prelature would always be governed by a bishop, thus guaranteeing a certain degree of independence and flexibility.

Francis has transferred the oversight of Opus Dei from the Congregation of Bishops to the Dicastery for the Clergy in a move widely interpreted as a backhanded slap to the group, which has traditionally focused on the sanctification and salvation of souls rather than contemporary concerns close to Francis’s heart such as climate change, immigration, anti-free market capitalism, and multilateralism.

In explaining why in the future the head of Opus Dei will no longer be a bishop, Francis states that for the good of the group’s “particular gift of the Spirit,” what is needed is “a form of government based more on charism than on hierarchical authority.”

In 1982, Saint John Paul II established Opus Dei as the Catholic Church’s first personal prelature under the leadership of its own bishop with his apostolic constitution Ut Sit, giving it a juridical configuration “suited to its specific characteristics.” John Paul wrote in that text:

The Ordinary of the Prelature Opus Dei is its Prelate, whose election, which has to be carried out as established in general and particular law, has to be confirmed by the Roman Pontiff. The Prelature is under the Sacred Congregation for Bishops, and will also deal directly with the other Congregations or Departments of the Roman Curia, according to the nature of the matter involved.

Later, in 2001, John Paul reiterated the appropriateness of having Opus Dei governed by its own bishop.

Pope John Paul said in March of that year:

You are here representing the components by which the Prelature is organically structured, that is, priests and lay faithful, men and women, headed by their own Prelate. This hierarchical nature of Opus Dei, established in the Apostolic Constitution by which I erected the Prelature, offers a starting point for pastoral considerations full of practical applications.

…that the membership of the lay faithful in their own particular Churches and in the Prelature, into which they are incorporated, enables the special mission of the Prelature to converge with the evangelizing efforts of each particular Church, as envisaged by the Second Vatican Council in desiring the figure of personal prelatures.

In an attempt to explain why Pope Francis felt compelled to demote Opus Dei’s leadership, some have had cited the decades-old public hostility with which the pope’s Jesuit order has regarded Opus Dei.

Other have underscored Francis’s personal animosity toward Opus Dei and his aggravation years ago that his own brother was close to the organization.

Whatever the pope’s personal reasons for humiliating Opus Dei, the measure will not do much to dissuade those who see Francis as vindictive toward those he views as unaligned with his priorities and merciful only toward those who share his progressive leanings.

While the pope has consistently marginalized groups that do not share his pastoral slant, he has simultaneously elevated members of his own Jesuit order in a manner unprecedented since the notoriously nepotistic era of the Renaissance.