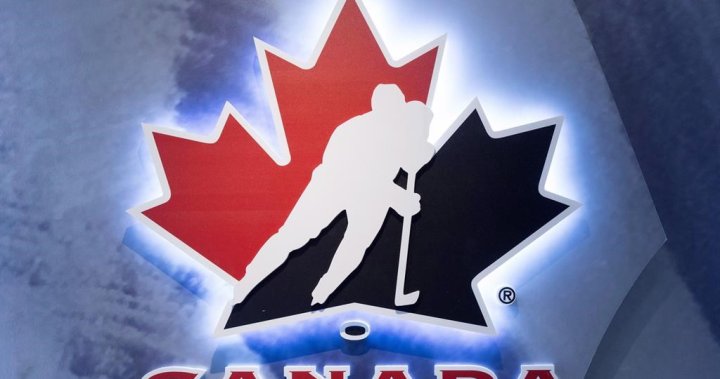 The allegation, which Hockey Canada shared publicly in a Friday press release, comes at a time when the organization is already under fire for its handling of an alleged 2018 sexual assault involving eight unnamed players who were on that year’s men’s junior hockey team.

The incident is alleged to have occurred in Halifax, where regional police announced on Friday they have opened an investigation into the accusation.

“We take all matters of this nature very seriously and will be conducting a thorough investigation,” they wrote to Global News in a statement.

Hockey Canada: A timeline of how the agency handled 2018 sexual assault allegation

In its press release, Hockey Canada says its staff heard a rumour two weeks ago about “something bad at the 2003 World Juniors.” The organization said it was given no details of “any sort” with regards to those rumours.

The organization said that on Thursday evening it was contacted by a CTV reporter, Rick Westhead, who they say had “disturbing details” of the alleged incident.

5:30
What will it take for Hockey Canada to rebuild the trust of hockey fans?

What will it take for Hockey Canada to rebuild the trust of hockey fans?

Hockey Canada said it had also recently spoken with Conservative MP John Nater who had “similar information” about the allegations.

“The details in Mr. Westhead’s email were deeply disturbing and Hockey Canada immediately contacted Halifax Regional Police, as Halifax was the co-host city of the 2003 IIHF World Junior Championship, and also notified Sport Canada of the information shared with us,” Hockey Canada wrote in its statement.

Hockey Canada said it “will cooperate with and support the authorities in every way (it) can.”

The Halifax Regional Police confirmed to Global News in a statement that, late Thursday night, they did receive “a report related to a historical sexual assault that is alleged to have occurred in Halifax in 2003.”

“It is not our practice to provide information in relation to individuals involved in investigations unless charges have been laid and sworn before the courts.”

The National Hockey League (NHL) also intends to investigate the latest allegations, according to a tweet the organization issued Friday afternoon.

“We were made aware earlier today of the horrific allegations against members of the 2002-03 Canadian National Junior Team,” it wrote in the statement.

“The National Hockey League will look into the allegations and will respond appropriately.”

1:09
Trudeau says Hockey Canada needs to do ‘an awful lot’ to gain back trust of parents

Since the 2018 allegations first came to light in a TSN report in May, Hockey Canada lost government funding and corporate sponsorship.

The organization also came under heavy criticism when, as first reported by the Globe and Mail, an  affidavit filed in an Ontario court case suggested Hockey Canada had maintained a fund to pay for uninsured liabilities, including sexual abuse claims.

On Tuesday, Hockey Canada said they would no longer use this fund for sexual abuse claims

Prime Minister Justin Trudeau said the decision to stop using the fund is “obviously” a “step in the right direction.”

“But Hockey Canada needs to do an awful lot as an organization to gain back the trust of Canadians,” Trudeau told reporters in Halifax on Thursday.

“Their behaviour over these past years, and indeed over these past months, has been not worthy of an organization that embodies so many hopes and dreams for young Canadians, boys and girls, for sport, for healthy living, for so many parents (who) entrust their kids to this organization and organizations that flow from that.”

When asked for reaction on the latest allegations, the Prime Minister’s Office pointed Global News to the above comments from Thursday.

The House of Commons heritage committee will be meeting on Tuesday and Wednesday next week to continue a study into the allegations.

The sports minister is slated to appear on Tuesday, alongside heritage department officials and a lawyer.

On Wednesday, representatives from various hockey leagues — including Hockey Canada — will face questions from members of Parliament.