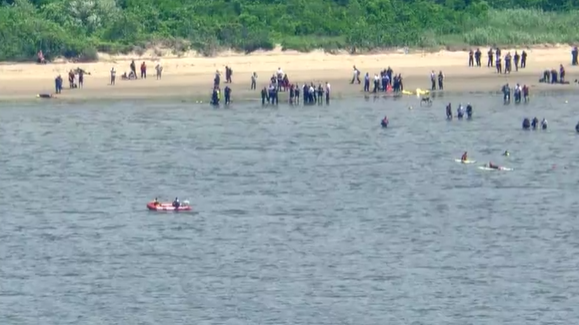 BROAD CHANNEL, Queens (PIX11) — Two 13-year-old boys have been recognized because the victims who were pulled from a Queens bay Friday.

Police mentioned the victims are Ryan Wong and Daniel Perasud, each of Queens. The boys reportedly have been reportedly standing on a sand bar earlier than turning into submerged underwater.

Eyewitnesses advised PIX11 Information that they noticed a gaggle of a minimum of 5 teenagers wading within the water on the Cross Bay Kiteboarding launch space, round 11:30 on Friday morning.

Not less than six rescue boats from the FDNY, NYPD, Coast Guard, and the town’s Parks Division responded to the scene, as did two dive groups, an NYPD helicopter, and different first responders engaged in a search. The boys have been pulled from the water, however died later at a hospital.