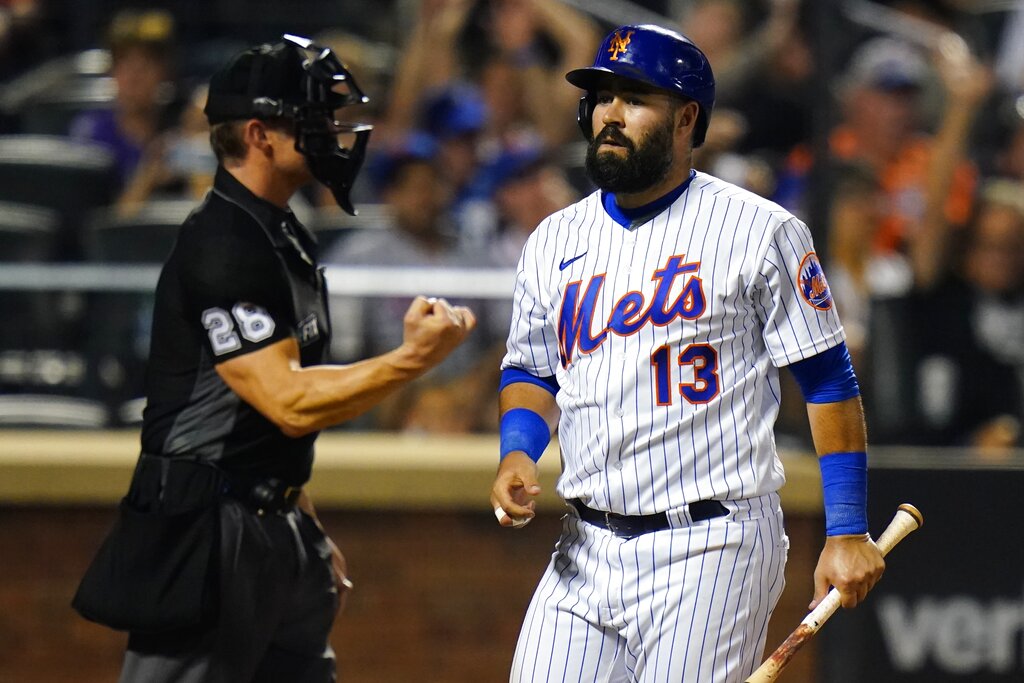 NEW YORK (AP) — Manny Machado hit a two-run homer in the sixth inning off Chris Bassitt and the San Diego Padres hung on for a 2-1 victory over the New York Mets.

Taylor Rogers allowed a bloop RBI single to J.D. Davis in the ninth before retiring Tomás Nido on a popup with runners at the corners for his major league-leading 28th save in 33 opportunities.

New York’s lead in the NL East is down to a half-game over the defending World Series champion Braves, its smallest since April 12. The Mets had a 10 1/2-game cushion on June 1.