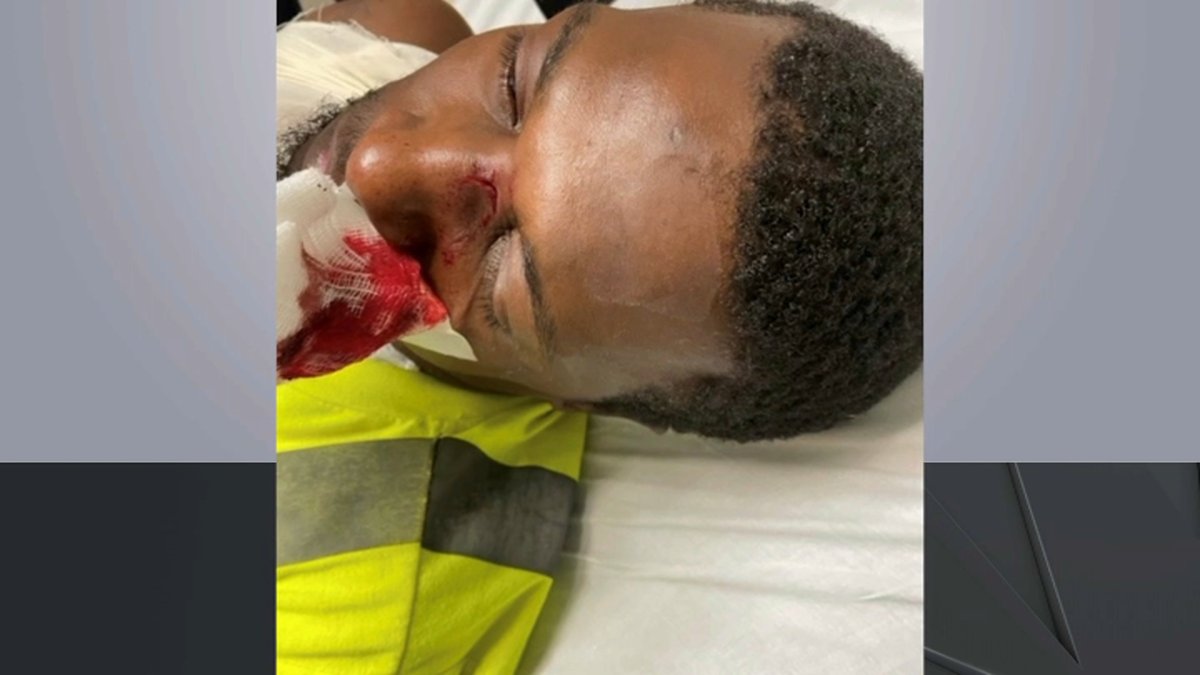 A New York City subway cleaner was left bloodied and with broken bones in an attack that the head of NYC Transit called “outrageous and unacceptable.”

The transit workers’ union, TWU Local 100, said that Anthony Nelson was attacked around 9:30 a.m. Friday outside the Pelham Bay subway station in the Bronx. After being told that a man was harassing people outside the station, Nelson went to get a look of the individual in order to provide a description to authorities, according to the union.

When he turned to go back inside the station, Nelson was attacked, suffering a broken nose and collarbone, the union said. But despite his injuries, Nelson and a good Samaritan held the suspect down long enough for police to arrive.

“Any assault on a transit worker is outrageous and unacceptable. We’ve said it before, if you commit a crime in the transit system, you will be caught and face justice. We are grateful for the NYPD’s rapid arrest in this case,” said NYC Transit President Richard Davey.

At a news conference Friday night, NYC Mayor Eric Adams spoke about how Nelson worked throughout the pandemic to help keep the subway system clean and running.

“I spoke with (Nelson’s) mother today, and you could just hear her voice, how proud she is of her son, who always wanted to be a transit employee. When you hear her talk about how hard he works,” Adams said.

The suspect was taken for a psychiatric evaluation. It was unclear what charges the man was facing.