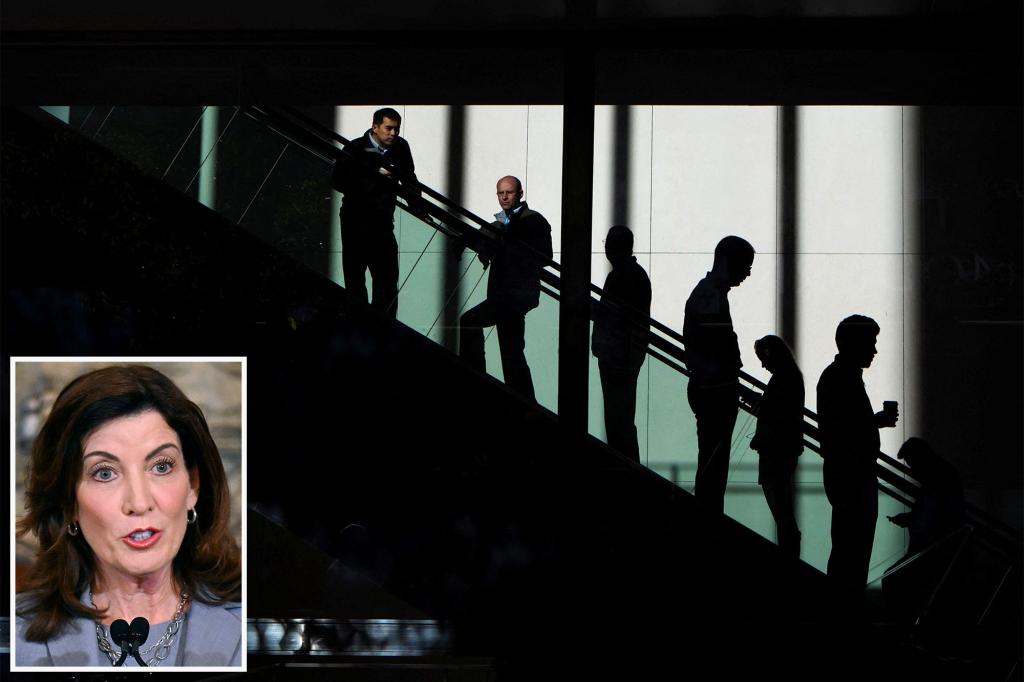 Happy days are far from here again — when it comes to New York’s lagging jobs recovery from the coronavirus pandemic.

“Although the nation has nearly recovered all its pandemic-related job losses as of June 2022, the State has only recovered 80.1 percent of its losses,” the quarterly budget report said.

“As a result of the downward revisions to the jobs growth forecast, the State’s employment is now expected to reach its pre-pandemic level in 2026.”

Previously state officials hoped New York would recover all its pre-pandemic jobs no later than 2025.

New York was the nation’s hardest hit epicenter of the initial COVID-19 outbreak in 2020, disrupting much of the Big Apple’s economy. New York City’s hotel and tourism industry, largely dependent on domestic and global travel, has particularly suffered.

Hochul’s original budget plan released earlier this year said the hotel and tourism sector would take longer to recover than other parts of New York’s economy.

Democrat Hochul faces off against Republican Lee Zeldin in the governor’s race this fall. She took over as governor after three-term Democrat Andrew Cuomo resigned last year under the threat of impeachment amid a sexual harassment scandal.