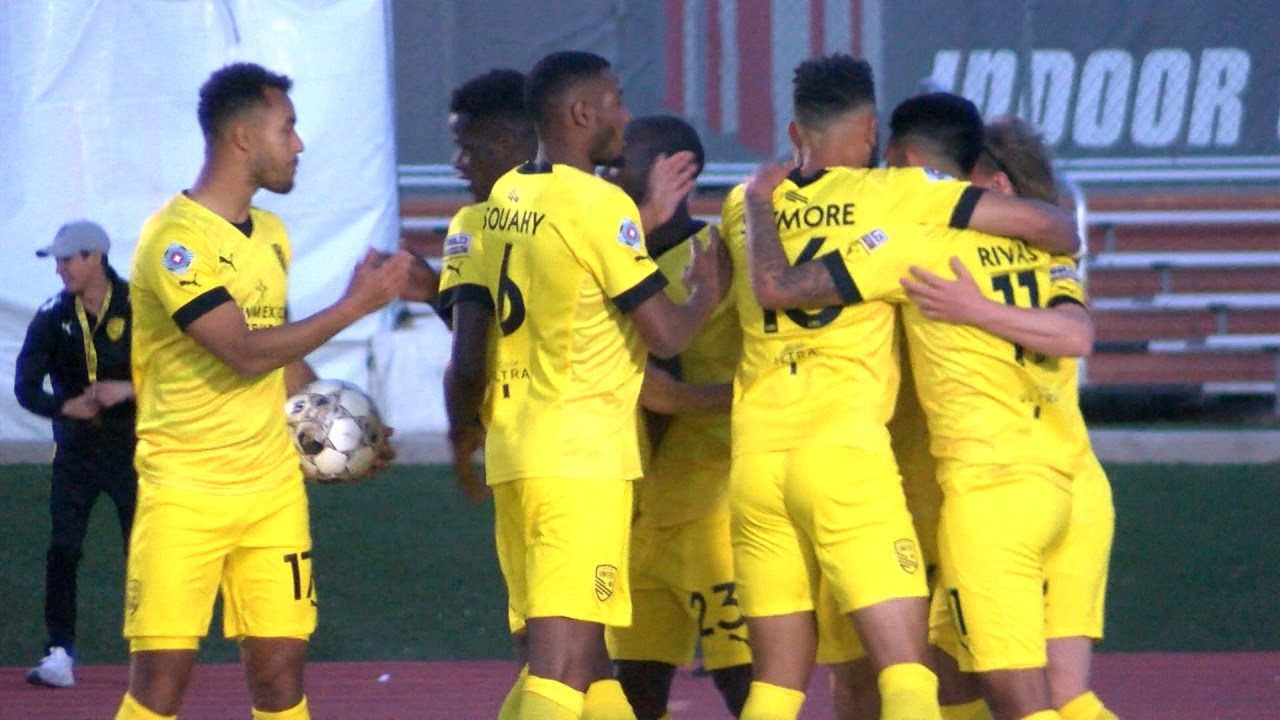 ALBUQUERQUE, N.M. (KRQE) – New Mexico United didn’t earn a victory on Saturday in Detroit, Michigan, but the Black and Yellow did prevent a loss with a clutch stoppage time goal to tie the game at 2.

“We are gritty team, there is zero doubt about that. I mean, it shows and we don’t lose games. Saying that, we have the potential to go and really push these last 14 games, towards the top of the table”, said NM United Head Coach Zach Prince, after this game.

There were a lot of whistles in this Saturday afternoon match against Detroit City FC. A handball penalty in the box from NM United led to the first goal of the game in the 25th minute. Detroit’s lead would not last long, though, as Chris Wehan capitalized a free-kick opportunity in the 30th minute, nailing a no-doubter goal from the top of the box.

NM United earned their 2nd straight draw and now holds a 9 win, 3 loss, and 8 draw record. Their next match will be on the road when they play New York Red Bulls II on Sunday, July 31st, at 4pm.