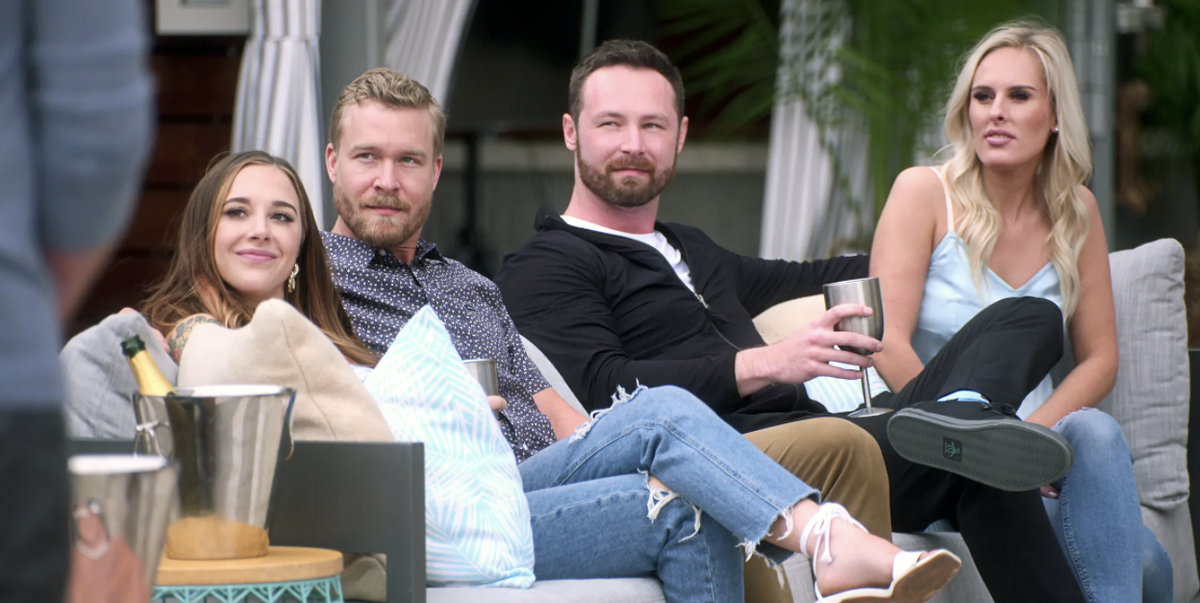 If Love Is Blind kept us (semi?!) sane during peak quarantine, The Ultimatum: Marry or Move On fully undid that because of…well…the wildly chaotic plotlines. I mean, kudos to hosts Nick and Vanessa Lachey, who truly know how to outdo themselves when it comes to this whole reality TV show-slash-love competition-slash-ultimate test of humanity thing. And because they just knew we needed more (even though season 1 just premiered a few days ago), Netflix decided to deliver with a confirmed second season. Details on absolutely everything we know so far about season 2 of The Ultimatum, ahead:

What Is the Premise of The Ultimatum Season 2?

We’re glad you asked! The second season is said to essentially be a carbon copy of the first—I mean, don’t fix what’s not broken, amirite? As a refresher, the show follows six couples who all share one thing in common: one is ready to commit, while the other…well, not so much. Over the course of eight grueling (yet wildly entertaining) weeks and ten episodes, each person couples up with someone else from another one of the relationships and gives it a test-drive to see whether they would rather return to their original partner and commit or not. While some couples invariably realize they don’t actually want to be with other people, others find that the grass is indeed greener on the other side *cue the dramatic music*.

When asked about how the series differed from their original experiment, Love Is Blind, Nick and Vanessa said: “It’s gonna sound weird, but the stakes almost feel a little higher in Ultimatum because these are people who have been together for a period of time.” He added that, “everyone on Love Is Blind is so excited. They’re all there for the same reason: They want to find love. So it was a different dynamic.” Yikes!

Where Can I Watch The Ultimatum Season 2?

Netflix fans, rejoice! You can binge (we know you will) the series on the streaming platform, which also happens to be where the first season already debuted on April 6. And though a release date for season 2 has yet to be confirmed, you can still re-live all of the messy moments from the first season and watch the final reunion, which is set to air on April 13, on Netflix.

The Ultimatum: Marry or Move On

Who Will Be in The Ultimatum‘s Season 2 Cast?

Currently, there is no info on exactly who will be in the season 2 cast just yet. But that said, Netflix did drop a video announcement that featured Too Hot to Handle cast members Harry Jowsey, Nathan Webb, and Nathan Soan Mngomezulu and Love Is Blind cast members Jarrette Jones and Matt Barnett to give a major hint. Let’s just say, amidst the sleeveless white tops, pillow hearts, cowboy hats, and abs, the skit’s faux boy band N-2-LUV revealed that the next iteration of the show will feature an all-queer cast of mostly women.

Though we can’t say for sure, it sounds that Netflix may have taken a cue from MTV’s Are You the One?, which featured an all-queer cast for its eighth season in 2019 and was lauded for not conforming to traditional gendered clichés. And for that, we are thankful!

Will Nick and Vanessa Host the Second Season?

There has yet to be any hard confirmation about who the hosts will be this time around, but we can safely say that we’re expecting (hoping? praying?) that Nick and Vanessa Lachey will return. After all, they did kind of go through an ultimatum of their own. In the beginning of season 1, Vanessa revealed that she presented Nick with an ultimatum after they had been dating for five years.

“We both saw one other person and we realized that if we got out of our own way, we could be amazing together. Like, the bigger picture is how I feel about this person and their values of wanting to be with me and knowing everything about me,” she said.

We don’t know about you, but we’re fully committed to the show and cannot wait for the second season whenever it airs.