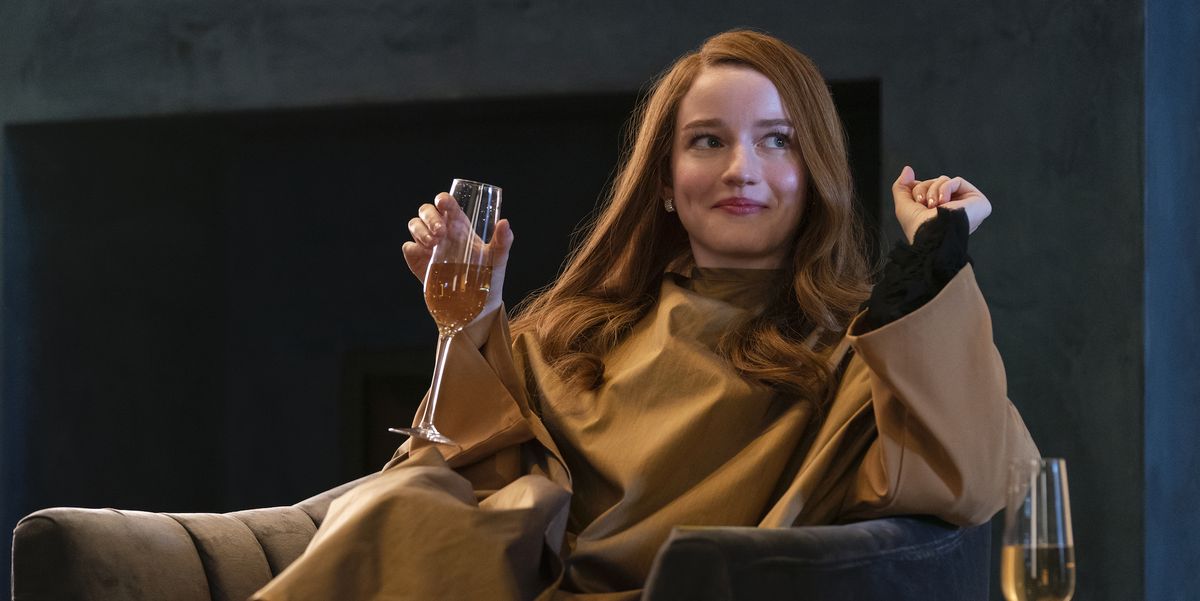 In the spring of 2018, a New York magazine article went viral about a 27-year-old woman who had been scamming her way through New York City for the past several years by pretending to be a German heiress. The story read like the perfect premise for a TV show, and ‘lo and behold, that’s exactly what happened. Premiering on Netflix February 11, the miniseries Inventing Anna tells the story of Anna Delvey (aka Anna Sorokin), from her wild spending and extremely suspicious behavior, to defrauding acquaintances and banks, to her eventual downfall. Here’s what we know about the series.

What is Inventing Anna based on?

Inventing Anna is based on the Jessica Pressler article “How Anna Delvey Tricked New York’s Party People”. (If Jessica’s name sounds familiar, that’s because another article by her, “The Hustlers at Scores,” was adapted into the 2019 movie Hustlers.) In Inventing Anna — which is part of Shonda Rhimes’ deal with Netflix — Ozark star Julia Garner plays Delvey while Veep‘s Anna Chlumsky plays the role of a journalist. Other cast members include Laverne Cox, Katie Lowes, and Arian Moayed.

When is Inventing Anna‘s release date?

Inventing Anna hits Netflix on Friday, February 11, so you’ve got another week before being able to binge your next favorite scammer series.

Where is the real Anna Delvy now?

As for the real Delvey, when Pressler’s article first came out in 2018, she was in jail at Rikers Island without bail. In 2019, she was convicted on eight charges including theft of services, grand larceny, and attempted grand larceny, as reported by ABC News. She was sentenced to four — 12 years in prison, fines, and payment of almost $200,000 in restitution. Delvey was released from prison in 2021 after serving less than four years in total but is currently in Immigration and Customs Enforcement (ICE) custody as she awaits potential deportation to Germany, according to Insider. (While Delvey was born in Russia, she moved with her family to Germany as a teenager.)

What does Anna Delvy think of the series? Have she and Julia Garner met?

To prepare for her role, Garner met with Delvey while she was still in prison and was surprised by the person she spoke with . “She’s actually really sweet,” Garner told Town & Country. “She was extremely charming. She’s very gentle. But then her voice gets less soft-spoken when she wants something.”

Garner also said that Delvey requested to hear the German/Russian/American accent she uses to portray her. “She’s like, ‘Please, let me hear it,'” Garner explained to the magazine. “It got very meta.”

How can I watch?

If you check out the show, you can expect extravagant trips, parties, and fashion, commentary on social media and capitalism, and sassy lines delivered in what Garner says is “the hardest accent I’ll ever do.” As her character says in the trailer, “Anna Delvey is a masterpiece, bitches.”