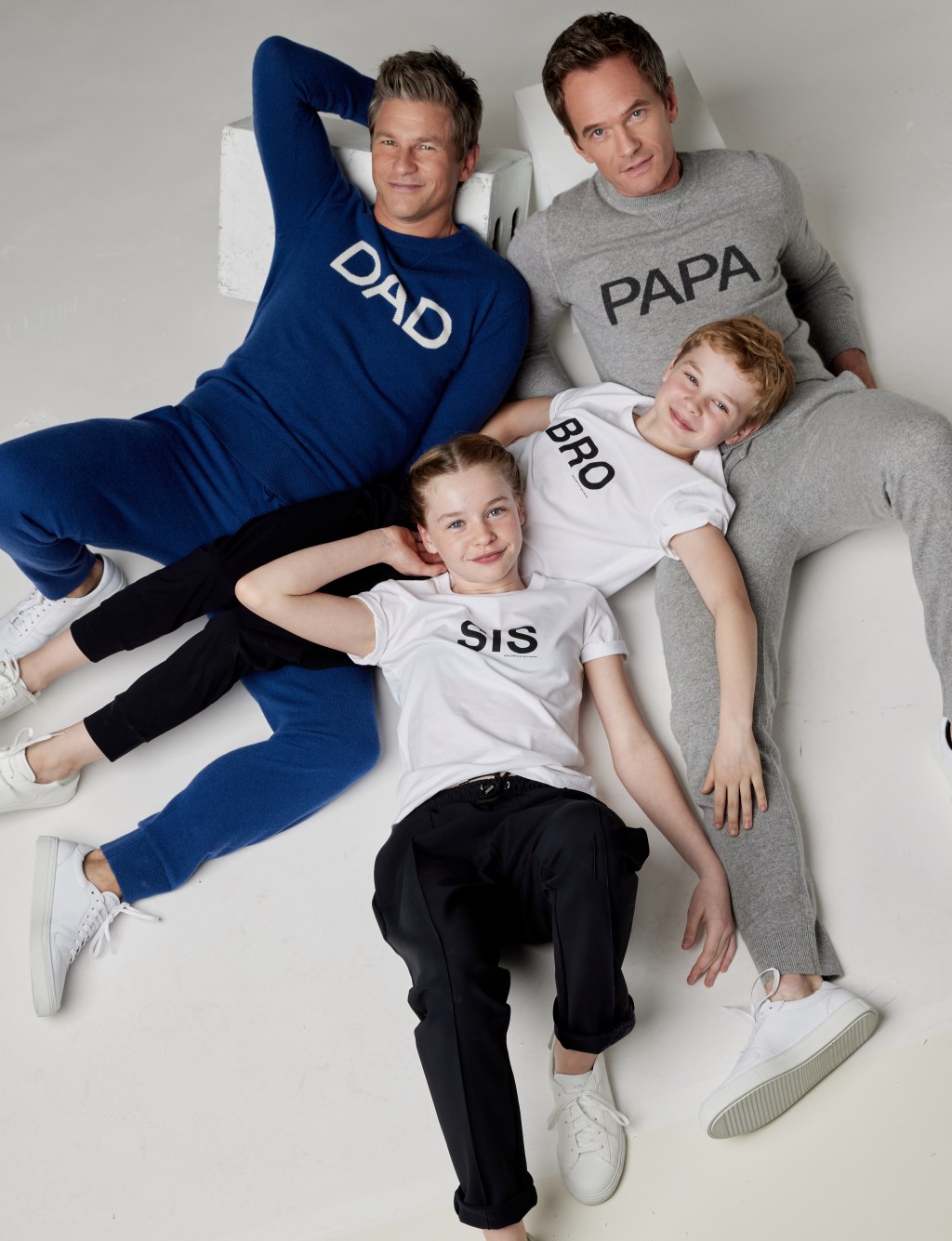 The actor and producer — and fashion fan — used to be a familiar face in the front row of some of the biggest designer shows during New York Fashion Week. But this season he was absent — and he wasn’t happy about it.

“Tom Ford didn’t invite me but Madonna was there? He dressed me for my wedding and I was in a movie with Madonna. How was I not invited?” he asked, tongue firmly in cheek. “I guess now that I’m a father of children, I’m not invited to trendier events anymore.”

Harris, who is always impeccably dressed, said that even if he’s not invited to high-profile shows these days, he still loves fashion — “men’s fashion especially, it’s elegant and sexy at the same time,” he said.

Speaking to Harris, it quickly becomes obvious how sharp his sense of humor is and how quick he is to laugh at himself.

But when it comes to his family, that’s something he takes very seriously.

Harris and his husband David Burtka have 11-year-old twins, Harper Grace and Gideon Scott, and the four of them are featured in a new campaign from Ron Dorff, the French Swedish menswear brand, that launches Sept. 21.

Harris said he’s been a fan of the brand for several years ever since popping into a Ron Dorff shop in Europe. “I love almost everything,” he said, “and I’ve been wearing a lot of the pieces. It’s timeless and I love the styling.”

Claus Lindorff, founder and creative director at Ron Dorff, recalls the time Harris was traveling on a boat in Croatia and found himself in desperate need of some shorts. He called the company and asked if they could be overnighted to him, and Lindorff made sure he quickly sent the shorts in a variety of colors.

From there the two kept in touch and started talking about working together. Harris said he had been impressed by the brand’s capsule collection with Guy Kenworthy, a freestyle skier, with the proceeds going to the Lifecycle charity. “I was both excited by that and jealous that it wasn’t me,” Harris said. “So I reached out and we started talking about what ideas would make sense.”

One of Ron Dorff’s signature prints is a Dad graphic that the brand uses on a variety of pieces, and as a father, that appealed to Harris. But there was one problem. “In our family, David is Dad and I’m Papa,” Harris said.

That didn’t throw Lindorff, who said the idea of extending the collection to include Papa was “very French,” and so he jumped at the opportunity.

The end result is a capsule of 20 pieces of Ron Dorff essentials including 100 percent cashmere matching sets, lambswool sweatshirts, organic cotton T-shirts, caps, socks and tennis shoes sporting either a Dad or Papa print. The collection also introduces Ron Dorff’s first children’s pieces with the launch of a limited-edition T-shirt collection in organic jersey cotton with either Bro or Sis emblazoned on the front. Prices include $90 for a T-shirt, $395 for a Nordic sweater and $485 for a sweatshirt.

“I’m proud of the line,” Harris said. “It’s great to show different iterations of fathers and to represent same-sex families.”

But the partnership is about more than just the collection. Harris was insistent that the proceeds be donated to World Central Kitchen, chef José Andrés’ charity devoted to providing meals in the wake of natural disasters.

“I’m not making a penny on this,” Harris said. Instead, he considers it a privilege to help fund Andres’ work. “He’s one of the most amazing humans I’ve ever met,” Harris said. “He really puts his money where his mouth is and his mouth has an amazing palette. He is just remarkable, he’s an amazing chef and the nicest man — the perfect trifecta.”

To promote the collection, Ron Dorff tapped photographer Bartek Szmigulski to shoot Harris, his husband and children in a fashion studio in New York.

Harris said he was proud that his children were able to pull off the shoot so seamlessly. “Asking them to pose with plain faces and hold the posture wasn’t easy, but they were amazing,” Harris said. “They also loved getting groomed.”

The global campaign will be featured in international fashion publications as well as on billboards in Paris, London and New York and online. The collection will be available through the end of January and will be sold at the Ron Dorff stores in New York, Paris, London and Berlin as well as at select specialty retailers around the world.

Lindorff said he is open to working with Harris again in the future, although nothing has been finalized yet. “I’d love to do something else with Neal,” Lindorff said. “I feel we’ve developed a real friendship.”

For Harris, he’s got a few projects in the works including a “parody competition show for Hulu,” and “an ‘Uncoupled’ season two might happen. But mostly I’m just being a dad. I had a lot of things lined up, but opted to do less rather than more. These are the great years with the kids before they realize they don’t want to be with you anymore.”