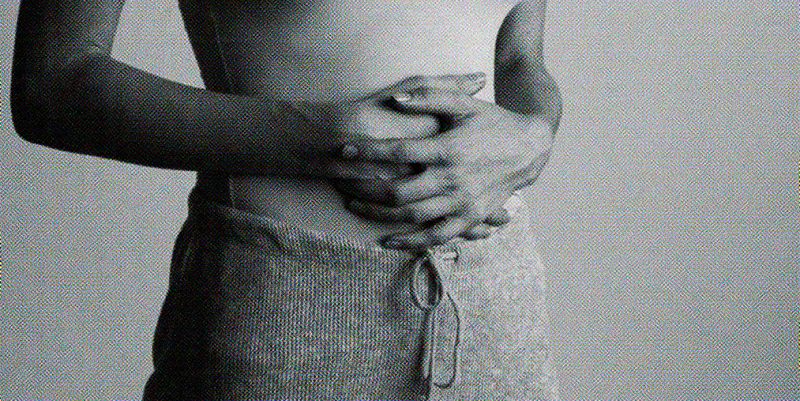 Let’s begin by acknowledging what’s at the forefront of everyone’s mind rn: Period cramps are the absolute wooorst. Literally, we need to take a moment of silence for how much pain the lower half of your body is in at this time. But before you pop any old painkiller you can grab from the back of your medicine cabinet or the bottom of a friend’s bag (we’ve all been that level of desperate to make them go away asap), read on.

Not all ibuprofens and Advils are equal, JSYK. What do we mean by that? Well, some OTC meds could delay your relief, aggravate your stomach, and/or create additional health issues you don’t want to deal with, says Kimberly Sackheim, DO, a pain management specialist at NYU Langone’s Rusk Rehabilitation.

So, yes, consider this a sign you need to 1) stop taking just whatever painkillers that are within two feet of you when a painful period hits and 2) actually understand the difference between acetaminophen and, well, everything else.

We’ll walk ya through the two options for OTC pain relief: acetaminophen, aka Tylenol, and NSAIDs, non-steroidal anti-inflammatory drugs, which are all over-the-counter painkillers other than acetaminophen. Up ahead, docs share all the things you should know about medicine for cramps, and other remedies that might help put you out of this period misery.

Why TF do cramps happen in the first place?

Cramps seem highly unnecessary, don’t they? Here’s why they end up happening: Some lovely hormone-like compounds called prostaglandins make the uterus contract whenever you have your period, in order to shed the uterine lining and, well, keep the flow going. Those contractions=pain. A couple of enzymes help produce prostaglandins, but if those enzymes are blocked (that’s where the painkillers come in), you’ll hopefully have fewer of the prostaglandins in your system and therefore less pain, explains Mona Fakih, DO, Ob-gyn and clinical adjunct faculty member at Oakland University School of Medicine.

And now, more on the medicine you need to banish said cramps…

Acetaminophen (you can find it in Tylenol and other multiple-symptom medications that contain it, like DayQuil, Midol, and Excedrin) targets the areas of the brain responsible for processing pain and body temperature, says Dr. Sackheim. Apart from cramps, if you have a fever, taking acetaminophen as directed will do you a solid. But it won’t reduce inflammation in, say, a sprained ankle. Make sense? Good.

Now, it’s important to note that acetaminophen poses special risks because it’s broken down by the liver (and can seriously damage it), which is the vital organ that filters out toxins including alcohol. That means that you should never ever chase acetaminophen with any alcoholic drinks whatsoever, which could stress out of the liver and contribute to irreversible damage for this reason.

The good thing is that it doesn’t mess with your tummy, so it’s the move when you want to treat period cramps accompanied by an upset stomach, which can go hand-in-hand with PMS because, well, life isn’t fair. Just mind your dosage.

Ob-gyn Tamika K. Cross, MD, recommends starting with the lowest possible dose to treat symptoms. “Dose in milligrams, not the quantity of pills, since the amount of pills someone takes is dependent on how many milligrams the pill is.” Her suggestion: 325 to 500 milligrams. And take them every 4 to 6 hours, unless you’re specifically taking an 8-hour formula (then you should wait the full 8 hours before popping another).

According to the American College of Obstetricians and Gynecologists (ACOG), NSAIDs are the best defense against painful cramps. (Some studies have found these drugs can actually lighten super-heavy bleeding better than a placebo—just not as well as hormonal birth control, so don’t get too excited.) Why? Because they directly block those enzymes that produce prostaglandins, aka the culprits of your cramps, Dr. Fakih says. Acetaminophen could never. It just has a different mechanism for dulling the pain, which isn’t a bad thing, but consider it option number two for targeting your cramps.

NSAIDs include ibuprofen (found in Advil and Motrin), naproxen (found in Aleve), celecoxib (aka Celebrex), and aspirin. Unlike acetaminophen, NSAIDs reduce inflammation to help relieve joint and muscle pain. And because NSAIDs are metabolized by the kidneys, they pose no risks to the liver whatsoever.

That said, NSAIDs can suppress an enzyme that protects the lining of the stomach, potentially triggering acid reflux, general stomach upset, and GI bleeding or ulcers, says Dr. Cross. It’s one reason why you shouldn’t drink alcohol, another stomach irritant, before or after taking any OTC painkiller.

NSAIDs also thin your blood, which slows blood clotting and reduces the risk of heart attack and stroke. (It’s not a bad perk regardless of whether these conditions are top of mind for you right now.) “However, because of the blood-thinning effects, you should also be mindful if you have clotting disorders or if you’re freshly out of surgery or on anticoagulants,” says Dr. Cross. Opt for prescription drug Celecoxib if this is the case (more on that below).

Here is a more in-depth look at your NSAID options:

Sooo are there any other remedies for period cramps that just won’t freakin go away?

The truth is, painkillers are pretty much the gold standard for kicking period cramps. But if for some reason you’re unable to take them or need additional relief (totally get that), there are some other period cramp remedies you should know about. You may have seen cute lil devices like Livia, which are actually a form of transcutaneous (aka through the skin) electrical nerve stimulation. “This involves the delivering low voltage current to treat pain, or block the perception of pain,” Dr. Fakih says, and a 2020 study confirmed that it can be helpful in treating painful cramps, when it’s programmed to a high intensity.

Wanna go au naturel with your period pain remedies? You do you, honestly. Getting some movement in (even if it’s a gentle yoga practice) along with using heating pads and other forms of heat application can never hurt, says Dr. Fakih. Many people turn to acupuncture for painful periods too. There’s some legit evidence that acupuncture will improve your cramps, Dr. Fakih points out, but it’s necessarily considered a primary remedy.

If you end up treating cramps with whatever’s sitting in your medicine cabinet, be sure you’re actively paying attention to the dose of the OTC painkiller that you’re taking, suggests Dr. Cross. “It’s important that patients aren’t taking more than 3,000 mg of acetaminophen in a 24-hour period, which is important to remember when taking an unlabeled pill from a friend or coworker.”

And do a double check of the ingredients of your OTC meds—especially for things like Midol and Excedrin (since both medications contain acetaminophen in them, and you should be mindful about how much you’re consuming), advises Dr. Cross. Keep track of any side effects you might have, or what’s actually helping your pain.

Lastly, if your cramps are really bad and you notice that you have to take a lot of over the counter medication for relief or no painkillers seem to be helping your period cramps after a few months, “you should see your medical provider and discuss your options for pain control,” suggests ob-gyn Heather Irobunda, MD. Your doc may suggest that you try hormonal birth control, adds Dr. Fakih, or figure out another better plan to treat your period pain.

Elizabeth Narins
Senior fitness and health editor
Elizabeth Narins is a Brooklyn, NY-based writer and a former senior editor at Cosmopolitan.com, where she wrote about fitness, health, and more.
Mara Santilli
Mara is a freelance writer and editor specializing in culture, politics, wellness, and the intersection between them, whose print and digital work has appeared in Marie Claire, Women’s Health, Cosmopolitan, Airbnb Mag, Prevention, and more.