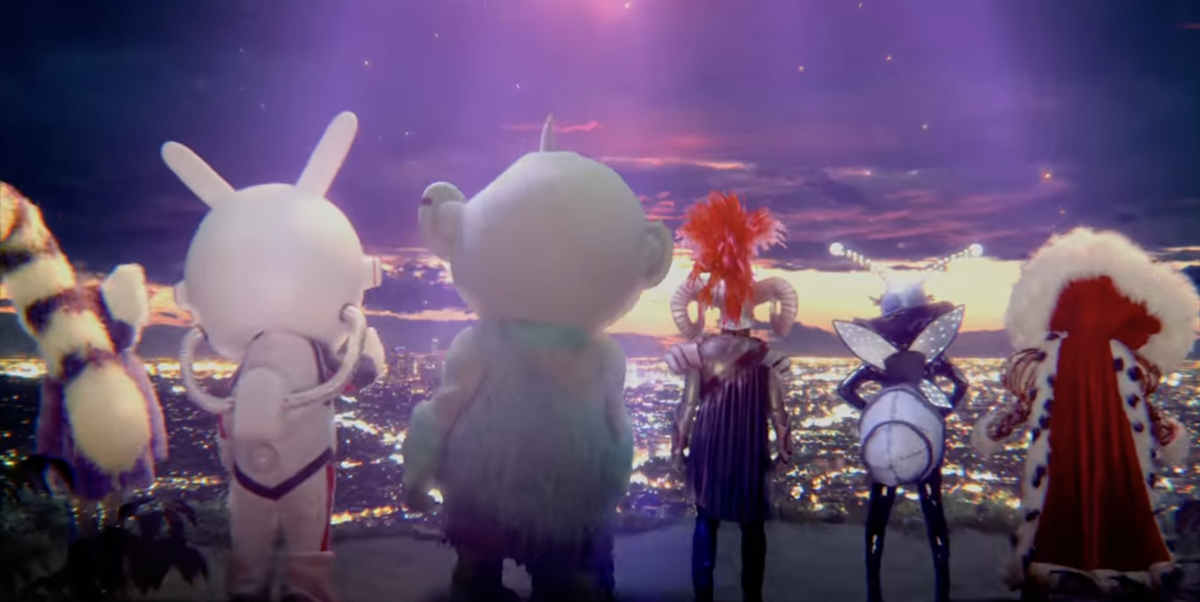 The Masked Singer is somehow already back for season 7, something I will be bringing up with my therapist during our next Zoom. And a trailer just dropped to introduce a new fleet of absolutely unhinged and terrifying—yet also incredibly designed—costumes.

Oh, and on top of this promo being full of costume reveals, we also are greeted to a haunting voice-over saying “there’s a call going out to celebrities far and wide. A signal to come together for the most epic competition of all time.” Alarming! Run and hide, celebrities!

Anyway, some of the new costumes on The Masked Singer include a Astronaut Beaver, a Lemur, a Frog Prince, a Firefly, and most troubling of all, a Troll wearing open toe sandals. Whomst is lurking inside these things remains to be seen, but they’re in my thoughts and prayers.

The trailer also indicates that there are some changes to the format this season. While host Nick Cannon and never-not-confused judges Robin Thicke, Nicole Scherzinger, Ken Jeong and Jenny McCarthy will all be back for Season 7, the contestants will be divided into three groups instead of two. Said groups are known as “The Good,” “The Bad,” and perhaps most ominously, “The Cuddly,” and they’ll all be going head-to-head before one champion is revealed. Though obviously I use the term “champion” loosely.

Anyway, Season 7 of The Masked Singer premiers on March 9, so might want to take a few personal days off from work to prepare yourself emotionally.