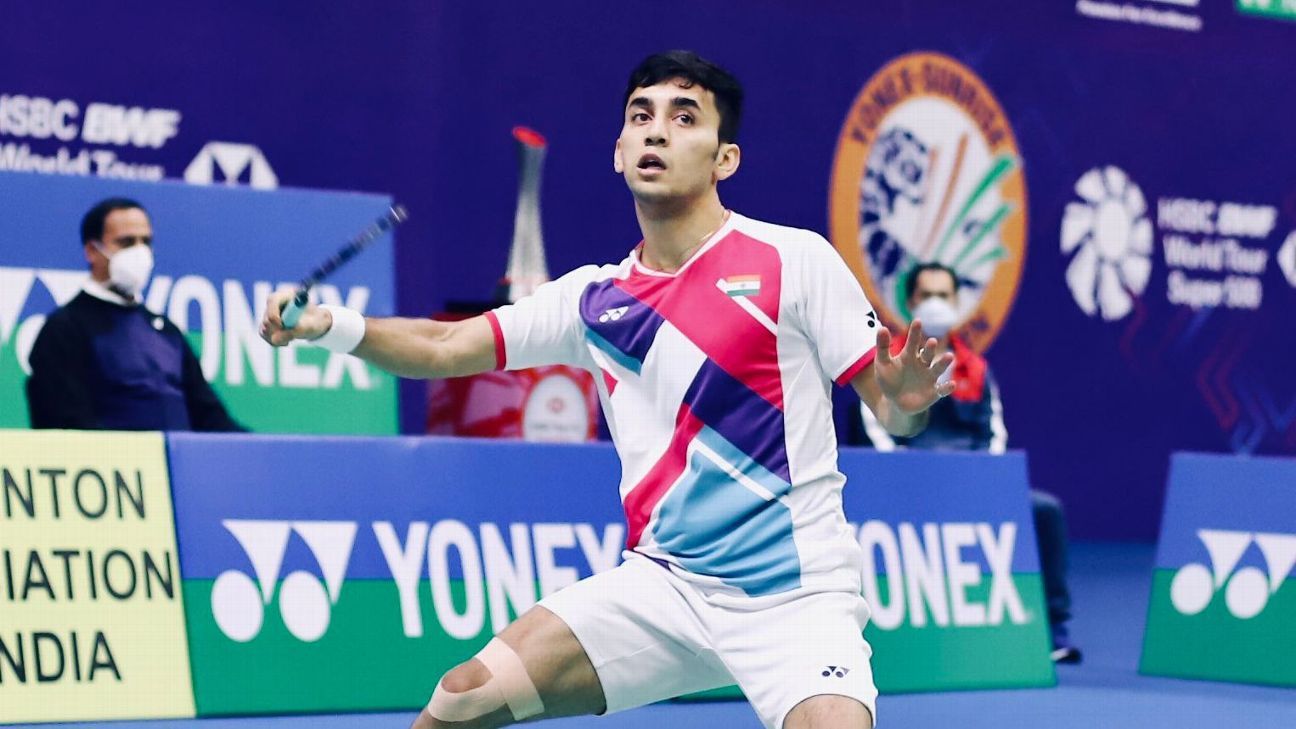 A composed Lakshya Sen, unfazed by the pedigree of his opponents or a trailing score, makes for a fearless and dangerous opponent. In the quarterfinals of the German Open on Friday, he took apart senior compatriot HS Prannoy in straight games – 21, 15, 21-16, remaining steady through the first and pushing the pace and uncorking the big smashes in the second.

Only a day ago, he had beaten Anthony Ginting. A win over a top-five player is impressive, for sure. The savagery of the score-line (21-7, 21-9) over the fourth seed even more so, offering a snapshot of the level at which the Indian is currently operating. Over the past year, Lakshya’s game has steadily been crafted to go toe-to-toe with heavy-weather opponents and outlast them, on occasion. This primarily through shifting pace and tempo mid-stream, keeping shuttles back on court, being able to control (and end) rallies and keeping his head.

On Friday’s quarters, trailing 0-4 at the start, Lakshya found himself at the uncomfortable end of some delicious cross courts from a backpedaling Prannoy. The 20 year-old bided his time as Prannoy began missing the lines, and drew level at 10-10, plucking a return at the net and putting it away to the back of the court. The number of Prannoy errors kept increasing and Lakshya quietly fist-pumped away in his corner.

Prannoy can be an extremely canny player, an attribute not immediately inferred from his ranking. His backhand is the strength in his arsenal and it would understandable if he wanted to go big often. Instead, holding on to his gifts until the most opportune moments has been his drill. It’s done him good. In recent months, he’s had some good wins sprinkled through tournaments -against Axelsen at the Indonesia Masters, over Rasmus Gemke at the World Championships and a day ago wriggling out of tight corners against Hong Kong’s Lee Cheuk Yiu. But on Friday, it didn’t work out as planned.

The last time he and Lakshya played each other at the India Open two months ago, the match went into three nerve-jangling games. Not this time.

The second game had Lakshya employing his whiplash cross courts, like he did to close at 6-8. Prannoy won a couple of points off body attacks, but in net skirmishes that Lakshya tried to lure him into, the younger Indian almost always finished on top.

There’s much to be said about Lakshya’s temperament that’s seeing him through the big matches and big opponents. Training under two-time doubles Olympic medalist Yoo Yong-Sung following the World Championships at the end of last year, he is able to read situations quickly –whether to play a restrained game or hustle. He followed up a crosscourt with a disguised half-smash to hold on to a five-point lead in the second and Prannoy’s error-ridden returns in the closing points were enough to assure Lakhsya a place in the Super 300 semifinal.

He is now the lone surviving Indian in the draw and faces reigning Olympic champion Viktor Axelsen on Saturday. The world No 1 made quick work of Kidambi Srikanth in another quarterfinal. Lakshya spent a fortnight training with Axelsen at his Dubai base last year and has already played him a bunch of times to know what awaits him. Typically, Axelsen moves him away from net and pushes him to the back of the court, an area that needs some more chiseling in the Indian’s game. Axelsen can be frustrated when his cross courts aren’t allowed room or when the rallies lengthen. It’s on Lakshya to make good on those frailties.

Upsets have been the order at this week’s German Open. As many as ten seeded players/pairs were dumped out of the draw in the second round alone. For world No 2 Kento Momota, the surprise exit came on the opening day. Lakshya goes into the semifinal having never won against his opponent in their four previous encounters. He will have to stick to clean, intelligent badminton to stand a chance against the Olympic champion.