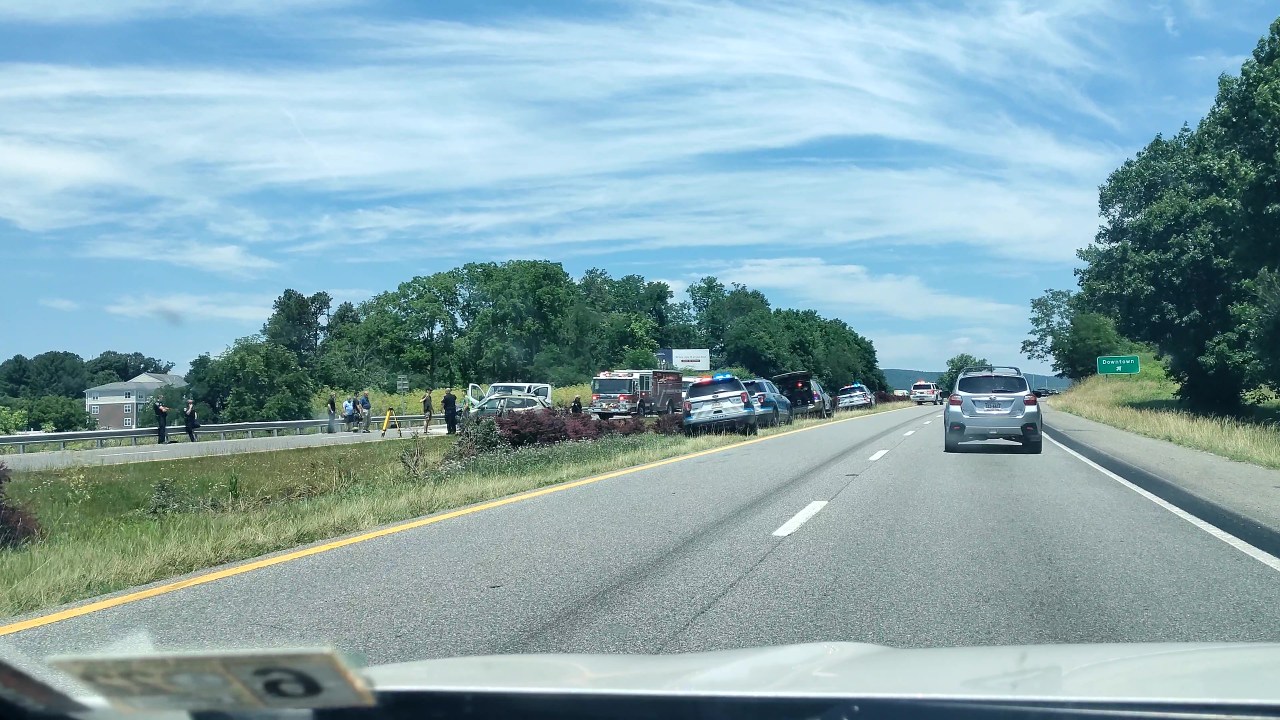 UPDATE 4:39 p.m.: The Virginia Department of Transportation (VDOT) reported that the eastbound lanes on Route 460 in Montgomery County are back open.

It was closed due to a multi-vehicle crash involving two daycare vans and a sedan near Prices Fork Road on Wednesday morning.

UPDATE 3:47 p.m.: A spokesperson with Carilion Clinic released new information on the conditions of the patients from the multi-vehicle crash on Route 460 in Montgomery County.

Carilion Clinic reported they have received three patients. They tell WFXR News that one patient is in good condition and two others are in fair condition.

UPDATE 3:05 p.m.: WFXR News has learned new information about the multi-vehicle crash that happened along Route 460 in Montgomery County.

A spokesperson with the daycare, Imagination Station, spoke with WFXR News about the incident, saying there were 30 to 35 kids traveling for a school trip to go bowling. The school official also reports that two of the three vans carrying the kids were involved in the incident.

It’s not clear who the two victims are who were airlifted to Roanoke Memorial Hospital, according to school officials. However, they did tell WFXR News that none of the children is seriously hurt.

WFXR News has learned that the children that were taken to the VT Skelton Center are the ones who are completely fine, according to the daycare.

UPDATE 2:25 p.m.: Multiple people are being treated at various hospitals — including two who are seriously injured — following a multi-vehicle wreck along Route 460 in Montgomery County.

According to officials, at approximately 10:50 a.m. on Wednesday, June 22, members of the Blacksburg Police Department responded to a report of crash involving multiple passenger vans and a sedan on the Route 460 East bypass near Prices Fork Road.

When police arrived at the scene, they discovered that three vehicles were involved in the wreck.

Authorities tell WFXR News that multiple people have been treated at LewisGale Montgomery Hospital, others have been taken to Carilion New River Valley Medical Center, and two people with more serious injuries were flown to Roanoke.

The department’s Crash Reconstruction Team responded to the scene to investigate the cause of the incident.

As of this writing, the eastbound lanes are still closed on Route 460 bypass, so motorists are asked to use alternate routes when traveling through this area.

If you cannot find an alternate route, the Virginia Department of Transportation (VDOT) says drivers can detour off Route 460 East onto Prices Fork Road.

If you have any information about this crash, you are asked to call the Blacksburg Police Department at 540-443-1400.

MONTGOMERY COUNTY, Va. (WFXR) — First responders are currently at the scene of a crash involving “multiple 15 passenger vans and one sedan” along Route 460, according to the Montgomery County Fire-EMS Department.

The department tells WFXR News that multiple people were involved in the crash, all of whom have been brought to the hospital.


Breaking news, weather, and sports on your smartphone with the WFXR News app

According to the Montgomery County Fire-EMS Department, Route 460 East is still closed between Price’s Fork and South Gate.

Officials expect traffic to be delayed in both directions for the next few hours, so motorists are asked to avoid the area.

If you cannot find an alternate route, the Virginia Department of Transportation (VDOT) says drivers can detour off Route 460 onto Prices Fork Road

WFXR News has a crew at the scene of the crash and is working to gather more information.

This is a developing story.