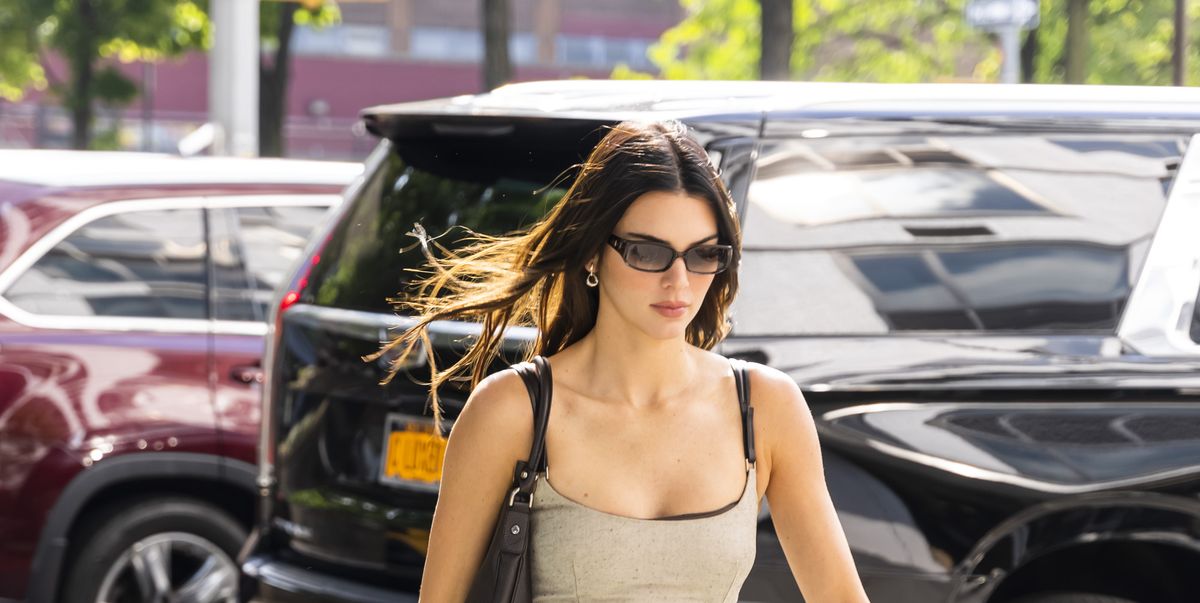 Even with fall just around the corner, Kendall Jenner isn’t hanging up her minidresses just yet.

Yesterday, the model was spotted in New York City wearing the perfect summer-to-fall transitional outfit, the centerpiece of which was a speckled light gray minidress with black spaghetti straps and a black hem. She upped the ante with a pair of under-the-knee pointed stiletto boots in dark chocolate brown. Finally, she finished the look with rectangular sunglasses, a matching shoulder bag, and delicate hoop earrings.

Jenner’s sartorial affinity for experimenting with different styles of boots has been well documented this past season.

Back in August, for example, the 818 founder was seen stepping out in Beverly Hills while wearing a pair of shiny russet brown cowboy boots. She styled the statement footwear with an all-brown outfit, including a brown racer-back tank top and a matching midi skirt.

And in May, Jenner was photographed in another chic off-duty look while in New York City, where she wore brown heeled boots with narrow square toes. She paired the shoes with a creamy pair of skin-clinging trousers with a V-shaped waistband, which dipped right below her belly button, and a caramel suede jacket, Gucci shades, and a white shoulder bag.

Jenner talked about the evolution of her personal style in a previous interview.

“I like mixing masculine and feminine. Dressing more grungy and boyish is comfortable and I love to be comfortable,” she said. “When I was a kid, I wore only boys clothes. There were these long cargo pants you could unzip at the knees and they became capris—those were my jam. But sometimes I want to be girly! And my glam team is always trying to convince me to be more girly—we get in full battles.”