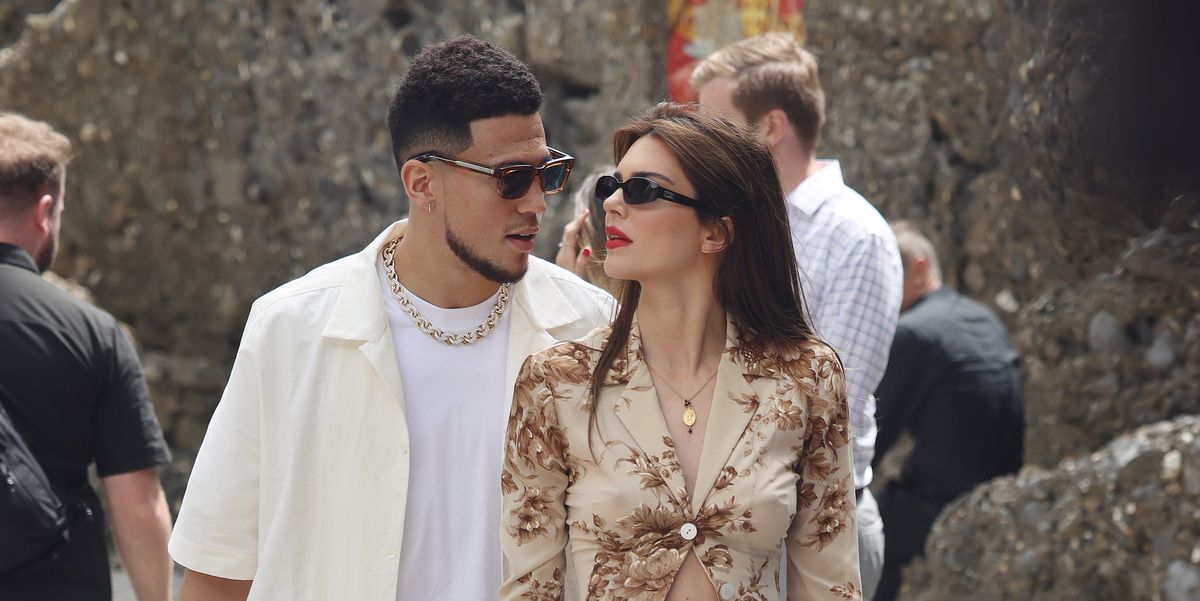 Just when we thought it was an ordinary Wednesday afternoon and the only Kardashian-Jenner news involved Saint and Psalm West playfully interrupting mom Kim’s segment on The Tonight Show Starring Jimmy Fallon, we’re hit with…well, a lot! According to Entertainment Tonight, cucumber-cutting extraordinaire Kendall Jenner and her longtime boyfriend Devin Booker have called it quits. *pauses for dramatic effect*

A source just dished to Entertainment Tonight that the pair is allegedly donezo but they *do* have a shot at getting back together in the future. The insider said, “Kendall feels like they’re on different paths,” while a second said the two “have had discussions about their future but they are not on the same page.” Recently, eagle-eyed sleuths also couldn’t help but notice the Keeping Up With the Kardashians alum and pro baller didn’t post about their two-year anniversary last week. Others spotted the fact that Devin’s brother, Davon Wade, no longer follows Kendall on Instagram, in addition to the absence of a pic on Devin’s feed back from New Year’s Eve where he and Kendall are cuddled up.

Recently, the two joined the rest of the Kardashians and Jenners in Portofino, Italy for the nuptials of Kendall’s sister Kourtney Kardashian and her now-husband Travis Barker. Needless to say, the couple legit broke the internet when they showed up in two gorgeous looks—one gothic and vampy, and the other more neutral and light.

And just before before that, the typically-private Kendall opened up about her ‘ship during an April appearance on Jimmy Kimmel Live! while promoting The Kardashians. When asked about whether she watches Devin’s games, she replied, “I watch every game unless I have—last night I had a dinner but all my friends and family know that I, like, sit with my phone wherever I am…I’ve always been a fan of basketball since basically with Khloé, I remember we used to go to all the Lakers games when I was really young, so, I’ve been a huge fan of the NBA for a really long time.” *Sigh*

We’ll keep you updated with any further developments, but feel free to end your day early with us to mourn.