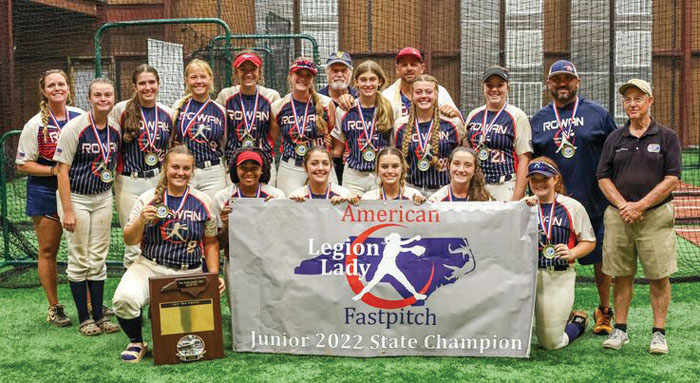 MARION — There was no shortage of excitement in the mountains.

Representing Rockwell Post 112, Rowan won twice in extra innings to be the last team standing in the three-day event.

In its second game in the tournament, Rowan survived a 3-2 marathon that took three hours and 11 innings to stay in the winners bracket.

It was 2-2 going to the seventh. McDowell scored two in the top half. Rowan tied it at 4-all in the bottom half.

After neither team could score in the eighth. Kori Miller’s clutch hit with two outs in the ninth brought home the deciding run from second base.

Eleven of the girls played on both state champion teams.

The Senior Lady Legion state tournament got under way in Marion on Monday.