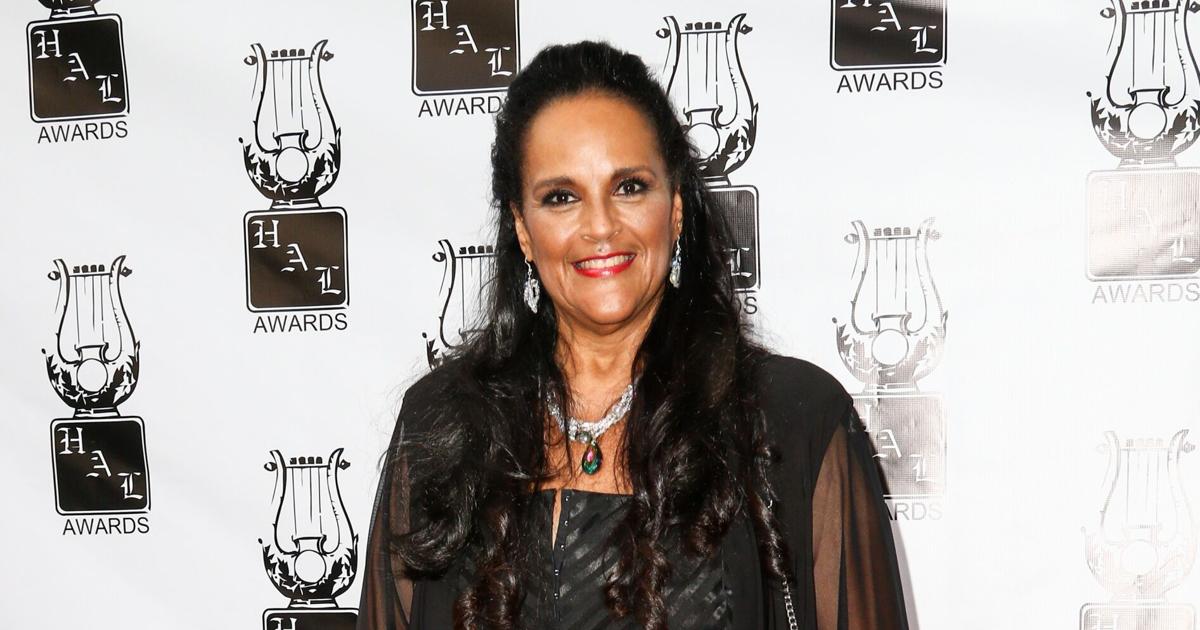 Jayne Kennedy had to talk her agent into putting her name out there to CBS in the late 1970s for a shot at landing a job on the NFL’s best pre-game television show.

Kennedy, 70, had acted on TV, but this was different. She was a Black female joining “The NFL Today,” the gold standard that already had Irv Cross, Brent Musburger and Jimmy “The Greek” Snyder.

“My agent at the time said they were not looking for a Black woman and said they were looking for a journalist,” Kennedy said during a phone interview from her home in Los Angeles. “Well, there were three lists and all three lists got turned down and finally I reached out to (former NFL football great) Jim Brown. And he got me in touch with Bob Steiner, who was a field producer at CBS. … And I eventually got to New York and my agent was right because they weren’t looking for somebody like me, and I think out of 17 girls I was maybe 14 or 15th.”

Kennedy went through the interview process, conducted an impromptu interview with an athlete and also worked a segment with Musburger as part of the process.

“When I was done Brent stood up and said, ‘It’s Jayne or nobody,’ and put down his headset and walked out of the studio,” Kennedy said.

Kennedy could do the job and did it well despite the obvious challenges during that time when television only had three channels and cable TV was not available yet.

Those 1978 and ’79 seasons that she worked on “The NFL Today” made her a pioneer in the business. Kennedy will be honored in Winston-Salem on Sunday as the winner of the National Sports Media Association’s Roone Arledge Award for Innovation.

Kennedy and CBS Sports parted ways after the 1979 season, but her impact was far-reaching because she broke though in a male-dominated sport.

“There were only three networks at that time, and I knew Roone pretty well even though he was the president of ABC Sports, and I remember when he came up with the idea of ‘Monday Night Football’ in the early 1970s,” Kennedy said. “He was definitely a standout in the business, and to win an award named after him, I’m just floored. He was the king back in the day.”

Kennedy took over for Phyllis George, who took a shot at her own weekly show in primetime. Kennedy’s work in television for eight years, making guest appearances on shows such as “Ironside,” “Sanford and Son,” “The Rockford Files,” “The Six Million Dollar Man” and “Police Woman,” helped her land the job. She was comfortable in front of the camera and it showed.

After her time at “The NFL Today,” she returned to making appearances on shows such as “CHiPS,” “The Love Boat,” “Diff’rent Strokes” and “Benson.”

She also worked in several movies including 1982’s “Body and Soul,” for which she won an NAACP Image Award for outstanding actress in a motion picture.

“People reference sports broadcasters or sideline reporters now who are female, and they talk about transitioning into doing other things in the entertainment business,” Kennedy said. “A lot of people who knew me at ‘NFL Today’ didn’t know I was on TV for eight years before coming there.”

During her career she’s been on numerous covers of magazines including Playboy, Ebony, Jet and Essence.

Kennedy got the job on a six-week trial until she helped arrange an exclusive interview with Muhammad Ali, who was set to fight Leon Spinks in 1978, for “CBS Sports Spectacular.”

“I told them I could get the interview, so they put me on a private plane with a crew and I called Ali and said what I wanted to do and he gave me the interview,” Kennedy said. “And I was back in the studio on Saturday morning with the video (tape) under my arm, and by Monday they picked up my contract for the full year.”

She needed time to gain respect around the NFL. When Kennedy would go on the road to report stories for Sunday’s shows, she wasn’t well-received by other journalists who covered the NFL.

“The sports reporters from around the league didn’t like that I was there,” Kennedy said. “That was always a challenge. But where I had my greatest joy is that I was quickly accepted by all the players and coaches. And Art Rooney (the Steelers owner) gave me an interview, and I remember that.”

Before CBS officially hired her, the network had to get the OK from their stations in the South. And to do that, CBS decided to move Snyder to the desk for a four-person show.

“The president of CBS, Frank Smith, said yes to me being hired, but they would not hire me because they wanted to send the tapes to the Southern affiliates first,” Kennedy said. “They wanted to make sure they wouldn’t pull their programing because that would mean having two Blacks on the set and one white. …

“The solution was to have Jimmy, who was already on the show but not on the desk, move to the desk so there would be two whites and then myself and Irv,” Kennedy said.

Kennedy married Bill Overton in 1985, and they have three daughters. Overton has a daughter from a previous marriage.

Overton, also an accomplished actor and a former NFL agent, is a 1968 graduate of Wake Forest and was one of the university’s first Black football players. He played defensive back for the Demon Deacons in 1966 and ’67 after transferring from a junior college.

Overton, after graduating, moved back to his native Boston and worked as a sports agent. A couple of years later he started working as an actor and model.

“It was a beautiful campus and I know at least two of our daughters wanted to go there but neither one of them did,” Kennedy said.

Not long after Kennedy remarried in 1985 to Overton, she decided to step away from the Hollywood scene.

Kennedy’s stepdaughter, Cheyenne, along with daughters Savannah, Kooper and Zaire, became the center of her universe.

“They are the most important,” Kennedy said about her daughters. “I remember when I was pregnant with Savannah I wanted to be there for my daughters and not working. And I’m not saying it can’t be done because I know some amazing women who are active in their careers and are great moms but for me it wasn’t possible.”

Her youngest daughter graduated from Southern Cal in 2017, and Kennedy has written a book that’s under consideration to be published. The title ‘Plain Jayne’ will have plenty of stories including being the first women of color to be Miss Ohio in 1970. Her large family which included five siblings moved from Washington, D.C., when she was young to Ohio and the small town of Wickliffe.

“The last year I worked full time in the entertainment business I was home 37 days out of the year,” Kennedy said. “That was no way to raise daughters.”

The way it is now

“I didn’t think of myself as a pioneer in the midst of doing the NFL show,” Kennedy said. “I know people called me a role model and I didn’t like it because I was just working. But you don’t actually realize the trails that you are blazing when you are in the middle of it… I didn’t’ realize the path that I was setting for so many women.”

Kennedy has adjusted very well to the new social media wave and has 5.2 million followers on Instagram plus a website detailing her career.

One Instagram follower alerted her to having seen her image displayed in Washington.

“He went the Museum of African History and Culture,” Kennedy said. “And there was Don Cornelius, The Supremes, Nichelle Nichols, Diahann Carroll and Nat King Cole and I was there at the end.”

Kennedy had no idea that the picture existed.

“That was something I didn’t expect,” Kennedy said.

Kennedy couldn’t help but laugh at one of the more memorable moments in her two years on “The NFL Today.” During the 1979 season she went against the grain and picked underdog Tampa Bay to beat visiting Philadelphia in the playoffs.

“Everybody on the show picked the Eagles to win and I picked Tampa Bay and I told them why and everybody laughed at me,” Kennedy said.

“Tampa Bay won, and Brent and I were at the airport after the game and I could hear somebody yelling my name,” she said. “I turned around, and it was Doug Williams (the Tampa Bay quarterback). He raced through the airport to catch me and wanted to thank me for believing in his team.”

The next week Kennedy was back in Tampa Bay for the NFC Championship game against the Los Angeles Rams.

Kennedy got in the cab to go to her hotel from the airport, and the driver took her a different route than the highway.

“He said he was going to take me through some neighborhoods because he wanted to show me something,” she said. “And then we come up on a sign that somebody made that was in their yard and it said, ‘The hell with Cosell, we’ve got Jayne.’”

Get local news delivered to your inbox!