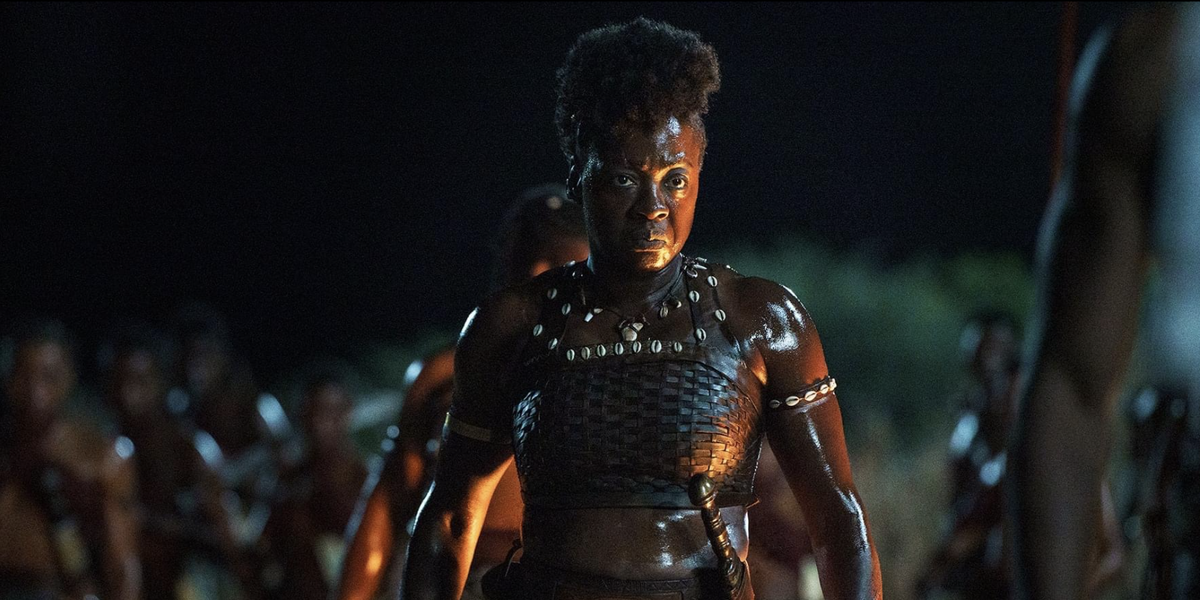 If you haven’t taken yourself out for a little movie night to see The Woman King, you need to do that immediately, because it’s an absolutely great time at the theater. It follows the Agojie, an all-female army tasked with protecting their kingdom in West Africa, and it stars Viola Davis as Nanisca, the general of the army. But while you watched the movie, you might have thought to yourself, Wait, there’s no way that something like this existed in real life. Have you heard of the patriarchy? Here’s what we know about whether the movie is or is not based on real events.

[There are spoilers ahead for The Woman King.]

Is the movie based on a true story?

Yes and no. The basic framework of the story is inspired by true events, but it is heavily fictionalized and dramatized. The Agojie was an all-female warrior group that did exist and they did protect the kingdom of Dahomey (modern day Benin) in West Africa. That part is real, and apparently at one point the army had 6,000 members. The Dahomey society did have an incredibly progressive view of women, and the idea of the Woman King did exist back then. So all that checks out/is incredible.

The characters are mostly works of fiction, though. Davis’s character Nanisca in particular was created for the movie, as was Mbedu’s. In press notes for the film, writer Dana Stevens explained that because the history of this nation was often written by white European people, the fictionalization of characters let them get away from the biases that might have been present in the accounts of the Agojie.

According to Smithsonian Magazine, the training for the women was maybe just as grueling as we see in the movie, and they lived in the palace as “wives” of the king, taking no other husbands and having no children. The Oyo empire also did exist, and Dahomey was a tributary of that kingdom, kind of like we see in the movie.

John Boyega’s King Ghezo is the only character based on a real person. King Ghezo did rule Dahomey during that time, and he was heavily involved in the slave trade. More on that below.

The movie has caused some controversy.

The movie’s critics have questioned whether the film does enough to point out the Dahomey’s involvement in that trade, or whether the ending of the movie sugar coats a situation that wasn’t sugar-coatable in real life.

Gina Prince-Bythewood, the director of the movie, responded to the critique this way in an interview with The Hollywood Reporter: “We’re going to tell the truth. We’re not going to shy away from anything. But also we’re telling a part of the story which is about overcoming and fighting for what’s right.”

So while the movie, which premiered at the Toronto International Film Festival, is inspired by real events, it’s probably best to take it with a grain of salt and remember that it’s not totally historically accurate. Whether you think that works for the movie is up to you.

Emma Baty
Emma Baty is the Entertainment Editor at Cosmopolitan, where she shapes TV, movie and music coverage, writes celebrity profiles, edits stories across both print and digital, and generally obsesses over all things pop culture.