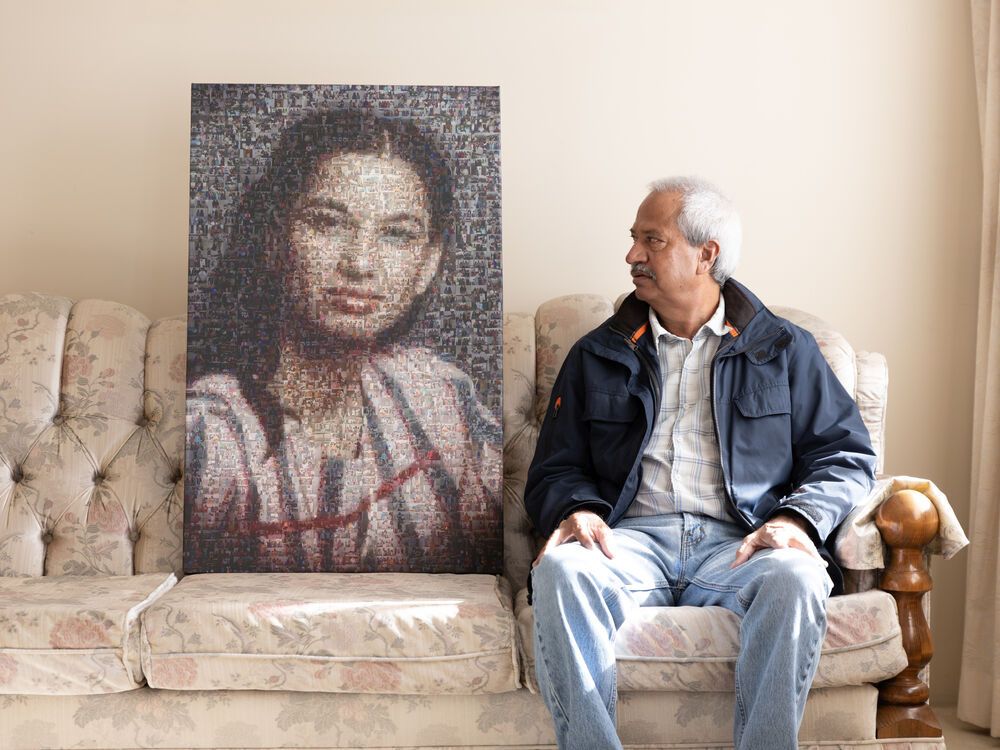 Vancouver-based filmmaker Manny Mahal talks to his dad Inderjit about the latter’s life.

In For My Father, Vancouver-based filmmaker Manny Mahal talks to his dad Inderjit about the latter’s life — and reenacts stories from his life. We talked to Manny, whose credits include the screenplay for the 2022 Leo Award-winning film Portraits From A Fire (currently streaming on Crave), about his dad’s reluctance to participate, the doc’s connection with true-crime series, and how the film brought father and son closer together.

Q: Was your dad initially reluctant to go along with this project?

A: Extremely. He’s not much of a talker. But as the interviews became more like a conversation, he opened up. An unintentional gift from making this film was that, although I made it to get to know more about my dad, in the process he got to know a lot more about me and my filmmaking. By setting up cameras around him and showing him how the audio and lights work, he was able to understand what I do. Toward the end of filming, he kind of got into it. I think, and it’s just a theory, that a lot of Indian men have a Bollywood gene somewhere deep inside. Once the cameras and lights go on, they turn into a different person. There was even a moment where he woke me up in the middle of the night: “Manny, I remember a story from high school!” “Okay, tell me tomorrow.” “No, no, upstairs, lights, cameras, let’s do this!”

Q: Could the doc have been much longer?

A: Definitely. I probably recorded hundreds of hours of interviews. They weren’t always smooth. I finished with this huge slate. I felt a sense of accomplishment at that point. It wasn’t until I was going through the interviews during COVID that I realized a lot of his stories are kind of funny, and dramatic, with these crazy coincidences. And then I thought, how could I have fun with this? And that’s when the director lightbulb went on.

Q: It’s like true crime shows where they reenact the crime.

A: Exactly. Like everyone else, I was binging true-crime shows during COVID. I think documentaries have become more cinematic, and true-crime docu-series are a reason.

Q: Were there any documentaries that inspired you?

A: The one that I related to most was Sarah Polley’s Stories We Tell, where she’s trying to uncover a family secret about her biological father and she interviews her siblings in the film and cuts them together with clips of their home videos. But the home videos are actually reenactments with professional actors. And the other documentary that helped during the editing was Dick Johnson Is Dead. That got me thinking, “Why don’t I just have my dad in the movie?” There’s a sequence in which I have my interpretation of how my parents met. I decided to bring him to set the day we were shooting the scene and he shut it down. I used that in the movie. Those elements are very much influenced by Dick Johnson Is Dead, and how that movie throws away all the rules.

Q: Besides getting to know your father, the documentary was also a way to talk about your mother, Sital, who died in a car accident when you were 23.

A: That was the tragedy that began this whole process. After the incident, no one in our family was in a good position to talk about it. She was here one day and gone the next. I was living on my own at the time and decided to move back home to be with my father. Within about a week I realized, I don’t know anything about this guy. I remember I was like, “Dad, why are we eating so much frozen pizza?” And he told me he’d never cooked a meal in his life. That hit me like, “What? How is that even possible?” But they married young and it was a very traditional family. And that became a big part of the movie. That was my dawning moment of, I have to fix this. I have to learn about my dad.

A: I’m back in the TV world. But in terms of the documentary, one thing that came out of this, whenever I’d tell people what I was up to, they’d say, “Oh man, I really want to do that with my dad or mom or my grandparents.” So I’ve fashioned this docu-series based on this concept of a first- or second-generation Canadian interviewing their parents to get to know their story. The twist is to re-stage or re-enact some of these stories where you yourself are the star. You put on your parents’ clothing, you go through the scenes as them, and you try to act it out. It’s like Finding Your Roots-meets-Drunk History.