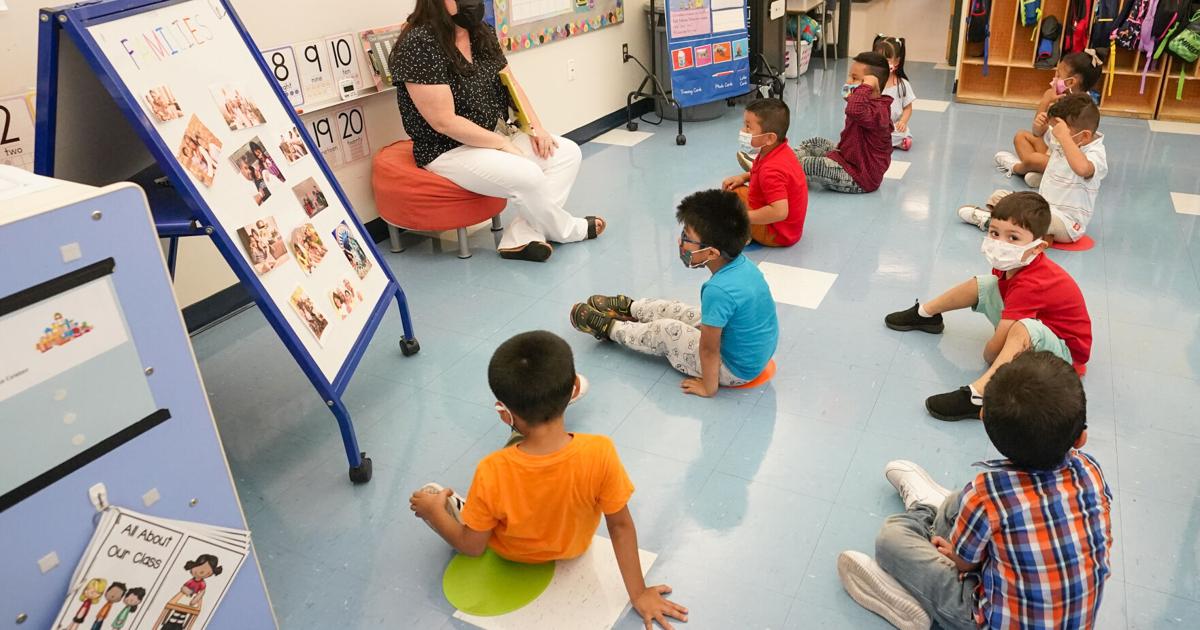 Child care remains an issue for some job candidates

A lack of available and affordable child care has made it harder for some people to re-enter the workforce. That, in turn, leaves employers continuing to search for talent to hire in order to deliver on their growth plans.

The News’ Buffalo Next team covers the changing Buffalo Niagara economy. Get the news in your inbox 5 days a week.

The pandemic drove home just how essential child care is to the economy, said Kim Suminski, CEO of the Child Care Resource Network.

“The realization became that you can’t have a thriving workforce without child care,” Suminski said. “Child care is the key and the backbone for that sustainability.”

Suminski was part of a recent panel discussion hosted by the Buffalo Niagara Partnership that looked at child care’s role in economic growth:

High cost. Families spend an average of 13% of their household income on child care, Suminski said. In some households with two working parents, one parent is stepping out of the workforce to provide child care, as an alternative to paying those high costs. The upshot: fewer potential employees available for companies to hire.

In addition to cost, child care during non-traditional hours, like weekends or later in the evening, can be difficult to find, she said. “Child care is no longer a 6-to-3 and 9-to-5 program,” she said.

And if child care isn’t available during those atypical hours, a parent might have to pass up a job opportunity.

The spending includes helping subsidize child care to a greater pool of people, by raising the eligibility threshold to $83,000 for a family of four. The budget also calls for increasing reimbursement rates for child care providers.

“We want to be able to make sure that people who are caring for our kids are paid a fair wage and be able to attract a good workforce,” said Assemblywoman Monica Wallace, D-Cheektowaga.

Be flexible. For employers, showing a little flexibility toward employees coping with child care issues can go a long way, said Norah Fletchall, president and CEO of the Buffalo Zoo. That can be as basic as allowing employees to adjust their start time by 15 minutes to sync with a child care center’s drop-off time, she said.

“The ability to be as flexible as you possibly can is oftentimes easier than you might think,” Fletchall said.

Home-based providers. Not all child care is provided by brand-name centers. Sometimes, parents provide child care out of their own homes and take in some neighborhood children, as well.

Wallace said those parents could benefit from business training about how to set up those operations. Plus, she said, home-based operators located near each other would benefit if they could connect digitally, to collaborate on things like grocery shopping, insurance and menu preparation.

“There are different industries that are using technology, leveraging to connect the community,” she said.

Employer solutions. Some employers are coming up with their own answers and offering child care at the workplace. The Niagara Lutheran Health System opened a child care center at its GreenFields Continuing Care Community in Lancaster. Imagination Station Child Care and Preschool was selected from among several candidates to lease 7,000 square feet of space at the GreenField Childcare and Wellness Center.

Wallace said the arrangement benefits low-income workers who often have to travel to GreenFields from the city: those workers can bring their children with them, and check on them during the day. Plus, the children interact with seniors living at GreenFields. “It’s just a wonderful nexus of care across the spectrum,” Wallace said.

Plan ahead. Parents can face waiting lists of a year or longer for a child care slot, Suminski said. Too many parents wait until a child is born to develop a child care plan, when they ought to start that process when a mother is expecting, she said.

Other ideas. Wallace mentioned a few other ideas that have been discussed for making child care more accessible.

One idea is lowering the age for universal pre-K, from 4 to 3 years old, she said. That would reduce the amount of time parents need to make their own child care arrangements.

Another idea is expanding leave time for parents from their jobs. For instance, if a new mother was able to take three months of unpaid leave time after her paid three months of maternity leave expired, and the father could do the same after his paid leave was up, that would cover the parents for the first year of a child’s life.

Want to know more? Three stories to catch you up:

• No sign of a slowdown for the Buffalo Niagara job market

Welcome to Buffalo Next. This newsletter from The Buffalo News will bring you the latest coverage on the changing Buffalo Niagara economy – from real estate to health care to startups. Read more at BuffaloNext.com.

Catch up on the latest news from Buffalo Next

The Buffalo Niagara region’s shrinking unemployment rate got even smaller in May as the jobless rate dipped to 3.4%, the lowest on record for the region in state Labor Department data going back to 1990.

As part of a turnaround plan, Buffalo biopharmaceutical company Athenex Inc. has agreed to an $85 million sale of its revenues from U.S. and European royalty and milestone interests in a medicine treating actinic keratosis on the skin.

The National Labor Relations Board’s Buffalo region director is asking a federal court to reinstate seven local Starbucks employees who were fired, amid ongoing efforts to unionize workers at Starbucks stores around the country, and opposition by the Seattle-based corporation.

If consumers cut back on spending – and it’s almost certain that they will because their wages aren’t keeping pace with record-high inflation – it means that the Buffalo Niagara economic recovery is likely to pause or take a few steps back, but so far that hasn’t happened, and job growth has been slow but steady throughout the first five months of this year.

Medaille University President Kenneth Macur has retired at 66, and Lori V. Quigley, a former provost and senior vice president at the school, will become interim president. Macur, who held the role since 2015, had come under fire on a few occasions over the past two years.

Workers at a Starbucks in Cheektowaga will vote again on whether to unionize, after the result of the first election was inconclusive, just as a Starbucks executive who was a frequent presence in Buffalo-area stores amid the union’s organizing efforts is leaving the company.

Developer Douglas Jemal is preparing to start the cleanup from a collapsed garage at the two-story Meidenbauer House, a Civil War-era home in the Fruit Belt, as he proceeds with plans to save, renovate and revive the structure.

Perry’s Ice Cream Co. wants to expand its production of novelty treats at its Akron operation, and is planning to construct an addition that would house an extruded ice cream machine.

A growing 76-year-old trucking and logistics company Speed Global Services is seeking to renovate 21 old manufacturing buildings on Vulcan Street in the Town of Tonawanda as part of the $7.145 million project to gain significantly more space for warehouse and distribution.

With jobs hard to fill, nursing homes are becoming a hotbed of labor activism as workers push for higher wages at unionized facilities.

SUNY Erie Community College is poised to cut staff by more than 150 people in the next month – and that’s just the beginning of the restructuring needed to keep the college alive, ECC President David Balkin told county legislators Thursday.

As Erie Community College works on its 2022-23 budget, Erie County Executive Mark Poloncarz, in a letter to county legislators, warned that ECC has “one additional year of breathing room left” to make cost-cutting reforms or face dire consequences.

Five reads from Buffalo Next:

1. Jeff Gingerich will become the first non-Catholic to lead St. Bonaventure University: Growing up Mennonite on an Iowa farm – living simply and serving the marginalized – set the stage for his career in education and role as the 22nd president at the nation’s oldest Franciscan college.

2. Companies large and small are taking a harder look at how much office space they need: Many employees prefer working remotely, and are doing so productively, which can leave employers paying for a lot of leased space sitting empty.

3. The Buffalo Niagara region added 1,400 jobs during May: The job market continued its slow but steady recovery from the Covid-19 recession. It is an encouraging sign for the region’s economy at a time of soaring inflation and rising interest rates.

4. The gasoline tax suspension provided only fleeting relief from soaring prices that now are approaching $5 a gallon: It has drivers changing their habits, skipping road trips that they would otherwise be taking and looking for different ways to save.

5. New Western New York tech boot camp: ‘A shining example of the power of diversity’: Buffalo’s Tech Academy Data Analytics Bootcamp, the first of its kind in Western New York, has its first graduates. The initiative aims to build a tech workforce that represents the area’s diversity and fills the needs of local companies.

The Buffalo Next team gives you the big picture on the region’s economic revitalization. Email tips to buffalonext@buffnews.com or reach Deputy Business Editor David Robinson at 716-849-4435.

Was this email forwarded to you? Sign up to get the latest in your inbox five days a week.