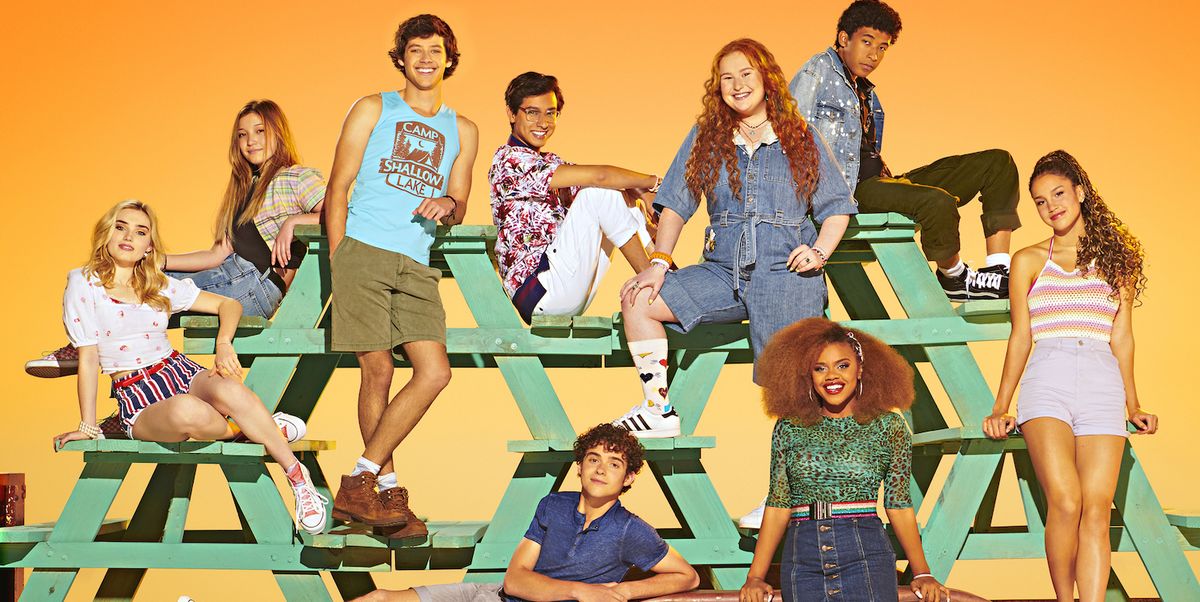 The East High Wildcats are back on Disney+ for theatre camp, and it looks like we’re about to get a whole new dose of teen drama. High School Musical: The Musical: The Series is coming back for its third season with a ton of new season 3 cast members. It’s a lot to unpack, I know.

Let’s give a little rundown on what happened with our fave campers in season 2, shall we? After a successful performance of High School Musical in season 1, the drama club is back and ready to perform High School Musical 2. Miss Jenn (our drama adviser extraordinaire) wants to enter her students into a prestigious theater competition… until she realizes one of the clubs they’re going up against is run by none other than her ex. Oy vey. They switch gears and put on a rival production of Beauty and the Beast with an original song for The Rose by Nini herself… because Nini dropped out of her prestigious acting program about a week after she got there. The Ricky/Nini drama, at least on screen, took a backseat to some Carlos/Seb drama and the slow burn romance between EJ and Gina. They finally got their ish together at the end of the season, yay!

Yes, you might know and even love some of the cast by now. But there are so many fresh faces who are about to cause a stir in season 3. Here’s who we’re gonna see next…

The trailer, in case you’re in need…

Portrays: Nini, a musical theater aficionado who played Gabriella Montez in last semester’s production of High School Musical. Since she arrived late for Beauty and the Beast she played The Rose… but obviously made it her own, as only Nini could.

Fun fact: Um, if you haven’t listened to Olivia’s hit single “Drivers License”—or heard about her drama with Joshua Bassett—stop reading this and put the song on BLAST.

READ MORE: Who is Olivia Rodrigo?

Portrays: Ricky, the skateboard enthusiast who has some past relationship issues with Nini. He played Troy Bolton in the play last semester, despite initially not having any interest, and then the titular Beast in Beauty and the Beast. Quite the resume!

Fun fact: He’s not just at the center of drama with Olivia Rodrigo…Josh also has a tune or two out about relationships (we can’t confirm if they’re about his costar though).

READ MORE: Who is Joshua Bassett?

Portrays: Kourtney, Nini’s best friend who works in the costume department until her friends convinced her to audition in season 2, and she was cast as Mrs. Potts!

Fun fact: Although relatively new to Hollywood, Dara is already a familiar face with Disney viewers. She starred in the 2018 Disney Channel film Freaky Friday (not to mix up the iconic 2003 remake with Lindsay Lohan).

Portrays: Gina, a transfer student to East High who dreams of becoming a theater actress. She portrayed Taylor McKessie in East High’s production of High School Musical and Babette in Beauty and the Beast. She’s overdue for a starring role IMO!

Fun fact: Yet another former Disney Channel star is in our midst. Aside from HSM: TM: TS, Sofia is best known for portraying Buffy Driscoll on Andi Mack.

Portrays: E.J., a jock and Nini’s ex-boyfriend. He played Chad Danforth in last semester’s play and Gaston in the spring musical, obviously.

Fun fact: He’s an animal lover. Matt loves to cuddle with his dog Kota, and his IG is definitely a good place to find photos of the duo. Tell me that isn’t adorable!

Portrays: Ashlyn, E.J.’s cousin who wants to become a songwriter. She played Miss Darbus in last semester’s play and SLAYED as Belle in Beauty and the Beast.

Fun fact: She comes from a long line of industry folks. Julia’s father is a voice-over actor, her grandfather was an actor for more than four decades, and her uncle composes music for various movies and TV shows. She is currently on Broadway as Little Red Riding Hood in Into the Woods!!

Portrays: Big Red, Ricky’s best friend and occasional stage manager whenever needed. He made a star turn, however, as LeFou in Beauty and the Beast.

Fun fact: He’s actually really close friends with fellow costar Andrew Barth Feldman, who will make his debut on the show this season.

Portrays: Mr. Mazzara, the STEM teacher at East High who isn’t so happy with the school’s focus on the arts. But like… maybe he’ll do some light design and maybe he has a crush on Ms. Jenn.

Fun fact: Aside from acting credits in roles like Kevin Can Wait and Chicago P.D., he starred opposite Chadwick Boseman and Sterling K. Brown in the critically-acclaimed 2017 film Marshall.

Portrays: Seb, a student at East High who’s dating Carlos and lives on a farm, famously. He was cast as Sharpay Evans in last semester’s production of High School Musical. He was then Chip in Beauty and the Beast, awww!

Fun fact: Hello, college grad—Joe recently graduated from the University of Michigan, where he majored in musical theater.

Portrays: Carlos, an East High student and the choreographer for the drama club. He played Lumiere in Beauty and the Beast.

Fun fact: Um, there’s a chance he’s dating onscreen boyfriend Joe Serafini in real life…can we use Insta as a means of evidence?

Portrays: Miss Jenn, the drama teacher at East High who supposedly appeared in the original movie.

Fun fact: It makes sense Kate is portraying the theater adviser on the show—she has a ton of Broadway credits under her name. She’s starred in musicals such as Wicked (she played Glinda) and Beautiful: The Carole King Musical, and she’s even part of a singing-songwriting comedy duo.

Portrays: Antoine, a French foreign exchange student at North High who immediately catches feelings for Ashlyn and loves flirting with her.

Fun fact: Not only is he famous for making his Broadway debut in Dear Evan Hansen (he portrayed the titular role!), but he’s about to get a whole lot smarter when he attends Harvard in the fall. Oh, and he founded a theater production company when he was just 12.

Portrays: Jack, a high school student who is charming and has a head full of dreams.

Fun fact: Aside from his other famous roles (he was in Andi Mack and the DC Universe movie Shazam!), he’s also a talented singer. He released a single in 2019, “One Thought Away,” featuring none other than rapper Wiz Khalifa.

Fun fact: The dancing pro is not only a two-time Emmy Award winner for his time on Dancing With the Stars (he even has six Mirror Ball trophies under his belt!), but he also was an extra in Harry Potter and the Sorcerer’s Stone. Don’t believe us? Check it out here.

Fun fact: Another Broadway alum on the roster: Like fellow costar Andrew Barth Feldman, Roman was recently an understudy in Dear Evan Hansen. He even made theater history in December 2019 when he appeared as the first Black Evan Hansen!

Portrays: Lily, a new East High student whose competitive side is extremely well hidden under her sweet exterior. She was secretly a mole, and played Belle in the rival production!!

Fun fact: Disney fans may not know her, but Days of Our Lives fans sure do. She’s been playing Claire Brady on the longtime soap opera and recently received a Daytime Emmy for it.

Fun fact: You know him from Modern Family, but Ferguson is a major Broadway star. He originated the role of Leaf Coneybear in The 25th Annual Putnam County Spelling Bee and just won a Tony Award, NBD, for Take Me.

Portrays: Madison, an alumna of the camp where season 3 will primarily take place.

Fun fact: He was in High School Musical. Kidding, that’s not a fun fact, you already knew that… right? He’s also probably done more musicals than the entire HSM cast combined. Bleu was in In The Heights, Godspell, Holiday Inn, and Kiss Me Kate on Broadway and even more at major theaters in DC, St. Louis, and Los Angeles.

Portrays: Val, a CIT (counselor-in-training) and choreographer at Camp

Fun fact: Her DCOM trilogy Z-O-M-B-I-E-S just dropped its third and possibly final “out of this world” installment. She’s also a former Broadway Kid and was an understudy for Sound Of Music Live (remember that????) so she has the theatre chops.

Fun fact: He’s also a musician. Next Olivia Rodrigo, anyone? This is is screen acting debut, so we’re excited to see!

Fun fact: Yes, that’s Hannah Montana’s brother finally in an age-appropriate role. According to an IG post from 2019 he served as an acting coach/mentor in season 1—so cool that he’s back in front of the camera in season 3!!