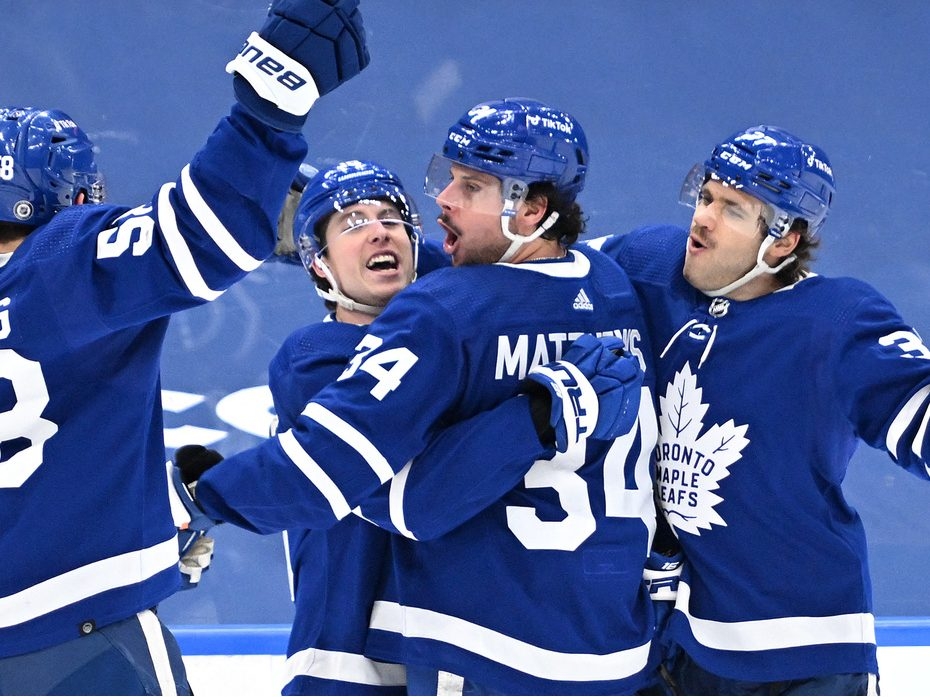 With training camp starts Wednesday, expect their mercurial masses to feign disinterest until playoffs – then many will sound the Internet alarm should Toronto not sweep Ottawa in Saturday’s exhibition doubleheader.

To that end, Sheldon Keefe enters this season 10th in career NHL coaching points percentage (.678) off a record 54-win season, then saw Betonline.ag list him first on the firing line among 31 NHL peers with 13-to-2 odds.

His boss, Kyle Dubas, on the verge of managing the best consecutive post-season qualification record here since Pat Quinn, still enters the last year of his contract in limbo.

The negativity clouding all those positives has to do with the lengthening line at the end of each season’s tally – ‘lost in first round’ – now at six, with 18 total years since a series win and a league-record 55 without a Stanley Cup.

Club president Brendan Shanahan can’t dither forever on where the team is headed, either keeping the faith through a narrowing Cup contender window or being part of a wider defenestration.

April can’t come fast enough, but here’s how the Leafs will open camp, position by position, with the full roster to be released Wednesday as medicals begin.

MAIN EVENT: The battle of incoming versus incumbent has played out many times at Leaf camp, but two September newbies are certainly noteworthy.

Matt Murray and Ilya Samsonov have plenty to prove to their old clubs, but Murray has been in this division in the Battle of Ontario and costing two years at $4.687 million US, will have the most pressure. Because of his Soo ties to Dubas, the latter is confident Murray will be challenged by recent setbacks to find his form with Pittsburgh a few years ago.

Samsonov, a 23-game winner with Washington last year, is the logical starter for the home opener against old pal Alex Ovechkin on Oct. 13, but beyond that, his workload depends on Murray. Low risk at $1.8 million for this year, he might see a lot of exhibition games as the Leafs have just five back-to-backs to New Year’s Day.

IN THE MIX: Erik Kallgren plugged the hole late last year when Jack Campbell and Petr Mrazek faltered, but it’s a Joseph Woll must eventually show the Leafs can still draft and develop a goalie. Minor leaguer Dylan Ferguson is on a PTO, while Keith Petruzzelli did well at last week’s Prospects tournament after coming on the AHL radar.

MAIN EVENT: The playoffs ended amid debate if Timothy Liljegren had passed Rasmus Sandin on the depth chart. Now, neither first round pick will be practising with the main body — Liljegren with an undisclosed injury, Sandin without a contract.

Five principal blueliners are back, likely Morgan Rielly partnered again with T.J. Brodie to augment offence, while Jake Muzzin and Justin Holl provide the physical element. But after his worst season as a Leaf, Holl is looking over his shoulder at UFA Jordie Benn, who could play with Mark Giordano or go higher on the chart.

It would be nice to change the season-long narrative of needing to trade for playoff help on the blueline.

IN THE MIX: The absence of the two young Swedes also provides a longer look for free agent Victor Mete (246 NHL games), Carl Dahlstrom (67, including a few with Leafs last year) and another Marlie, Filip Kral.

MAIN EVENT: It would be shocking if Michael Bunting had a sophomore jinx, considering he plays with the magical Auston Matthews and now aged 27, never fit the actual definition of fresh-faced rookie.

Who slots below Bunting on the line with John Tavares and William Nylander is TBD. If Alex Kerfoot is not needed at centre somewhere, he’s back. Meanwhile, 31-year-old Calle Jarnkrok received lots of love – and a four-year deal at $2.1 million – to fill a left/right wing role on a revamped projected checking line around David Kampf. Jarnkrok’s value increased when Pierre Engvall suffered a pre-camp injury.

IN THE MIX: Deference should be given to Wayne Simmonds for those nights when opposition bullies abound. He kept a summer fitness regimen to earn his ice time among a younger crew. That includes Nick Robertson, who starts on the ground floor if he makes the team and can out-hit Zach Aston-Reese, hungry on a PTO. Not a lot of room here for Kyle Clifford, though he has a potential leadership landing spot with the Marlies.

Mitch Marner and Matthews could generate even more if they avoid the injuries that sidelined them for 10 and seven games respectively as Marner’s shot velocity continues to improve.

William Nylander survived another summer of trade rumours in the wake of the latest playoff collapse, but any impetus to move him is less performance-based than being the one member of the core forwards with a tradeable contract. His centre, John Tavares, also needs to keep the supply chain moving to maximize Nylander.

IN THE MIX: Nicolas Aube-Kubel brings Stanley Cup experience and has something to prove after Colorado didn’t qualify him. He has a shot at the third line unless Jarnkrok crosses over. Joey Anderson seems perennially on the fringe, likewise Denis Malgin, and like Robertson, young Alex Steeves needs to stay healthy. Centre Pontus Holmberg can play the right as well.

MAIN EVENT: Matthews’ playfully weighing in about changing the Leafs’ goal song at SBA indicates less stress after a wrist injury slightly hampered his start last autumn. After garnering MVP honours, 70 goals is not a stretch.

Tavares turned 32 Tuesday and while used to playing major minutes 5-on-5 and on the league’s best power play, he has to continue attention to defence.

IN THE MIX: Supporting Tavares – and continuing the fine two-way hockey that made the third and fourth lines a constant threat – requires the right man in the middle. Kampf was quite a find in that respect at $1.5 million and now Adam Gaudette at half that price could emerge. Jarnkrok could also move over and it will be hard to miss 6-foot-8 Curtis Douglas, at least in camp.