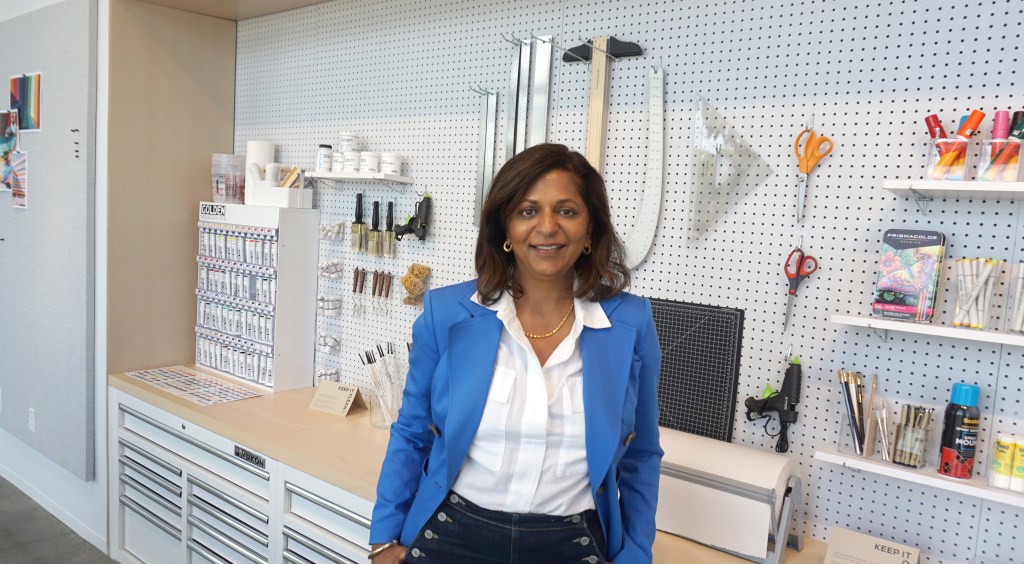 Wednesday marked a major moment for Gap Inc., possibly even an historic one, as the company shifts into high gear on the innovation front.

Four new stores for Old Navy, Banana Republic, The Gap and Athleta opened their doors as a public-facing testing ground for ideas, sitting alongside brand-new “co-lab” areas dedicated to employees’ creative experimentation. That they are built directly into the company’s headquarters as part of its building renovation is symbolic of its evolving digital strategy.

Innovation has figuratively and quite literally moved to the heart of Gap Inc.

The initiatives aim to inform its home city, as much as it was informed by the region — a place that breeds massive tech platforms and even larger ambitions. Silicon Valley has seen companies like Samsung operate test stores to understand how shoppers experience their products, and Google has urged employees to dedicate 20 percent of their time to other projects or experiments.

At Gap Inc., the apparel company’s latest endeavors appear to take a page from both. In a rare interview, WWD spoke with Sonia Syngal, chief executive officer, to learn more about the test stores, co-lab and how they fit into the company’s vision.

WWD: Notably, this opening comes right after your annual meeting in May. You talked about accelerating transformation, being more agile, committed to long-term growth and focusing more on the core business and brands. How does this fit in? Are the stores and the co-lab a physical manifestation of this refocused vision or strategy?

Sonia Syngal: The hub embodies both. The co-lab space was envisioned to have our creative designers, marketers and merchants be able to be hands-on with each other, to have a community. We’ve got hundreds and hundreds of creatives. For them to be able to come together and feed off of each other — to experiment and make things and put them in our stores that we just opened — is part of that vision.

Having the stores open is important, because that puts the customer right there. And we can get real-time feedback from them on our innovations and product, and the experiences that we’re creating.

WWD: What did it mean, building them right into the headquarters versus somewhere else? I noted there’s a window between one store and the co-lab, where the public can check out what’s going on. But that’s a two way window, isn’t it?

S.S.: Being as close to our customers as possible was a key North star. Reducing any barriers from us to that was important. What are they responding to, as we play with the physical experience of retail, as we experiment with what does retail of the future look like for our brands? It’s seeing the reaction to all of that. And [it’s here] in this beautiful setting. This is such an iconic building that our founder Don Fisher built years ago.

S.S.: [The co-lab] was done with such thought and such care, and this revisioning of it — alongside the art that they’ve donated out there — was really to bring light in, to bring fluidity, to remove barriers and to allow creativity to really flow.

WWD: I know tech companies, like Samsung, dedicate stores and workshops as test-and-learn environments. How does that translate here?

S.S.: Creativity for our business is very tactile. We need to feel it. Clothing is something that you need to touch and put on your body. And so, for our team to be able to screen-print or make a fixture for the store, to get new ideas with the tools here, that’s really the [intent]. The creativity.

This space is intended for the new technologies that are here. We’ve got our command center for our e-commerce site here. Our makers, our designers. It’s a blend of all of the key functions.

WWD: Could you see other co-labs or test stores springing up elsewhere?

S.S.: We’re starting here. We have other stores that are experimental, where we innovate. But this is the grand experiment for us, and one that we’re really excited to explore and see what we learn.

WWD: If something tests well here, could we see it launch in other stores and in other areas?