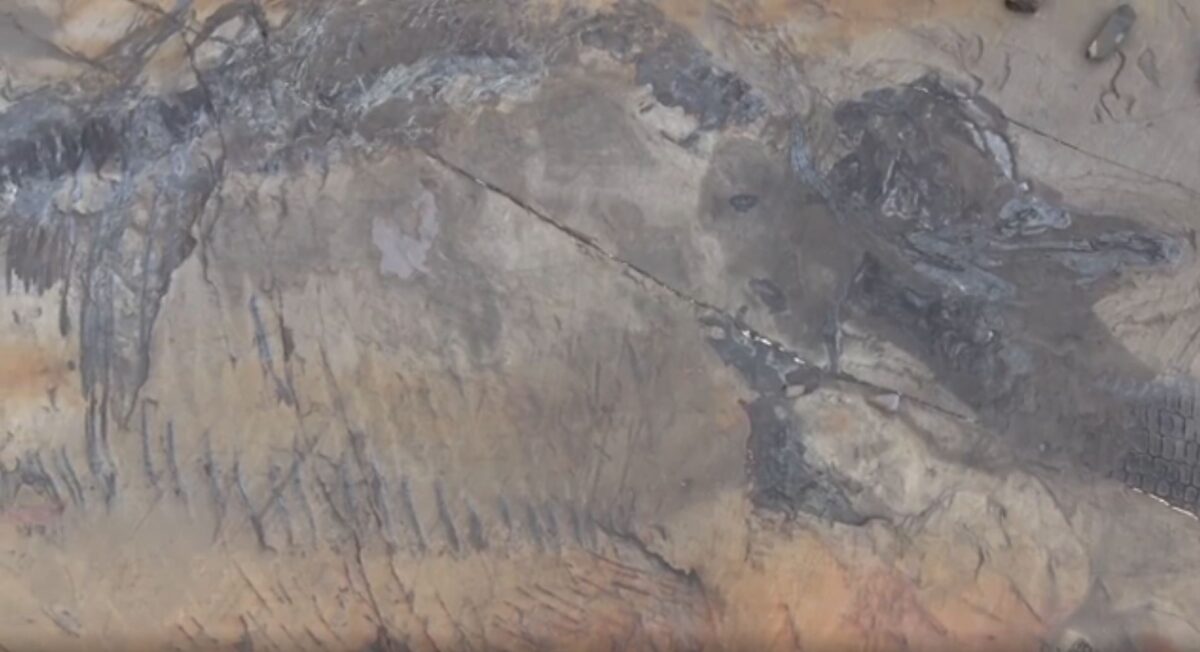 The College of Magallanes introduced on Might 10 the invention of the whole fossil of a pregnant ichthyosaur in Chile’s Patagonian glacier.

The paleontologist who led the workforce mentioned it was the one identified fossil of a pregnant ichthyosaur from the Early Cretaceous interval, between 129 and 139 million years in the past

The four-meter-long fossil was discovered within the Tyndall Glacier, positioned within the Torres del Paine Nationwide Park in southern Chile.

Based on the college, the fossil was found by Judith Pardo-Pérez in 2009 on the final day of an expedition funded by the German authorities.

The feminine marine reptile has been nicknamed “Fiona.”